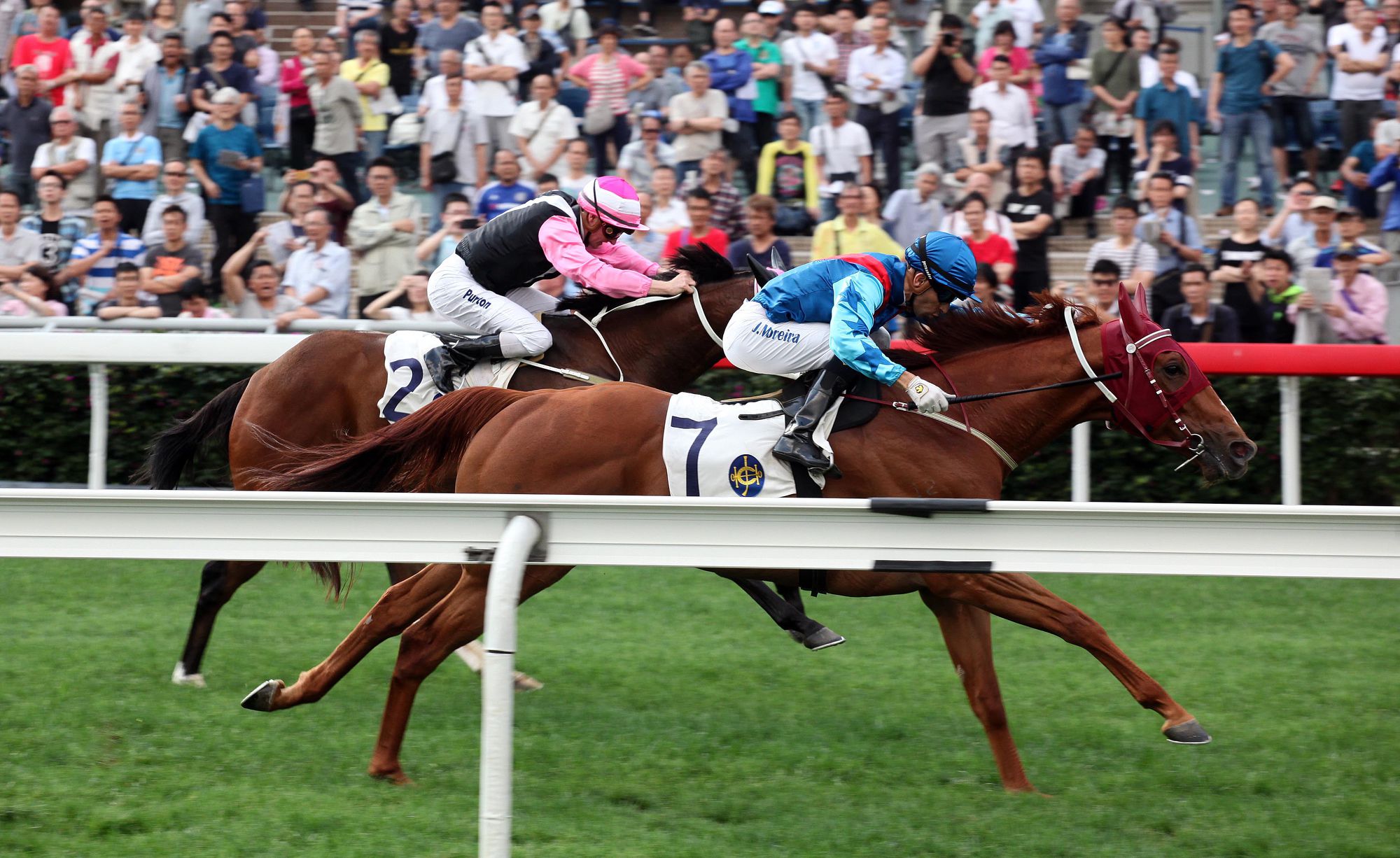 The Chairman’s Trophy in Hong Kong may only have been a Group 2, but for jockey Joao Moreira a win on Rapper Dragon was enough to confirm the Australian-bred as “the best horse in town.”

The Sha Tin card provided a black-type double for Australian produced horses, with Mr Stunning taking home the Group Two Sprint Cup (1200m) and in the process stamping himself as a potential champion in the sprinting division.

After becoming the first horse to complete a sweep of Hong Kong’s three-race Four-Year-Old Classic Series, culminating in the Hong Kong Derby, Rapper Dragon was taking on more seasoned opponents for the first time over 1600m.

Sunday’s win for the gelded son of Street Boss was so impressive his trainer John Moore was moved to compare him to his previous stable star Able Friend.

Moore told the local press: “He’s the best we’ve got in the stable now that Able Friend’s racing career is at an end.

“I don’t know what we’ll do with him after the Champions Mile – I wouldn’t want to bottom him, so that could be it for this season.”

Moreira was equally effusive in his praise for Rapper Dragon.

“When I put him into daylight he finished off so strongly – he was really letting down powerfully.

He added: “Now I’m convinced that he’s the best horse in town. Obviously, that number one spot was open and there to be taken, and he looked like he was going to be the one.”

Rapper Dragon was bred by Henry Cojuangco at Gooree Park and originally raced in Australia as Street Rapper, winning at two and finishing second in the Group One Champagne Stakes.

The earlier win of Mr Stunning marked something of a coming of age as it was the gelding’s first run in Group company, after being crowned Champion Griffin for the 2015-16 racing season.

Trainer John Size said: “I’m very proud of this horse, I always thought he had the ability to get to Group level but I didn’t think it would happen so quickly. And I think that he’s only going to get better next season too, so what he’s doing now is a bonus.”

Mr Stunning’s next target will now be the Chairman’s Sprint Prize on 7 May over the same course and distance, a race where he is likely to meet many of Sunday’s beaten brigade, as well as select runners from abroad.

Mr Stunning has won seven of his 10 outings (with two placings) and he too is by another Darley based stallion in Exceed And Excel (130 stakes winners).

Bred by Makybe Racing in Victoria, the John Size-trained Mr Stunning is one of five winners for Dayjur mare, With Fervour, a sister to 5-time US Group One winner, With Anticipation.