Another Pleasant Result For Makybe 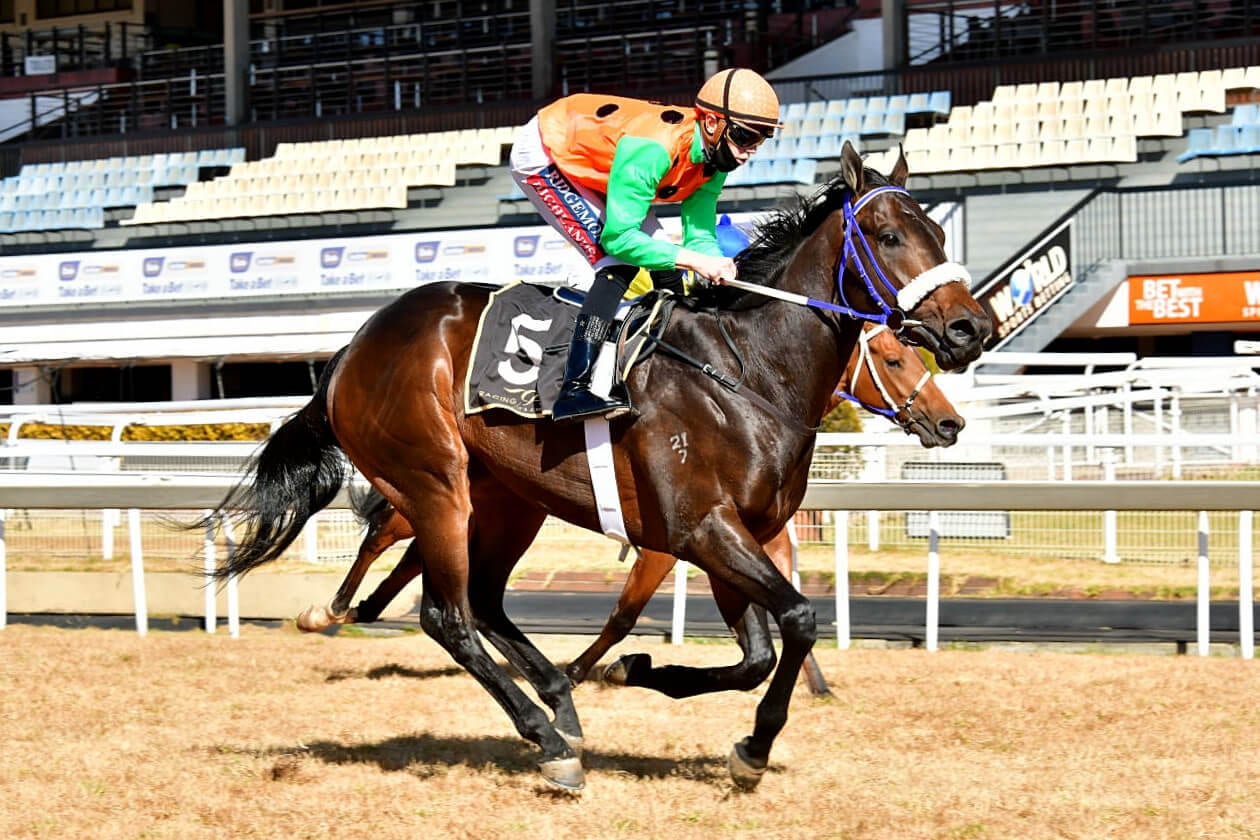 The success of Australian-bred gallopers in South Africa has been monumental in recent times, courtesy of luminaries such as Horse of the Year, Oh Susanna, Group One star, Whisky Baron and Shadwell Stud’s Champion 2YO, Soqrat (who finished second in Saturday night’s Group One Champions Challenge at Turffontein).

However, the real interest at Turffontein on Saturday – certainly from an Australian perspective – was the showdown between locally sourced 2YOs, Mount Pleasant and Najem Suhail, who both came into the Group Two South African Nursery over 1160m on the back of winning debuts.

Ultimately it would be Mount Pleasant who held sway over the very wayward Najem Suhail, with both being trained out of the all-powerful Mike de Kock yard.

Aside from their obvious proximity, stable and track-wise, both Mount Pleasant and Najem Suhail were bred in Victoria and both were sold at the 2019 Inglis Melbourne Premier Yearling Sale.

However, there’s even more of a special connection for the ever prolific Makybe Racing and Breeding which not only bred the winner, but also bred the sire of the runnerup!

Mount Pleasant is by Vancouver, from the Fastnet Rock mare, Life In A Metro, while Najem Suhail is a son of Starspangledbanner, who was a star in every sense of the word, winning a Caulfield Guineas (1600m) and Oakleigh Plate (1100m) in Australia before heading to England where he made it four Group Ones after adding victories in the Golden Jubilee and July Cup.

Notably, Starspangledbanner – the sire of 12 stakes winners including Millisle, The Wow Signal and Home of the Brave – stands at Rosemont Stud, just down the road from Makybe’s boutique property at Gnarwarre.

Owned by Tony Santic, Makybe is of course best remembered for the deeds of Makybe Diva, the 3-time Melbourne Cup winner they bred and raced, Makybe Diva, while Najem Suhail’s breeder, Gilgai Farm, has carved its own corner of history as the source of racing immortal Black Caviar.

Yet, while Makybe’s domestic legacy is already assured via Makybe Diva, Starspangledbanner and the likes of Group One winner, Amicus, the farm has really made its presence felt on a global scale this season.

A recent inductee to Living Legends, the Makybe bred and sold Mr Stunning was Champion Griffin in Hong Kong, a world ranked sprinter throughout 2017 and 2018 before capping his marvelous career with a victory in April’s Chairman’s Sprint Prize at Sha Tin – his third Group One success in a career which yielded HK$61 million (A$11.5 million). Not bad for a horse sold for just $110,000 at 2013 Inglis Great Southern Weanling Sale.

Then, just over a week ago, Makybe’s Lonhro 8YO, Jolly Banner – from a half sister to Makybe Diva – won the Group Three Premier Cup at Sha Tin and has banked A$2.7 million from his eight career successes.

“I wasn’t surprised when Mount Pleasant ended up with Mike de Kock as he’d already trained the All Too Hard half brother, Belton Road.”

Offered through the Two Bays Farm draft, Mount Pleasant was knocked down to Form Bloodstock for $90,000.

Mount Pleasant hails from the first crop of Coolmore Australia’s, Vancouver, and while the colt is his first winner in South Africa, he’s also the initial stakes winner for the Medaglia d’Oro stallion who won the 2015 Golden Slipper.

Mount Pleasant, meanwhile, is from Life In A Metro, a winning half sister to Group One Oaks’ winners Abbey Marie and Absolutely, along with multiple stakes winner, Runaway.

Life In A Metro has had four to race for four winners, including last month’s stakes placed, Quantum Mechanic.

“Sadly, Life In A Metro died last year from a colic attack,” Murray reveals. “We sold her Snitzel colt for $170,000 at the Gold Coast in January and her colt by Sebring will likely head toward next year’s Melbourne Premier.”

Selling between 15 to 20 yearlings annually, Makybe has around 35 ‘active’ mares on farm with a number of ‘retirees’ to keep them company.

Among the latter group is Makybe Diva, who produced her final foal – her 10th – last November.

“The filly is by More Than Ready and it’s likely Makybe will retain her,” Murray explains. “She (Makybe Diva) is rising 22 and while she looks like a million bucks, she tends to put everything into her foals and it’s just too hard on her, so we decided to pull up stumps.

Murray also marvels at another of the mares owned by Santic.

“Gold Anthem is the mum of Starspangledbanner and she’s currently in foal to The Autumn Sun … this will be her 17th foal in a row!,” Murray adds. “We’ll be keeping her Snitzel filly from last spring, her Written Tycoon filly was sold to Sun Bloodstock for $400,000 at Easter in April and her Not a Single Doubt 2YO, The Waterman, is unraced but due to trial this Friday.

“He (The Waterman) has had a couple of setbacks but is with Tony and Calvin McEvoy and they have a huge opinion of him.”

It appears as if Makybe’s season still has some way to run.