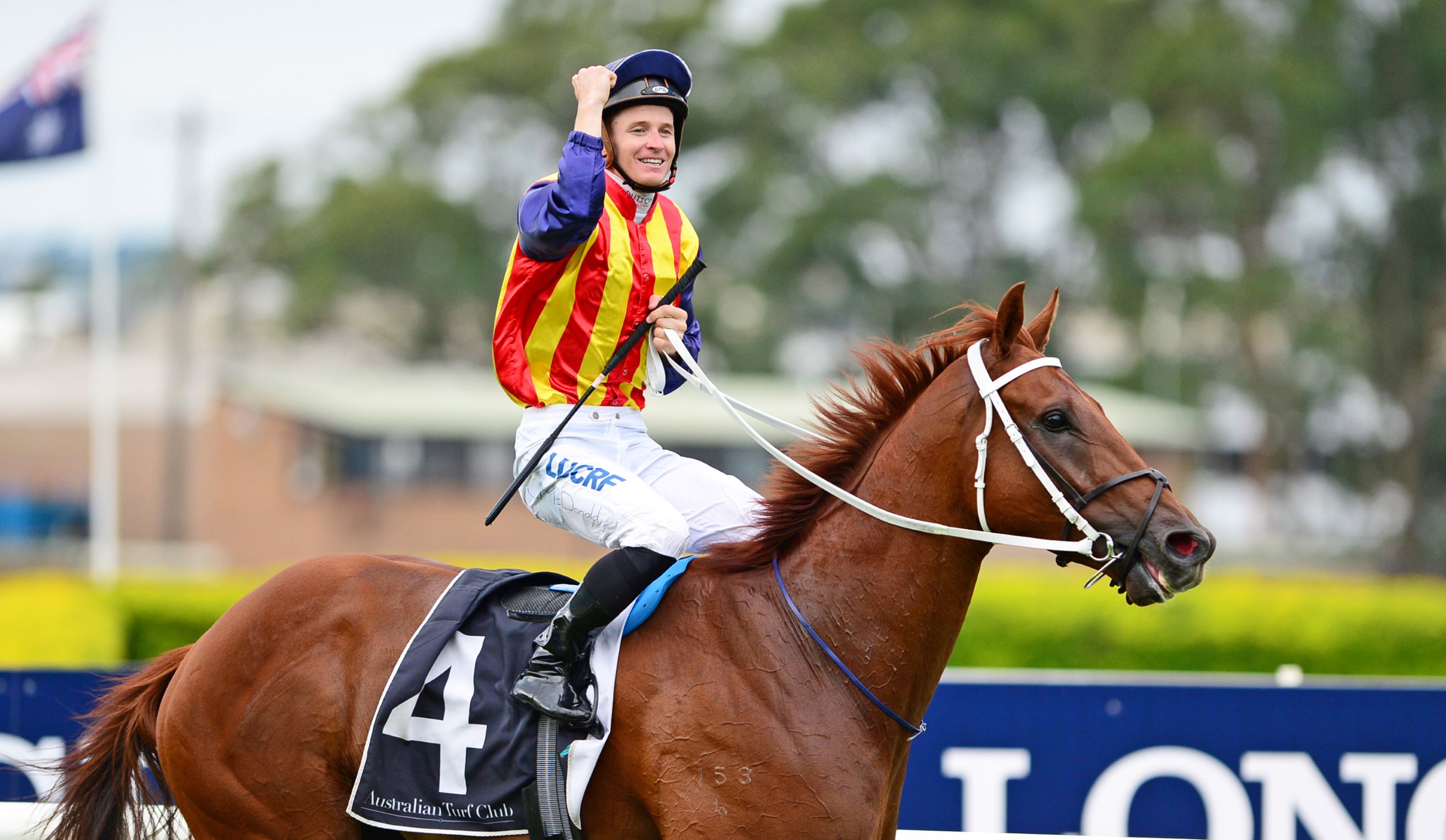 To steal a line from the playbook of former Australian Prime Minister, Paul Keating, Nature Strip’s victory in Saturday’s Group One Ooh! Media Galaxy over 1100m at Rosehill Gardens was a win for the true believers.

Throughout the second half of his relatively short career, Nature Strip has been derided as much as applauded, but the Galaxy gallop has at last put a few demons to rest (by the way, here’s a tip for young players: enter social media at your own risk!).

Coming into Saturday’s flyer, Nature Strip had won nine of his 14 outings, including a Group Two Rubiton, a Group Two McEwen, plus a pair of Listed victories at Flemington (Creswick) and Morphettville (Lightning).

Notably, among the beaten brigade are Sunlight, who has gone on to win three Group Ones, 3-time stakes winner and $2 million earner, Houtzen, and 3-time Group One winner Shoals.

However, some choose to remember the horse for his ‘failures’: a fourth in the Group Two Euclase and, in his two earlier Group One starts, midfield finishes in the Moir Stakes and the Oakleigh Plate.

The monkey came off the back in the Galaxy though, albeit not by much. After leading throughout, a rapidly tiring Nature Strip came close to getting caught by the fast finishing, Pierata, holding on by the barest of margins. But held on he did.

True believer and part-owner, Rod Lyons, has never lost faith in the 4YO son of Nicconi and was full of confidence coming into the Galaxy: “Sure, it was his first run on the Sydney way of going and it was a heavy track, while the four weeks between starts was going to be a factor.

“Earlier in his career though he had been trialled running clockwise and a good judge told me that the horse actually ran better going that way, plus he’d also had a hit out on a heavy surface once before and seemed to swim through it.”

Unfortunately for Lyons, he couldn’t be trackside for the run – having already committed to a close mate’s 70th birthday party in Melbourne – but was buoyed by trainer, Chris Waller’s comments on Saturday night.

“Not sure how much was sinking in by the time Chris phoned, but he reckons Nature Strip is ‘nowhere near the finished product and has room for a ton of improvement’, while (jockey) James McDonald considers him a top shelf sprinter.

“We’ll see how he pulls up this week but he might back up in a fortnight for the (Group One) TJ Smith Stakes (a possible rematch with Sunlight?), take a trip to Brisbane for the winter carnival, or just possibly, have a tilt at Royal Ascot.”

Nature Strip is a half brother to 2YO stakes winner, The Barrister, from the multiple stakes winning Desert Sun mare, Strikeline and was offered at the 2016 Inglis Melbourne Premier Yearling Sale by breeder, Golden Grove Stud Farm. Passed in for $90,000, Nature Strip would later be purchased privately by Lyons and co.

A retired businessman based on the Mornington Peninsula, Lyons has raced horses for close to 50 years and usually has around seven in work. Previously a part-owner of Elvstroem, who won four Group Ones in Australia (plus the Duty Free Stakes in Dubai), Lyons has also paid the feed bills for Group One winning sprinters, Under The Louvre and Super Elegant.

“I got offered Nature Strip by Rob Smerdon and, along with some close mates like Greg Smith and Jack Van Durren, we took 75% of the horse,” Lyons explains. “Rob said we’d get our money back in the blink of an eye as Nature Strip had already been broken in and had left quite the impression on him.

“But the horse went shin sore, was gelded and didn’t end up racing until he was a spring 3YO.

“No-one’s complaining though – he’s a terrific racehorse and I’m sure we’ll have a lot more fun with him.

“I’m not totally sold on the horse going to England but a lot of the owners are Irish and we’d love to get up there on stage at Royal Ascot and sing an Irish song. I’m sure the Queen would really appreciate it.”

Meanwhile, according to Golden Grove Stud’s General Manager, Anthony Swords, Nature Strip might not be the only ‘family’ member we hear about in the weeks and months ahead.

“Nature Strip’s unraced 3YO full sister, Miss Strikepower, is owned by our racing division – Ultra Thoroughbreds – and is back in work with Lloyd Kennewell,” Swords reveals. “Lloyd really has a big opinion of the filly and reckons she’ll go a long way.

“Nature Strip’s mum, Strikeline, was in New Zealand but didn’t get in foal and was covered by (4-time Group winner) Hooked last spring.”

“We (Golden Grove) have around 320 horses which include racehorses, mares, foals, yearlings, along with shares in leading stallions,” Swords adds. “Shamus Award (2013 Cox Plate winner) is owned by Ultra Thoroughbreds’ Sean Buckley and Viv Oldfield who stand him at Widden Stud and we’ve got lots of his youngsters on our farm.

“Golden Grove sells around 25 to 30 yearlings annually but we’re holding on to quite a few of the Shamus Awards as his 3YOs are really starting to fire. Along with Nature Strip and Miss Strikepower, I’m confident it’s going to be a big year.”

HOOFNOTE: Nature Strip becomes the first winner at the elite level for Widden Stud’s Nicconi, who won the 2009 Galaxy, along with a Group One Lightning.

Trained by Lindsay Park and owned by Peter Devitt and Les Gordon, Nicconi has covered over 1300 mares in his nine seasons at stud and little wonder why: with 17 stakes winners and 279 winners overall, Nicconi had four winners on Saturday, while recent black type performers include Group One Blue Diamond Stakes runnerup, Lankan Star, and 2YO, Mayan, who was stakes placed at Moonee Valley on Friday night.