Need An Armee To Stop Criterion? 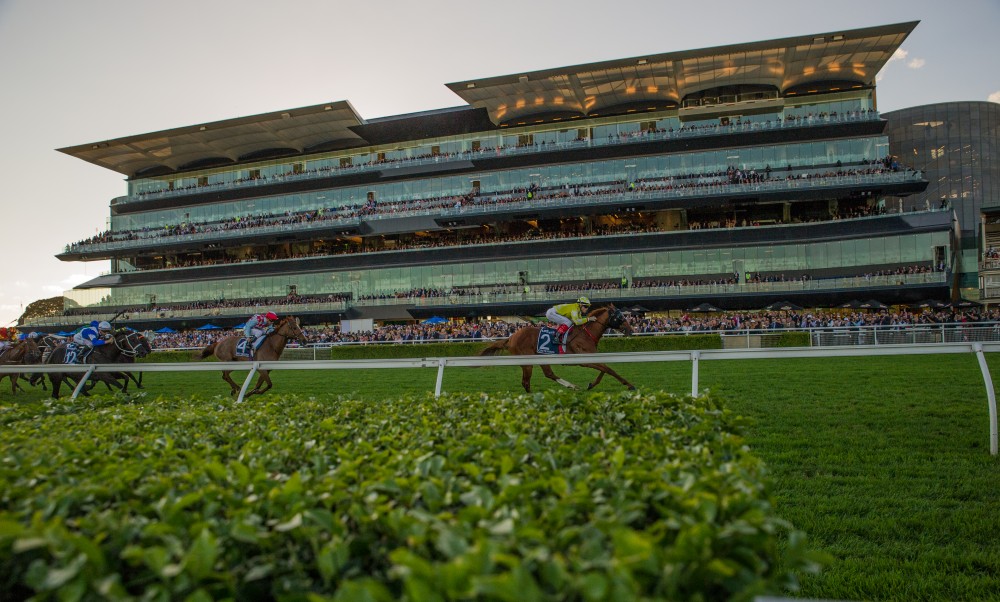 On Saturday week at Royal Randwick, Criterion will attempt to become the first horse to win successive Queen Elizabeths since ‘giant killer’ Grand Armee took out the double in 2004-05.

With Team Criterion quietly confident of going back-to-back in Sydney’s $4 million showpiece, Hall of Fame trainer, David Hayes, told Aushorse in an interview last week (see video), that Criterion would be at his peak for this, his final race.

It all augurs well for one lucky entrant in the Own A Champion For A Day (www.ownachampion.com.au) who could secure a 10% share in Criterion for the Queen Elizabeth and potentially win $200,000 in prizemoney!

The Queen Elizabeth Stakes (2000m) has a long and storied history and was first run as the Queen’s Plate back in 1851 … 10 years before the first Melbourne Cup. Indeed, Archer won the Queen’s Plate in 1862 when it was staged over 24 furlongs (4800m).

Won by Phar Lap in 1930, the by now named Queen Elizabeth would be captured on no less than three occasions by Tulloch (1958, 60 & 61) and subsequently by a host of champion weight for age performers.

Lonhro had won the Queen Elizabeth in 2003 and many expected this racing superstar would repeat the dose as hot favourite the following year in what was to be his last race appearance. This was going to be the first horse since Tulloch, over 40 years previously, to win two in a row and racegoers flocked to Randwick in their thousands.

But Grand Armee hadn’t obviously read the script! The Gai Waterhouse trained gelding had already won six races – including the G1 Doncaster Handicap a year previously (beating Lonhro in the process) – but despite four Group One seconds hence (two of those behind Lonhro), Grand Armee hadn’t won again and no-one truly expected him to trouble the champ in the Queen Elizabeth.

But trouble Lonhro he did – marching away to score by 6 lengths in one of racing’s great boilovers.

It was history repeating itself of sorts as Lonhro’s sire, Octagonal, also farewelled racing in the 1997 Queen Elizabeth after having his colours lowered by Intergaze.

But unlike Lonhro and Octagonal, Grand Armee was up to the task in 2005 snaring his second Queen Elizabeth and writing his name in the record books as one of the stars to bring off the double.

Who knows, maybe those stars will have to make room on the page for Criterion!