New 2YOs All Exceed And Excel 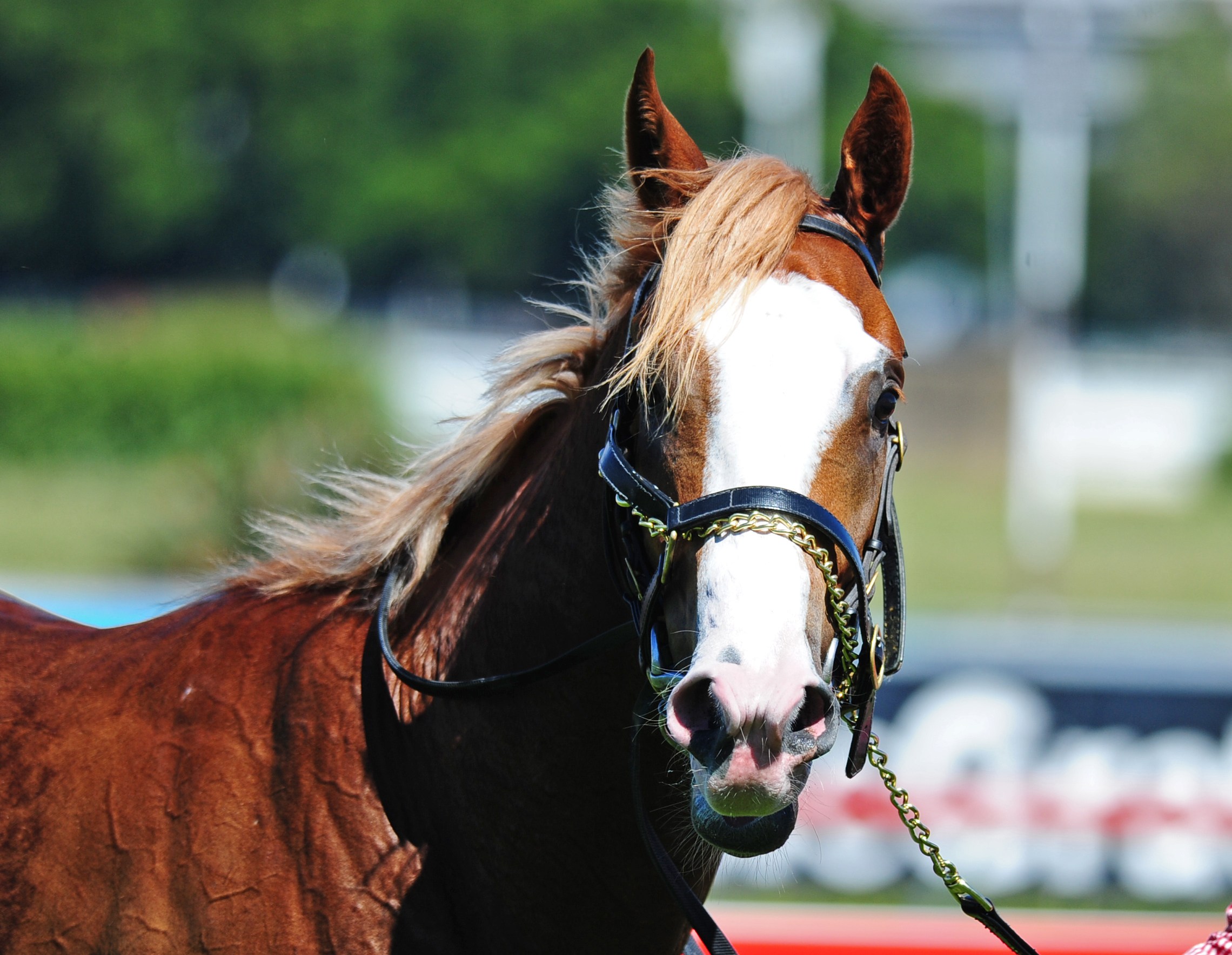 The first of Australia’s stakes races for 2YOs kicked off this weekend with the Gimcrack Stakes and Breeders’ Plate at Royal Randwick on Saturday and the Maribyrnong Trial Stakes at Flemington on Sunday.

Remarkably, each of the winners is by the Darley-based stallion, Exceed And Excel.

Indeed, the Darley bred and raced, Jorda, got the ball rolling in the Listed Keeneland Gimcrack Stakes, when she sat just off the heels of early leaders before launching in the straight and winning by close to a length.

A half sister to two other black type horses in Pursuits and Catalonia, and closely related to Melbourne 2YO stakes winner, Le Mans, Jorda will likely stride a similar path to last year’s Gimcrack winner, Calliope (also a Darley home-bred by Exceed And Excel) who spelled after her debut and returned in 2016 with a victory in the Group Two Magic Night.

And there was a bit of same-same about the Listed Newgate Breeders’ Plate with the now familiar colours of James Harron Bloodstock carried to victory by the flashy chestnut, Khan.

If Khan – from a half sister to 3-time Group One winner Manighar – manages to emulate Capitalist and Vancouver, he will become Exceed And Excel’s second Golden Slipper winner after Overreach in 2013.

David Hayes rounded out the Exceed And Excel treble with the victory of Madeenaty in the Maribyrnong Trial Stakes, and while that race can’t match the Breeders’ Plate-Golden Slipper club (apart from Sepoy in 2010-11), the Shadwell Stud owned filly is bred to be anything.

Out of the lightning quick Set For Fame, who won four black type races and was runner up in the Group One Australian Guineas, Madeenaty was knocked down to Shadwell for $775,000 at the Gold Coast Magic Millions Yearling Sale: the most expensive Exceed And Excel filly sold in 2016.

“She (Madeenaty) was selected by Angus Gold and is a strong, powerful type who looks a lot like a colt,” trainer David Hayes said after the filly had scored comfortably over the 1000m at Flemington. “She has been galloping brilliantly in trials at Lindsay Park and we’re really quite excited about her.”

Likely to be set for the Golden Slipper, Hayes was also full of praise for Madeenaty’s sire: “He (Exceed And Excel) is just high class. With over 120 stakes winners and such a great source of 2YOs, what’s not to like about him?”

Darley’s Alastair Pulford is obviously a member of the Exceed And Excel choir, but believes Hayes is right on the money about the stallion.

“It’s hard not be super impressed by what Exceed And Excel achieved on the weekend (he is also the sire of Sunday’s Group Two Edward Manifold Stakes winner Serenely Discreet), but we’ve thought for quite some time that this would be a really good season for him,” Pulford points out. “It was a terrific book of mares he covered in 2013, both what Darley sent to him, along with the outside mares: most notably Black Caviar.

“He seems to work with all types, but he really does bring out the best in those fast mares like Set For Fame.

“It will be very interesting to see what the coming weeks and months bring about … you certainly couldn’t get off to a better start!”

Exceed And Excel has 101 live foals from the crop conceived in 2013 and the three new black type additions on Saturday and Sunday now has his individual stakes winners tally at 126.

HOOFNOTE: The Australian-bred, Kiwi Ida, became the first runner and first winner for Sun Stud, Victoria based stallion, Squamosa, by taking out the Nobby Bussell Memorial at Riccarton on Saturday.

It too is one of the first 2YO races in New Zealand for the new season, although trainers John and Karen Parsons have had a huge opinion of the filly since she was broken in.