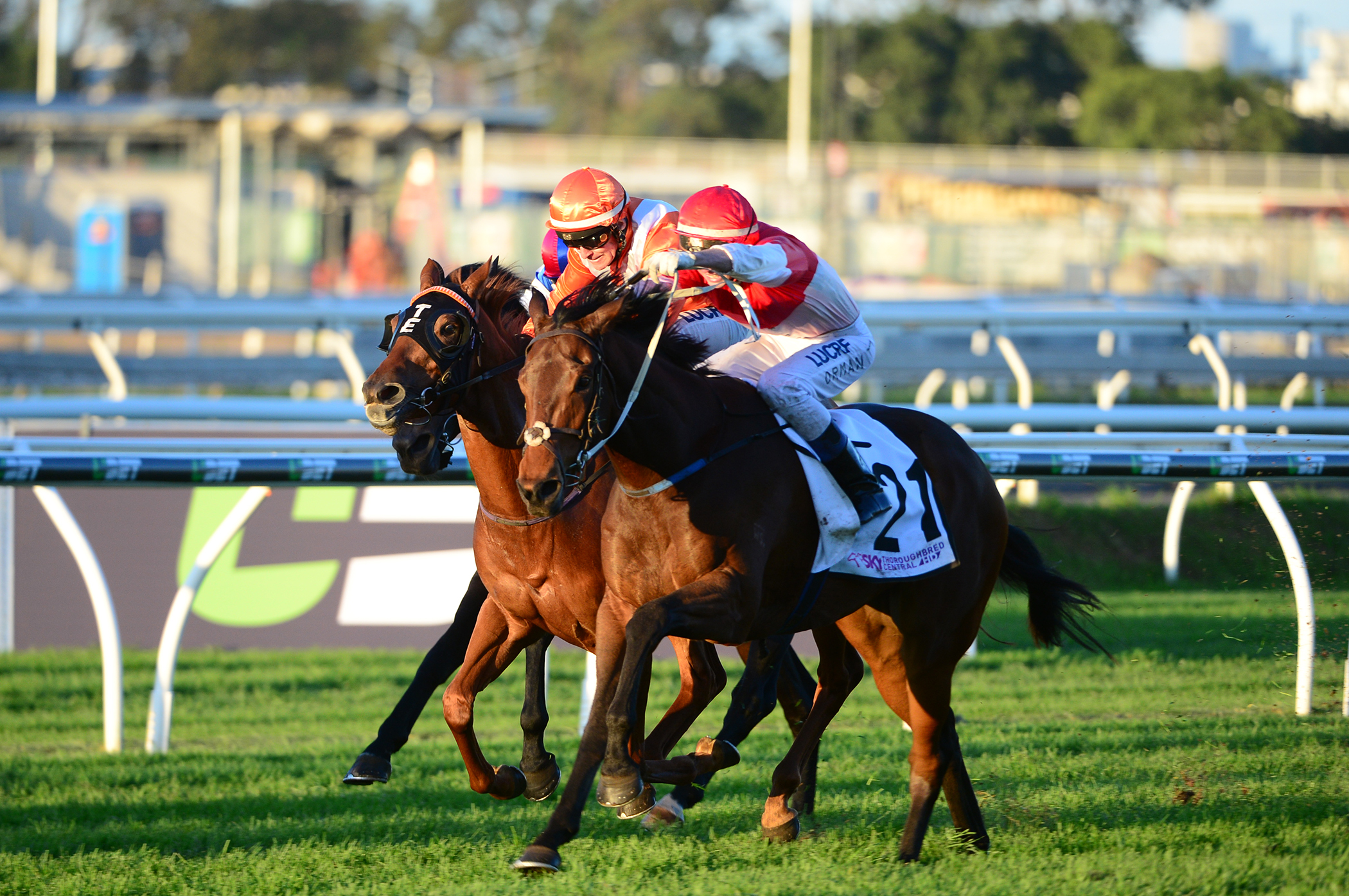 Niccanova races away for a resounding victory in the Gr.3 Fred Best Classic (Trackside Photography).

Steve Tregea has a lot on his plate … not that he’s complaining. Well, not after Saturday anyway.

Tregea’s nifty 3YO, Niccanova – a horse he bred, owns and trains – blazed his way into racing’s black books with a resounding victory in the Group Three Sky Racing Fred Best Classic over 1400m at Eagle Farm: his first at stakes level.

It was certainly a win from the top shelf and the son of Nicconi has now raced on five occasions for four scores and a third, with the promise of much more to come.

According to Tregea, Hong Kong interests are keen for the ‘more to come’ to come elsewhere and have made substantial offers to the breeder/owner/trainer to take the 3YO off his hands.

“They were quick to get on the phone after Niccanova won his debut at the Sunshine Coast (by over two lengths on 22 January),” Tregea reveals. “The interest levels only increased after his third at Eagle Farm and wins at Doomben and on the Gold Coast and I’d imagine after Saturday the calls will only intensify.

“I don’t plan on selling him though. At this stage he’ll race in the (Group Two) Queensland Guineas on 10 June before being tipped out until the spring.

“He’s such a beautifully relaxed horse and I just do it for the enjoyment.

Tregea clearly doesn’t need much prodding to depart the cot as besides having around 20 in work on course at Toowoomba, he also owns and runs nearby Windemere Stud and, what’s more, is principal of a successful agricultural seed business.

“I started training in my 20s but then I began concentrating on building the agricultural seed business and only really got back into training around 20 years ago,” Tregea reveals. “We also set up Windemere Stud (approximately 260 acres) and, while it’s mainly an in-house operation, one year we took around 10 yearlings down to the Gold Coast Magic Millions. However, we’ve scaled back a bit and only have around 10 mares in foal annually.

“I usually switch between the Hunter Valley and Queensland each year to capitalise on the QTIS bonuses, but in 2012 I sent Niccanova’s mum, Dananova, down to Widden Stud to be covered by Nicconi.

“I really like the mating. He (Nicconi) is good value and was a very fast horse.”

(Niccanova is the 13th stakes winner for Nicconi who was the most active stallion in Australia last spring – covering 226 mares – and will stand this season at a fee of $16,500 inc. GST).

Dananova, meanwhile, has an unraced 2YO filly by Top Echelon, a weanling colt by Trusting and is currently in foal to Whittington.

“Niccanova is a third generation member of that family at Windemere,” Tregea adds. “I purchased Niccanova’s granddam, Tarasova, from Swettenham Stud and she was in foal to Danehill, which turned out to be Danaria, the winner of three races. She produced Dananova, Niccanova’s mum, and Dane Princess, who also won four races for us and is another of our on-farm mares.”

Between breeding, training, running a business and taking international phone calls, it doesn’t appear like Tregea is going to get a sleep-in any time soon.