No Return For Macarthur But Highgrove Happy 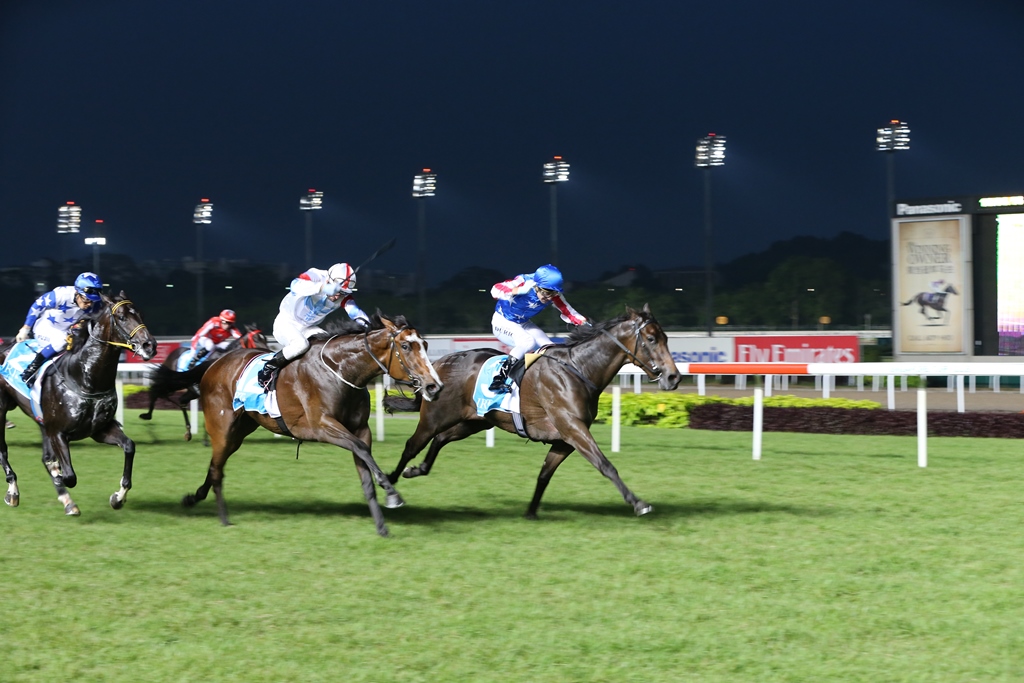 Ron Gilbert would be the first to admit that breeding racehorses can have its ‘moments’. Gilbert’s Highgrove Stud is one of most successful producers of elite thoroughbreds in Queensland and has this year a great deal to write home about with, Attention, winning the Group Two BRC Sires’ Produce in May while another of its home-breds in, Three Sheets, a resounding winner at Randwick on Saturday. Gilbert also cheered home the highly promising, Macarthur, in Friday night’s IRT Juvenile Stakes in Singapore – the fourth leg of the Golden Horseshoe series – but that path hasn’t exactly been strewn with gold.

Gilbert purchased Macarthur’s dam, Mozambique, for $1.6 million at the 2007 Inglis Australian Easter Yearling Sale and, while the best she could manage was a Gosford Maiden, her breeding was impeccable. Her granddam, Savana City, was a Group One winner who would later produce four stakes winners of her own: Rose O’War and Hong Kong star Mr Vitality among them.

Sending Mozambique to Lonhro, she slipped the first foal, then produced a Lonhro filly – Maputo Express – which Highgrove sold to Hawkes Racing for $200,000.

Her next foal, Macarthur, is showing signs of being something special based on Friday’s performance, but sadly, Mozambique had to be euthanised the following year, in foal to All Too Hard.

And if that wasn’t enough to put a wrinkle in your day, Gilbert reveals that selling Macarthur proved to be a task in itself: “First off, Highgrove breeds to sell. I love seeing them race, but up here in Toowoomba, its not always that easy to get to the track and anyway, I get just as much a thrill with watching as owning.

“I definitely had no intention of ‘owning’ Macarthur. He was a really good style of colt, by Charge Forward, and was part of the Highgrove draft for last year’s Gold Coast Magic Millions.

“He (Macarthur) had a good share of inspections but I knew early that we’d be in trouble. Just a feeling. Most times you go to the sale and have an idea as to how they’ll sell but for whatever reason, he ended up getting passed in (for $65,000 with a reserve of $80,000).

“It was one of the biggest shocks I’ve had at a sale.

“Charge Forward is a great sire, a proven sire, but they (buyers) did seem to be very focused on the first season sires like Sepoy and Foxwedge at that sale.

“Anyway, afterwards, Gai Waterhouse came up to me and said I should give her the colt to train. Gai always comes up to the farm every year: always makes the effort and so I thought, why not.

“He went into work with Gai and was named Tribal. He trialled at Randwick, looked promising, went shinny at his next trial and then I got a call from Steve Levar.

“My wife Deb and I had previously raced a horse called Bugatty that we’d picked up at a Ready To Run and he would later place in a Blue Diamond Preview.

“Steve purchased Bugatty from us and we’ve kept in touch. Recently he phoned me up looking for a horse on behalf of an American client, one that could race in Singapore’s Aushorse Golden Horseshoe series.

“We negotiated a deal and the next thing, Tribal – now called Macarthur – is on the plane to Singapore. I was so happy for them on Friday night … Macarthur is clearly a very tough horse with Steve telling me that he’d run the first 400m in 22 seconds flat.”

Sadly for Gilbert, Highgrove doesn’t have any relations to Macarthur to carry on the brand.

“Unfortunately Mozambique was our one and only, so, unlike the other Macarthur, there won’t be an ‘I shall return’ in that regard. However, I’m like a lot of trainers and stick to families from which you’ve had success.

“I selected Flamboyance – the dam of Attention – from the 2006 Gold Coast Magic Millions Yearling Sale and given all that has been happening around Attention this year, I managed to pick up an Encosta de Lago mare, from a half sister to Flamboyance, at the recent National Broodmare Sale.

“Sure, it’s disappointing when you lose a mare like Mozambique but there is always plenty of upside and let’s put it this way, I’ll be cheering on Macarthur in the Aushorse Golden Horseshoe Final on 8 July.”