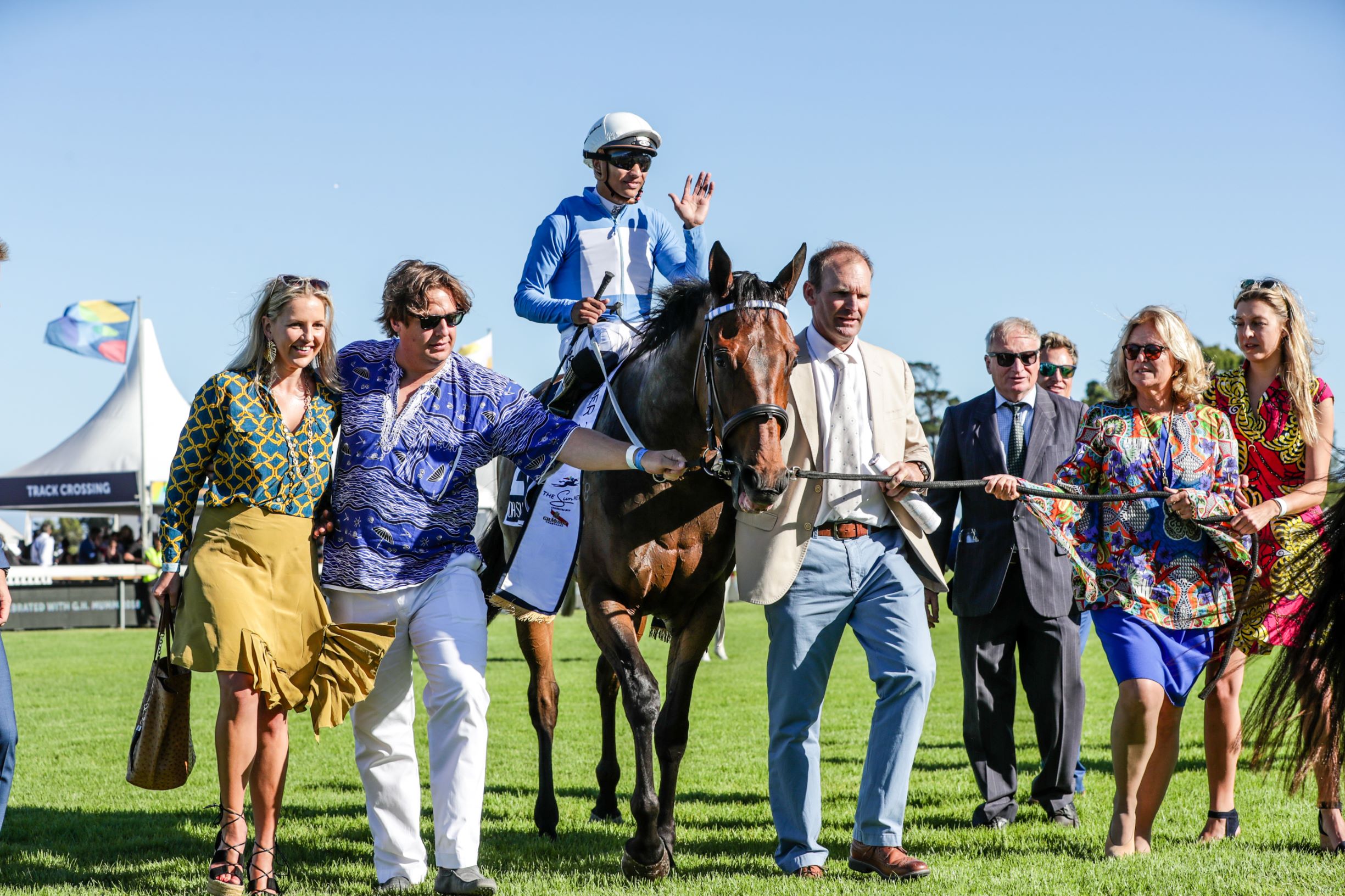 It’s not unusual for a broodmare to produce multiple winners … even two winners on a given day.

However, two stakes winners in the space of 12 hours – thousands of kilometres apart – is worth writing home to mum about.

‘Mum’ in this case is the remarkable, Sharp Susan, dam of both nifty colt, Signore Fox – winner of the Listed Daybreak Lover at Eagle Farm – and South African Horse of the Year, Oh Susanna, who made a welcome return to the winners’ enclosure with her victory in the Group Two Tibouchina Stakes at Greyville.

Trained by Peter and Paul Snowden, Signore Fox had previously won four of his 16 starts, but the Daybreak Lover would be his black type coming out parade.

The 159th stakes winner for Exceed And Excel, Signore Fox will now be sent for a spell but the stakes success in Brisbane clearly offers a number of rich options for the spring.

Oh Susanna, meanwhile, showed why she was named South Africa’s No. 1 racehorse in 2017/18 with the Tibouchina following on from Group One heroics in the famous Sun Met (the first 3YO filly in 113 years), the Woolavington 2000 and, on two occasions, the Paddock Stakes (her most recent in January).

Both Oh Susanna and Signore Fox were bred in Australia by Gaynor Rupert’s Drakenstein Stud: who acquired Sharp Susan after she was purchased by Badgers Bloodstock for $1,050,000 at the 2012 Inglis Broodmare Sale. Sharp Susan, a multiple Group winner in the USA, was originally purchased in 2008 by Tyreel Stud for US$2 million.

“It was a memorable day, that’s for sure,” Drakenstein Stud’s Racing Manager, Kevin Sommerville enthused. “Congratulations to the owners of Signore Fox as they paid quite a bit of money for him ($300,000 at the 2017 Inglis Easter Yearling Sale) and he’s clearly a very good racehorse. I was reading the reports and the Snowdens have a high opinion of him. Great to see the owners rewarded for their faith.”

Sommerville was naturally thrilled too with Oh Susanna’s triumph, but feels the reigning Horse of the Year is now a race by race proposition.

“It’s up to the ‘boss’ (Gaynor Rupert) but the most likely option at this stage is the (Group One) Garden Province Stakes at next month’s Durban July meeting,” Sommerville reveals. “The Champion Stakes, late in the season and against the boys, is something to be considered too. Oh Susanna beat all-comers in the Met and has pretty much done all that’s been asked of her but, again, it’s really up in the air.

“Due to quarantine issues we can’t really campaign her overseas, but either way she’s a very valuable mare now and we won’t be rushing any decisions about her racing or breeding future.”

(The sire of 127 stakes winners, the late Darley stallion, Street Cry has produced 23 Group One winners including Winx, Zenyatta, Street Sense and, as of Saturday, the $1.5 million Stradbroke Handicap winner, Trekking).

Signore Fox immediately followed Oh Susanna, while Sharp Susan has an unraced Fastnet Rock 2YO filly, Fast Susan … her final foal in Australia prior to the mare being exported to Ireland.

“She (Sharp Susan) is an incredibly versatile mare,” Sommerville adds. “She has a Galileo yearling filly and a Frankel colt at foot in Ireland, while Biblical Susan has a filly on the farm by our Group One stallion, Trippi.

“Unfortunately, Fast Susan suffered an injury as a foal and won’t race but is likely to stay at Coolmore in Australia and, in due course, become a broodmare. Given the versatility of the family, there are any number of options in terms of stallions.

“Drakenstein also has an Exchange Rate mare at Coolmore, Greta G, who was a Group One winner in Argentina.

“With days like Saturday, our association with Australia has certainly been a successful one.”