Once More With Emotion 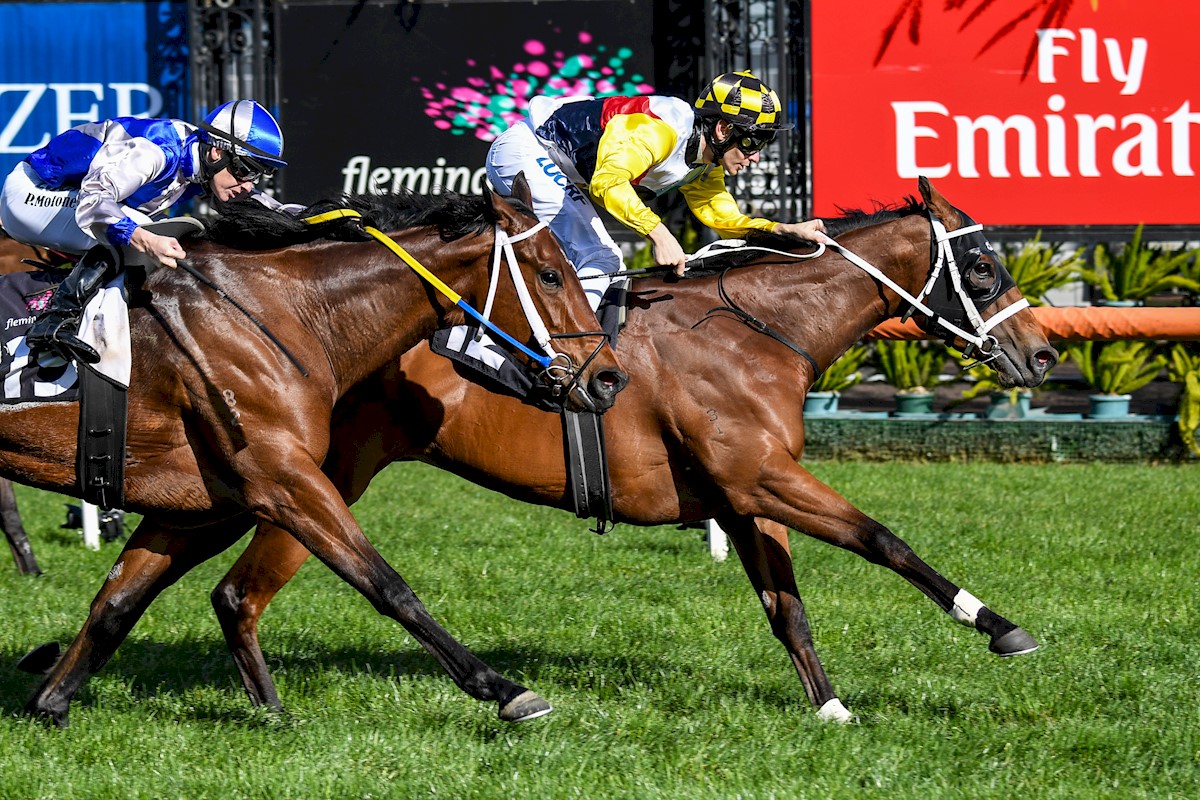 People get involved in the thoroughbred industry for a whole range of reasons.

For Valda Klaric it evolved from her time as private secretary to businessman and racehorse enthusiast, Alec Dodson.

When Dodson passed away, he still owned a few racehorses and mares, including a rising 2YO by Bletchingly whom he frequently told Klaric “had ability”.

Klaric’s interest in racing and breeding up until then was only minimal, but when left in charge of Dodson’s estate (including horses) she became more involved in the day-to-day.

Professional necessity quickly became something more though when the Bletchingly colt was named Canny Lad and went on to establish lasting fame by capturing the 1990 Golden Slipper.

Following his stellar racing career – Canny Lad also won the seven other stakes races and finished second in the Blue Diamond and third in the Cox Plate – he would be retired to Woodlands Stud in 1992 and go on to sire 54 stakes winners of his own … Group One winners Accomplice, Dodge, Republic Lass, He’s No Pie Eater and Preserve among them.

The rise and rise of Canny Lad proved to be a “catalyst” for Klaric’s own involvement and she now “has a handful of mares” in her own right from which she “sells a couple and races the rest”.

And from her small team, the stars were certainly in alignment on the weekend with homebred Snitzel mare, French Emotion, breaking through for a well deserved victory in the Group Two Blazer Stakes at Flemington on Sunday, while it could easily have been a black type double after another of her mares in Kaniana grabbed second behind Don’t Doubt Mamma in the Group Two Zoustar Stocks Stakes at Moonee Valley on Friday night.

“It was a tremendous thrill … I certainly haven’t had a weekend like that for a while,” Klaric enthused.

“French Emotion really had to do it the hard way, coming from barrier 16 and I knew we’d need some luck.

“She’s been a very good mare with four wins and eight placings and the win in the Blazer has now got her the all-important black type.

“Her half sister, Love For Ransom, had similar ability but unfortunately got injured.”

Kaniana, meanwhile, is somewhat fittingly by Canny Lad and she too added black type for the first time.

Klaric owns a farm in Victoria’s north east from which Richard Kerry and Jarrod Byers have run their successful Millford Thoroughbreds operation for the past eight years.

It’s been a tremendous run for Millford in recent times as, apart from foaling down and rearing both French Emotion and Kaniana, Kerry and Byers foaled down and raced this year’s Group One Goodwood Handicap winner, Precious Gem, while others to graduate under the Millford banner include Cox Plate winner, Pinker Pinker, and South African Guineas winner, Arcetri Pink.

“That was terrific to see Valda get such a good result,” Byers points out. “She’s been a tremendous supporter of Millford Thoroughbreds and is really passionate about her horses.”

Loyal Sydney Swans fan, Jon Freyer, is still licking his wounds after Saturday’s Grand Final loss to the Western Bulldogs, but has fared much better in his role as Arrowfield’s Bloodstock Manager.

French Emotion became Snitzel’s 43rd stakes winner and capped off a remarkable weekend for the stallion after Russian Revolution’s Group Two victory on Saturday, while the farm also tasted black type success with Not A Single Doubt, who set Moonee Valley alight on Friday night with Extreme Choice capturing the Group One Moir and Don’t Doubt Mamma winning the Group Two Stocks Stakes.

“Snitzel, Not A Single Doubt and Redoute’s Choice have worked a tag-team this spring with 15 Australian stakes wins between them in the first nine weeks of the season,” Freyer enthused. “All four stakes winners were impressive, but Extreme Choice was spectacular in the Moir and Russian Revolution’s defeat of Astern and Capitalist really stamps him as a quality colt.”