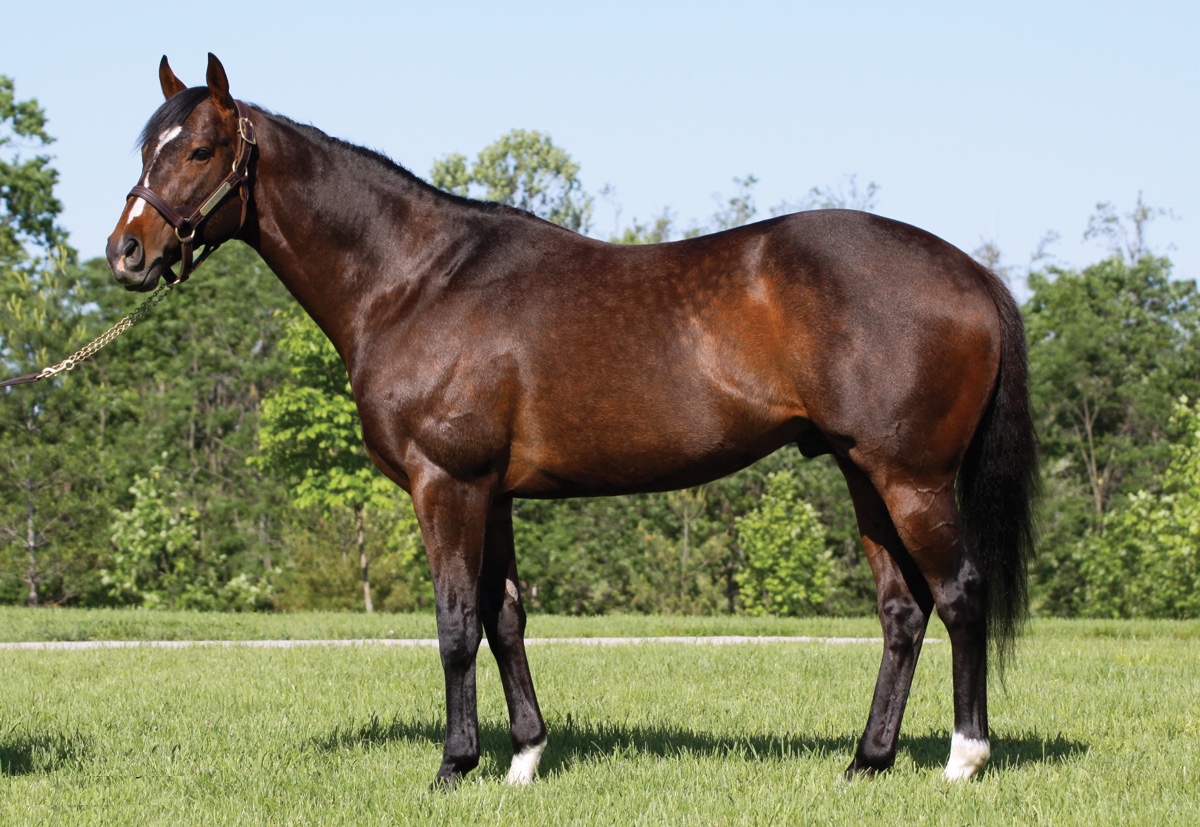 Artie Schiller, the sire of Our Mate Art (Aquis Farm)

If you’ll excuse the pun, it’s been a long time between drinks since Australian-bred, Miss Lindeman, won the Group Three Matchem Stakes at Durbanville in South Africa … way back in 1972 as a matter of fact.

However, two Australian sourced 4YOs in Our Mate Art and Table Bay made up for lost time in Saturday night’s Matchem, fighting tooth and nail for supremacy over the 1400m.

In the end it was the Candice Bass-Robinson trained, Our Mate Art, who prevailed by a  head to register his first stakes victory since heading to South Africa in April 2015.

The 38th individual stakes winner for Aquis Farm’s Artie Schiller (also sire of 2016 Group One Coolmore winner Flying Artie), Our Mate Art had been placed on four occasions at Group level leading into the Matchem.

Table Bay, on the other hand, was seeking a third stakes victory after earlier victories in the Cape Classic and Langerman Handicap.

Hailing from the Stravinsky mare, Laureldean Dream, and closely related to Champion Irish 2YO Colt and sire, Ad Valorem, Our Mate Art was bred by Peter Anastasiou’s Grandlodge Thoroughbreds, Ken Biddick, Stephen Anastasiou and David Plush and was offered at the 2015 Inglis Melbourne Premier Yearling Sale (as was Table Bay).

Our Mate Art was eventually knocked down to South African agent, Marsh Shirtliff for $135,000: the most expensive yearling by Artie Schiller in 2015.

John Kenneally’s Erinvale Thoroughbreds, which prepared Our Mate Art on behalf of his breeders, remembers the horse well.

“He was a lovely colt from very early on,” Kenneally enthused. “We came down to the sale expecting he would make somewhere between $60,000 to $80,000 but there was a lot of competition on him. Bids coming from about five or six different directions from memory.

“Peter (Anastasiou) has around six or seven mares at Erinvale, including Our Mate Art’s mum, Laureldean Dream, and she foaled down a full brother to Our Mate Art last week. Good bay colt, just like his brother.”

(It turned out to be a big couple of days for the Aussies as, on the same weekend as the Arc, Aclaim – who was bred by Irish [almost Australian] bloodstock agent, Dermot Farrington and Canning Downs Stud in Queensland – won the Group One Chantilly Prix de la Foret.

HOOFNOTE: Erinvale also offered Saturday’s Group Two Gilgai Stakes winner, Keen Array, at the 2014 Inglis Melbourne Premier where he was passed in for $25,000.

“Keen Array was foaled and raised at Coolmore in the Hunter Valley and was a lovely bodied horse, but wasn’t great in front and a little close at the knees,” Kenneally explains. “I thought that would end up holding him back a bit, but there was a lot to like about the horse despite that. It just goes to show you that a few issues don’t hold the good ones back.”