OWNERS GET A KICK OUT OF CLASSIC FILLY 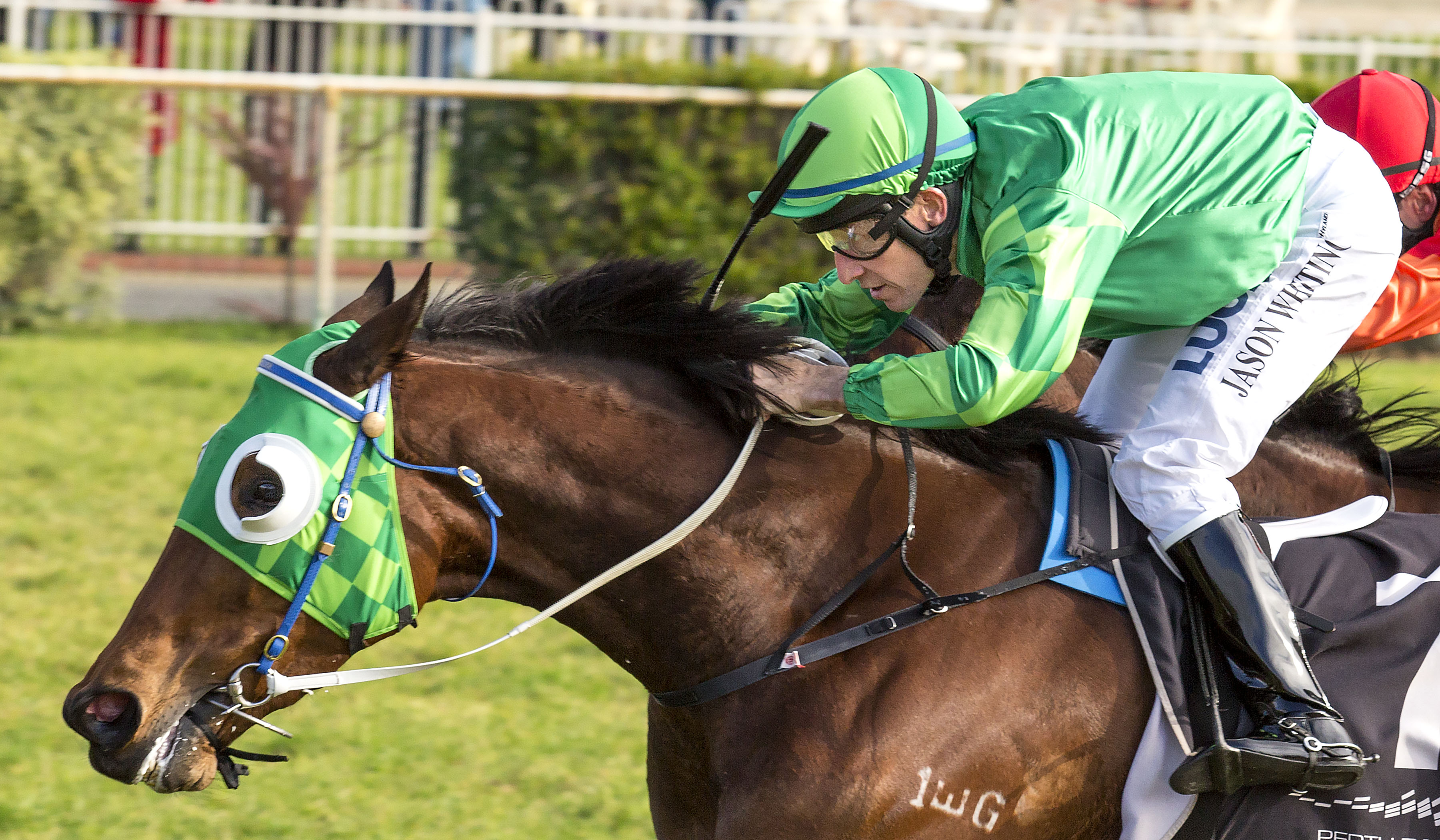 There’s something seriously captivating about horses that lead from go to whoa. Except of course if you’ve backed the horse running second.

Now, while Rosmartini is no Vo Rogue, there’s a lot to admire about the way she keeps finding something.

The Perth filly did it again on Saturday in the Listed Belmont Classic, just as she’d done it the start before in the Belmont Oaks.

Right when you think she’s running out of petrol, out comes the oily rag.

Breeder, Ellie Giles, has seen a lot of horses come and go over the years – her Korilya Park Stud at Busselton in Western Australia used to foal down around 60 or 70 mares a year – but you can tell she’s got a real soft spot for Rosmartini.

“We knew she would get over a bit of distance after winning a 1700m race as a 2YO,” Giles points out. “Rosmartini had some bone chips removed and was off the scene for six months but has really come together at her last couple of starts. Simon Miller (trainer) has done a terrific job with her and Jason Whiting rated her very well on Saturday, as he did in the Belmont Oaks.

“Rosmartini is raced by a few of the ex-Fremantle Dockers players … Peter Bell and Jason Norrish among them, and it’s probably safe to assume they would have celebrated the win in style.

“Rosmartini’s dam, Rosmopolitan, was trained by Simon as well and raced by Jock Wilberforce. Sadly, Jock and his wife passed away in a car accident on the way home from Bunbury races. They are the parent’s of Jason Norrish’s wife, so Jason took over their racing interests and formed a syndicate which includes Peter Bell.

“Rosmopolitan had won four races and I ended up getting her as a broodmare. I sent her to the Rock of Gibraltar stallion, Proart, and she went on to produce Rosmartini.

“That was the same year we foaled down (dual stakes winner) Silent Sedition. Andrew Noblet bought Silent Sedition from us a yearling at the Perth Magic Millions but decided to keep her at Korilya and let her grow out a bit before taking her to Victoria. She and Rosmartini used to belt around the paddock together.”

(That’s keeping yourself in seriously good company, although no word on who used to lead!)

Giles can also lay claim to breeding Proart’s best two horses – Rosmartini and multiple city winner Glitterbell – and believes patience is the key with them.

“He (Proart) is standing at Neil Irvine’s Balmoral Park at Bedfordale (30 kilometres south east of Perth) which was formerly owned by Laurie Connell. Proart’s oldest progeny are only 3YOs and he’s just had the seven to race, but he was a good racehorse himself – winning the Scahill – and is out of the very good mare, Beaux Art, who won the WATC Derby, an AJC St Leger in track record time and a WA Oaks.

“They (the Proarts) just need time.”

Trainer, Simon Miller, was equally impressed with Rosmartini’s performance after she added further black type success to his stable and his rapidly growing reputation out west.

Originally working for Robbie Griffiths in Victoria, before shifting to Sydney as John O’Shea’s foreman, Miller has made every post a winner since moving to Perth in 2008 under the Aquanita Racing shingle.

Since then his black type winners have included Whispering Brook, Night War, Liberty’s Gem, Platinum Rocker and Power Princess and he is confident Rosmartini can capture Group glory when she returns to racing.

“She (Rosmartini) has had a long campaign and I’m tipping her out for a spell,” Miller explains. “I think she would make a good Perth Cup horse eventually, but she deserves a decent break and it’s likely she’ll come back for something like the Bunbury Cup.”