Pierata … A Win For The Ages 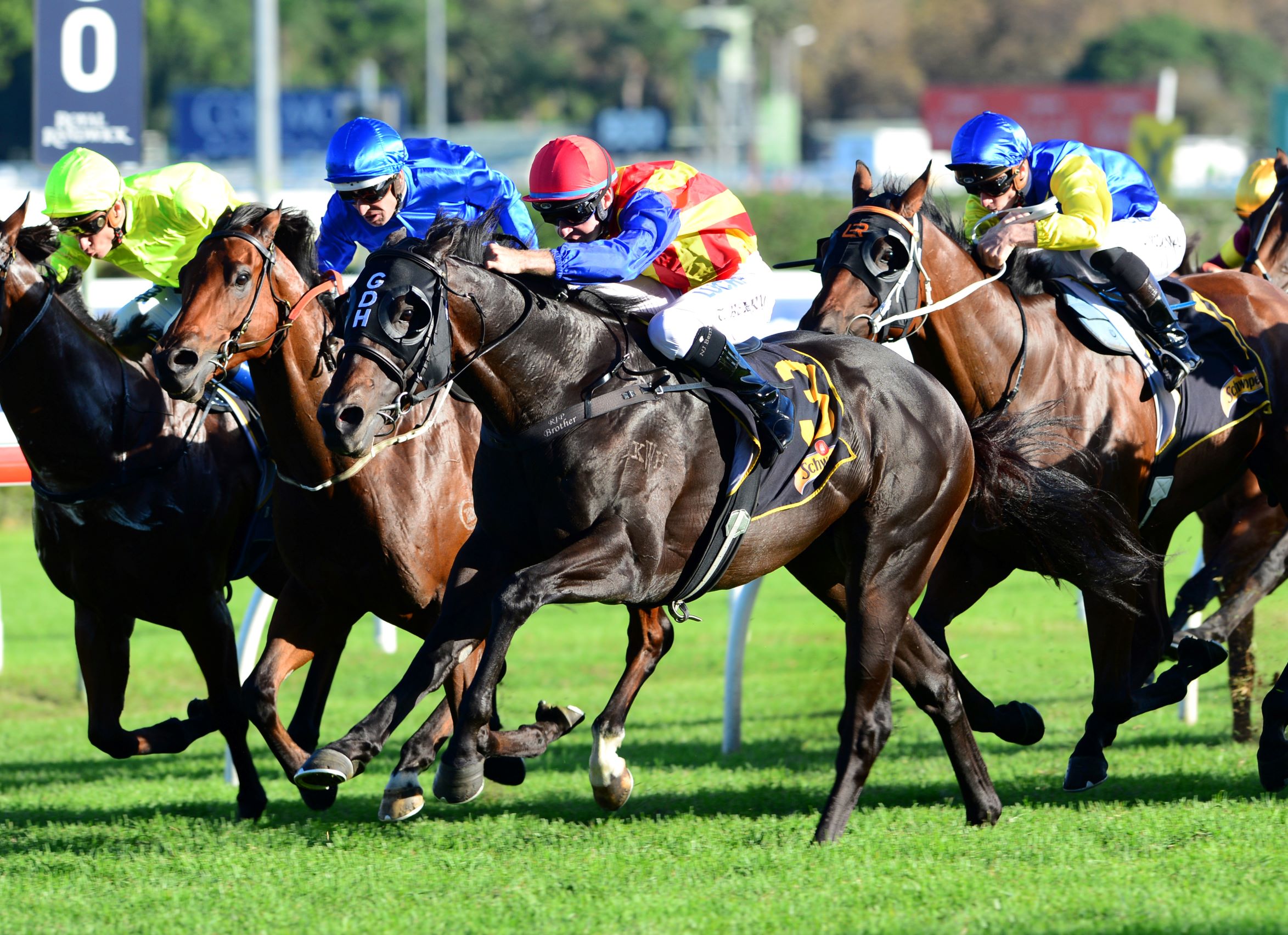 Pierata wins the Group One All Aged Stakes (Lisa Grimm)

You get all sorts of reactions from owners after their horse has won: high fives, hugs, kisses, fist pumps, tears and cheers, however, ‘chairing’ a trainer to the winners’ stall might well be a first.

Following the thrilling victory of Pierata in Saturday’s Group One Schweppes All Aged Stakes over 1400m at Royal Randwick, the 4YO’s owners – many garbed in their galloper’s red, yellow and dark blue silks – carried trainer, Greg Hickman, on their shoulders to greet the returning star.

And why not. A $160,000 purchase from the Kitchwin Hills draft at the 2016 Gold Coast Magic Millions Yearling Sale, Pierata has pulled in $3,311,300 in earnings from his seven wins and seven placings in 19 starts.

But this was Pierata’s first Group One victory too (after running a lip second to Nature Strip in the The Galaxy on 23 March) and a win at the elite level looks good on any resume … especially when the winner is a well-bred entire and is now, literally, worth millions as a stallion prospect.

With 20 in work at Warwick Farm and a further half dozen on the Gold Coast, Hickman gives a whole new meaning to ‘laconic’ and Pierata’s rise is unlikely to break his stride.

On Easter Monday, Hickman was feeding out as owners visited the conquering hero and explained that a decision on Pierata’s racing future was unlikely to be made until the end of the week.

There was much talk post-race that a tilt at Brisbane’s winter carnival could be on the agenda … possibly even a run at the $14 million Everest. The thing is, The Everest is in October, by which time Pierata could well be working his way through, one can only imagine, a tremendous book of well-related and/or well-performed mares.

Either way, it’s a win-win situation for Hickman who wisely kept a share in Pierata after purchasing him on the Gold Coast.

“I’m pretty relieved … we’ve been knocking on the door for so long,” Hickman points out. “The pressure’s there … you try and ignore it, but it’s always there and it becomes greater and greater every time you get beaten.

“You talk about a horse and how it can be life changing, but for a smaller stable like ours, a horse like this really is a life changer.”

Pierata is the third Group One winner for Hickman who has previously saddled up Mirjulisa Lass (2011 Vinery) and Royal Purler (2002 Flight), while Sportsman won four Group races for Team Hickman.

The sixth foal of November Flight, Pierata is a half brother to three winners including Group winning 2YO, Ashokan.

“Up at the Magic Millions I really liked Pierata as a type, but another attraction was that I had a horse – (stakes winner) Taxmeifyoucan – who had raced against Ashokan and I’d really liked the look of him, so that encouraged me to have a closer look at Pierata,” Hickman adds.

That ‘closer look’ is now worth millions!

Money aside, Pierata’s racing manager, Adam Carney, reckons he’ll have a million memories from his time with the star sprinter.

The Sydney-based businessman has been involved with horses for as long as he can remember and has shares in around half a dozen horses with Hickman.

“My dad, Phil, raced a lot of horses and owned Mayfarm Lodge, so I kind of grew up with them,” Carney explains. “Pierata’s been a great ride and, while the lure of The Everest is one helluva carrot, it doesn’t really matter where he goes from here.

“Dad passed away 11 years ago but I reckon the win was just as much for him as any of us, while everyone is really happy for Greg too. Fantastic result all round.”

We would suggest Carney has also built up a fair amount of brownie points with his decision to buy into Pierata.

“I actually bought the share for my wife, Tayla, as a birthday present,” Carney reveals. “He is the first horse she’s ever raced and, the first time she was ever on a racetrack was when Pierata won in Brisbane.