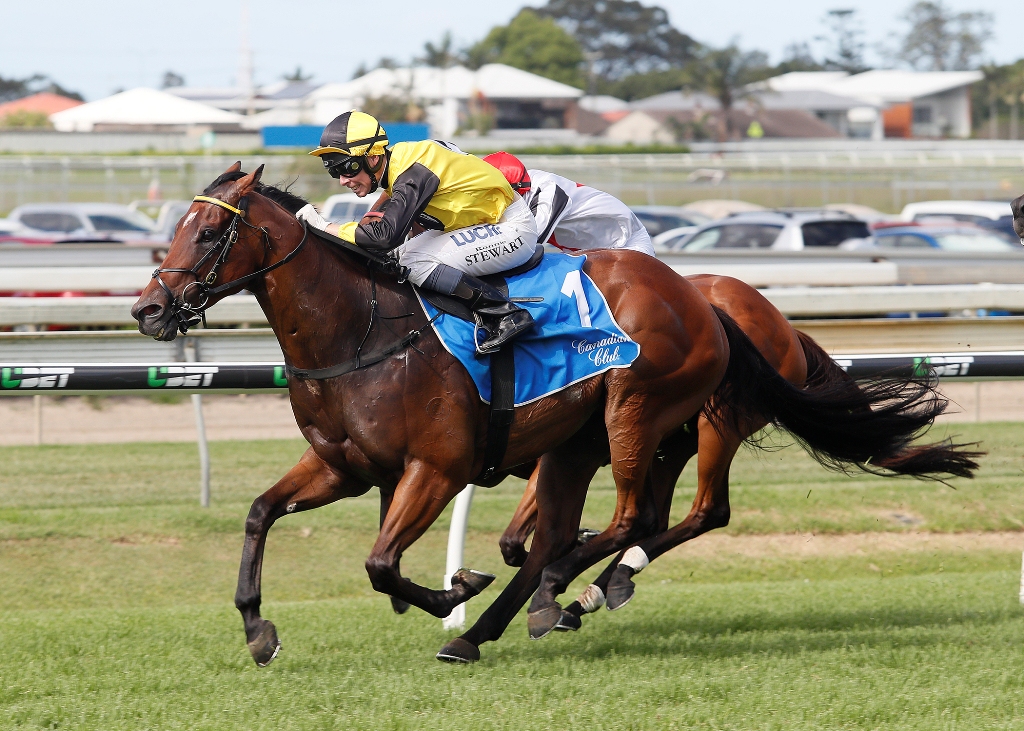 Neil Duncan wasn’t at Doomben on Saturday to watch his gutsy 6YO, Pinch River, go around in the Listed Hogs Breath Cafe Australia Bribie Handicap over 1050m.

That said, Duncan wasn’t exactly in a ‘horse free’ zone.

According to long-time associate and bloodstock consultant, Wayne Purchase, Duncan was in the Snowy River region, chasing brumbies … right around the time Pinch River was notching up his eighth career victory and $363,100 in stakes.

“Neil is based on NSW’s South Coast at Bega and regularly heads out to the Snowy River to get some brumbies to break in,” Purchase reveals. “Loves it out there and takes the kids with him. He probably wouldn’t have found out Pinch River had won until Sunday afternoon.”

Bred by Millennium Thoroughbreds, Pinch River is one of eight stakes winners for the Darley based Group One winner, Denman, and was sold by Musk Creek Farm for $85,000 at the 2013 Gold Coast Magic Millions Yearling Sale.

(Pinch River had earlier been sold by Edinglassie Stud for $46,000 at the 2012 Inglis Australian Weanling Sale).

“Neil usually buys one or two a year and Pinch River was bought on his behalf by (bloodstock agent) Paul Willetts,” Purchase explains. “Neil and I have been friends for over 20 years … I’m a mechanical engineer with a background in the food industry and we met when I was building an abattoir for him in Queensland.

“We both had an interest in horses and Neil was keen to get into ownership. I like doing all the Tesio matings and search through the catalogues, while Paul does the inspecting.

“Neil has around 12 on the books at the moment … he races most of them in Queensland, but if they drop off in form, he brings them back down his way and races them around Bega.

“Pinch River is probably his best horse to date, and really, that horse could have been anything.”

The ‘anything’ is a reference to Pinch River’s fragile hooves which have limited the 6YO’s outings to just 20 starts.

Capturing four of seven outings at two – including the 2014 Listed Dalrello Stakes – Pinch River was then off the scene until an autumn 3YO and has raced sparingly since.

“He (Pinch River) has had plenty of troubles with his feet and I’m really proud of what the horse did in the Bribie,” trainer, Rob Heathcote, points out.

“He has only done some slow work and some swimming … I kid you not, he hasn’t had a track gallop for a month.

“This is the first time I’ve done that with one of my horses and he ran in the Bribie on sheer ability – once he got to the front, they couldn’t catch him.

“I’m not game to give him much work on the track because I know there is only so many miles in each of his hooves.”

Pinch River is the second last foal of Catbird mare, Avenue Girl, a multiple winner who ultimately produced two winners and hails from the family of Detroit, Carnegie et al.

All things being equal, Pinch River will likely target the $1 million Magic Millions Sprint at the Gold Coast on 13 January.

No word yet on whether the owner will be watching Pinch River or in the Snowy River, but there is bound to be plenty from the horse’s fan base who are hoping those hooves strike firelight one more time.