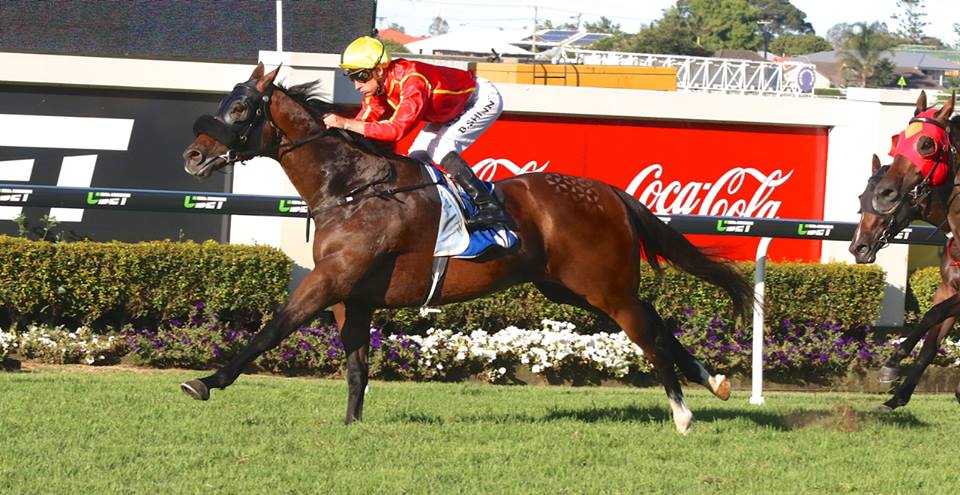 As the only stallion to be the crowned Champion Two-year-old Sire in both Australia and North America, Vinery Stud’s More Than Ready reached a significant milestone on Saturday at Doomben when his son Centre Pivot became his 150th stakes winner, before achieving his 151st less than 24 hours later with Tammy The Torpedo successful in the Tropical Park Oaks.

Likely to be transferred to the stable of Peter Robl this week with the former jockey set to apply for a license to train, the Segenhoe Group raced gelding took his record to eight wins from 18 starts and earnings of over $500,000.

Purchased from the Magic Millions Yearling Sale from the draft of Gerry Harvey’s Baramul Stud for $360,000, Harvey retained part-ownership and races the talented middle-distance gelding with Kevin Maloney’s Segenhoe Thoroughbreds.

Out of the Zabeel mare Waterwise, Centre Pivot is one of two stakes performers for his dam with the former Matthew Smith-trained Slow The Flow (Hussonet) stakes placed on multiple occasions.

The current two-year-old out of the mare is Dam Ready, a full brother to Centre Pivot who is in the yard of David Hayes and Tom Dabernig, while the mare produced a filly by Darley’s Medaglia d’Oro in the spring.

Centre Pivot’s stakes victory wasn’t the only win for the progeny of More Than Ready at the meeting, with the Bryan Guy-trained Eagle Way going back to back and giving his trainer the first city winner trained off the new Aquis Farm property.

Sold by Segenhoe Stud at the Inglis Easter Yearling Sale, Eagle Way is out of Wedgetail Eagle, whose current yearling, a colt by Hinchinbrook will be offered at the 2016 Inglis Classic Yearling Sale as Lot 345.

More Than Ready’s presence was also felt as a sire of sires with his son Sebring producing the talented Magic Millions 2YO Classic bound Candika, who remained unbeaten winning the two-year-old fillies race, while 5yo mare Sea Red was another winner for the Golden Slipper-winning sire.

As the sire of 17 Group 1 winners, More Than Ready (pictured right) has built up an impressive world-wide strike-rate of 73% winners-to-runners.

“We sometimes take it for granted what More Than Ready has done for the Australian industry,” stated Vinery Stud’s Peter Orton.

“In his own right he has been the leading stallion in the Australasian industry, achieving many feats such as; winning the Magic Millions and Golden Slipper in the same year (twice) and being the only stallion to be crowned a champion two-year-old sire in both the U.S. and Australia.”

“He has sired Blue Diamond and multiple Breeders Cup Juvenile winners but he is more than a two-year-old old stallion producing several Derby and Oaks winners throughout Australasia.

“Most importantly he has offered the unique outcross for the plethora of Danzig blood we have here in Australia.”

With 18 lots by More Than Ready catalogued for January’s Magic Millions Yearling Sale some of the highlight yearlings could include;

Lot 43 (pictured right) from the draft of Vinery Stud is the second foal of the Flying Spur mare Bad Romance. From the family of Group 1 winners Typhoon Tracy, Tracey’s Element, Master Of Design, Danasinga and Suntagonal, the filly is bred on the exact cross that produced Group 1 Golden Slipper winner Sebring, a graduate himself of the Magic Millions when consigned by Corumbene Stud.

Selling mid-way through the second day of the sale is Amarina Farm’s More Than Ready filly (Lot 315), the first foal of the very talented juvenile Hussousa. A winner on debut in the Listed Gimcrack Stakes, at her next three starts before being injured and subsequently retired, Hussousa filled a position in the placings behind Driefontein, Pierro and Samaready – all Group 1 winners.

No stranger to selling outstanding yearlings, Turangga Farm will offer a pair of yearlings by the Champion sire, a filly as Lot 302 followed by a colt as 472.

Out of the well-related Hint Of Glory, Lot 302 is a half-sister to the former Gai-Waterhouse-trained Fast Clip, a winner of the Group 2 Tulloch Stakes and Group 3 Doncaster Mile Prelude, while Lot 472 (pictured right) is out of the Group 3-winning Danehill mare Niagara Falls, making the colt a full-brother to the Group 2 Reisling Slipper winner Elite Falls, also a placegetter in both the Group 1 Oakleigh Plate and Golden Slipper.