Triple’s Double Is Poetry In Motion 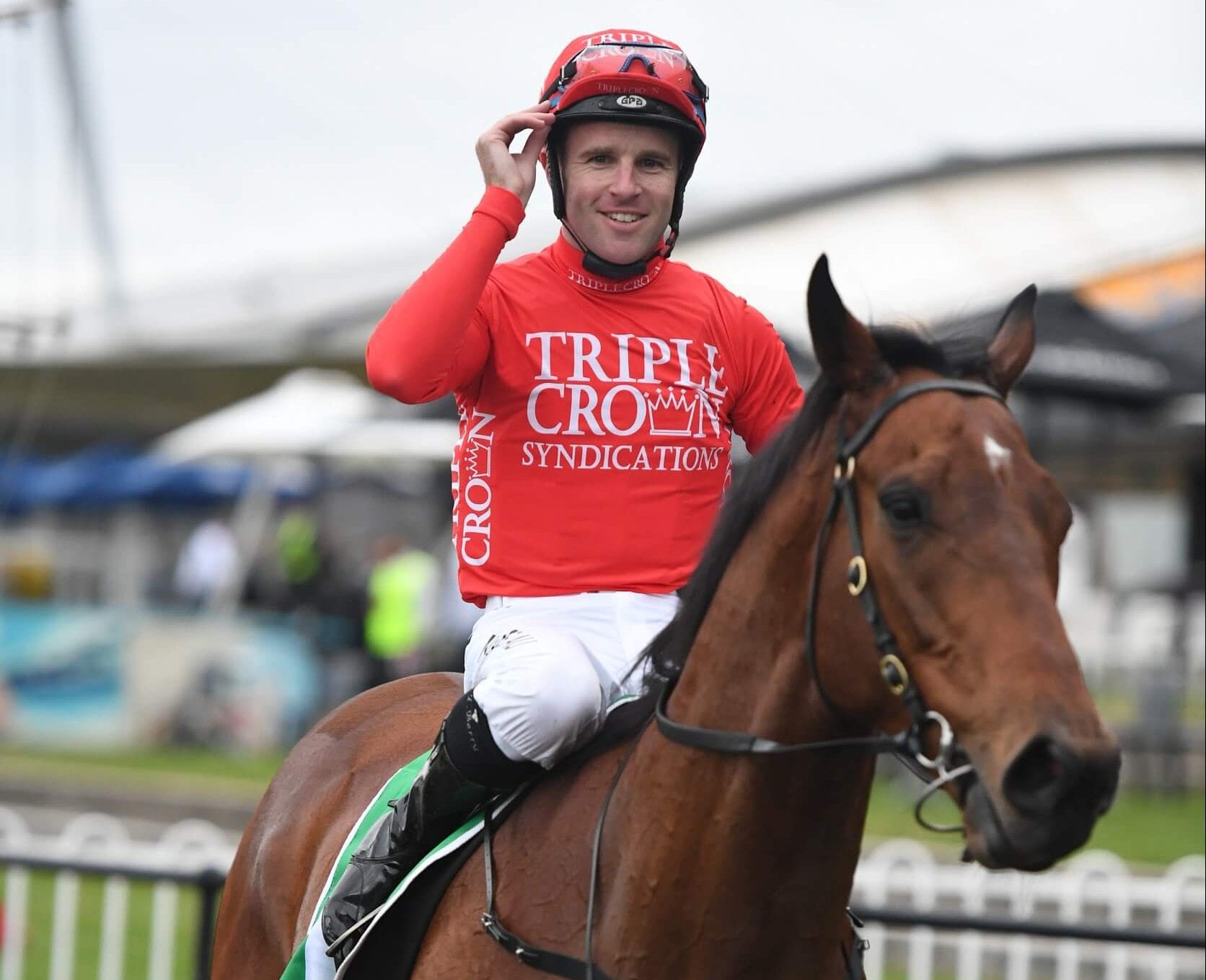 Triple Crown Syndications might have farewelled stable star, Redzel, in April, but the show clearly moves on with a Rosehill Gardens double on Saturday via unbeaten 2YO, Smart Image, and the highly consistent, Poetic Charmer.

As a dual Everest winner and second highest prizemoney earner in Australian racing at $16.4 million, Redzel is a major loss for any stable, but ‘Team Red’ clearly has plenty to look forward to as Smart Image won the opener at Rosehill – the Sky Racing Active Handicap over 1200m – before Poetic Charmer almost bookended the program with his victory in the eighth race, the aptly named Everest Carnival on Sale Handicap over 1300m.

“It’s been an incredibly tough year for everyone with the pandemic, but it just goes to show what a resilient industry we have, given that racing has been allowed to continue in all the mainland states,” Triple Crown’s Michael Ward points out. “The main attraction for racehorse ownership – for most people anyway – is its social aspect and that’s certainly been a challenge over the past six months given all the restrictions on racetrack attendance.

“We usually conduct regular stable visits, but that’s been out of play since March and so we’ve certainly upped the ante by sending out a lot more videos to owners.

“Still, despite social distancing restrictions remaining in place, registered owners are now allowed back on track in NSW and, despite Saturday being a crappy day weather-wise, those syndicate members on course at Rosehill were in fine voice. I have to say that when it comes to cheering, Triple Crown has some Group One performers.”

Ward was obviously ecstatic with rising star, Smart Image, making it two from two and hinted that the Smart Missile youngster would likely target the Group Three Up And Coming Stakes on 15 August, while Poetic Charmer – two wins and a third this campaign – will be seeking a similar race to Saturday.

“Poetic Charmer was always an athletic type and there’s a lot of substance about him, but he took time to develop,” Ward adds. “You’re always learning about your horses and the key to him appears to be riding him more quietly in his races before unleashing at the business end.

“Sure, Poetic Charmer might have had to wait a while between drinks from winning at Warwick Farm in December 2018 to his first run back late last month, but he’s in a rich vein of form now though.”

Following Saturday, the 5YO Poetic Charmer has raced on 25 occasions for five wins, 12 placings and $353,015 … much to the delight of part-owner, Michael Giardina.

Running a successful uniform manufacturing company in Sydney, Giardina admits to having only a fleeting interest in thoroughbreds before attending a race meeting with a friend a few years ago.

“We both decided racing one looked like a bit of fun and we were – ARE – big fans of the Snowdens,” Giardina explains. “We got in touch with Triple Crown and Poetic Charmer was my first horse. I’ve now got three.

“That was a huge thrill on Saturday, but I have to say whether it’s a maiden at a country racetrack or Rosehill, the feeling is just as good when you win any race.

“My wife and I have 5YO twin girls and we’ve followed this horse to Newcastle, Kembla and each of the city tracks and it’s just an amazing feeling. We were even over the moon when he won his first trial as a 2YO!

“Because it was raining on Saturday we left the girls at home with their aunty, but we’re reliably informed that they outdid us in the cheering stakes while they watched the race on telly.”

Well, one thing is for sure, not only will the Giardina girls have the best school uniforms, they’ll also clearly have plenty for ‘show and tell’ this week.

Poetic Charmer hails from the first crop of Widden Stud’s Fastnet Rock stallion, Your Song, and Triple Crown clearly shopped wisely in 2016, firstly picking up Poetic Charmer for $65,000 at the Gold Coast Magic Millions Yearling Sale in the January, only to follow up weeks later with another Your Song purchase, paying $67,500 for the Your Song colt from Brave Choice at the Inglis Sydney Classic. Brave Song is now a dual black type winner and 7-times stakes placed, with nearly $700,000 in the bank.

Related to Group One winners Sizzling and D’Argento, Hoss Amor has also produced this month’s Eagle Farm winner, Quantico (3 wins from 5 starts) who is likewise trained by O’Shea.

While Hoss Amor was sold for $100,000 as a yearling – going on to win $425,350 in stakes – and Poetic Charmer was snapped up by Triple Crown for just $65,000, Hoss Amor’s second foal – by Medaglia d’Oro – was sold for $2.4 million to Coolmore, Stonestreet, Aquis, Blue Sky Bloodstock and Unifaith at the 2017 Inglis Easter Yearling Sale, while the third – Quantico – was purchased by China Horse Club and Boomer Bloodstock for $1.05 million at Easter ’18.

Yarraman Park Stud’s Harry Mitchell advises, however, that Hoss Amor is “due to foal to Hellbent, any day now, and will head back to Hellbent this spring”.