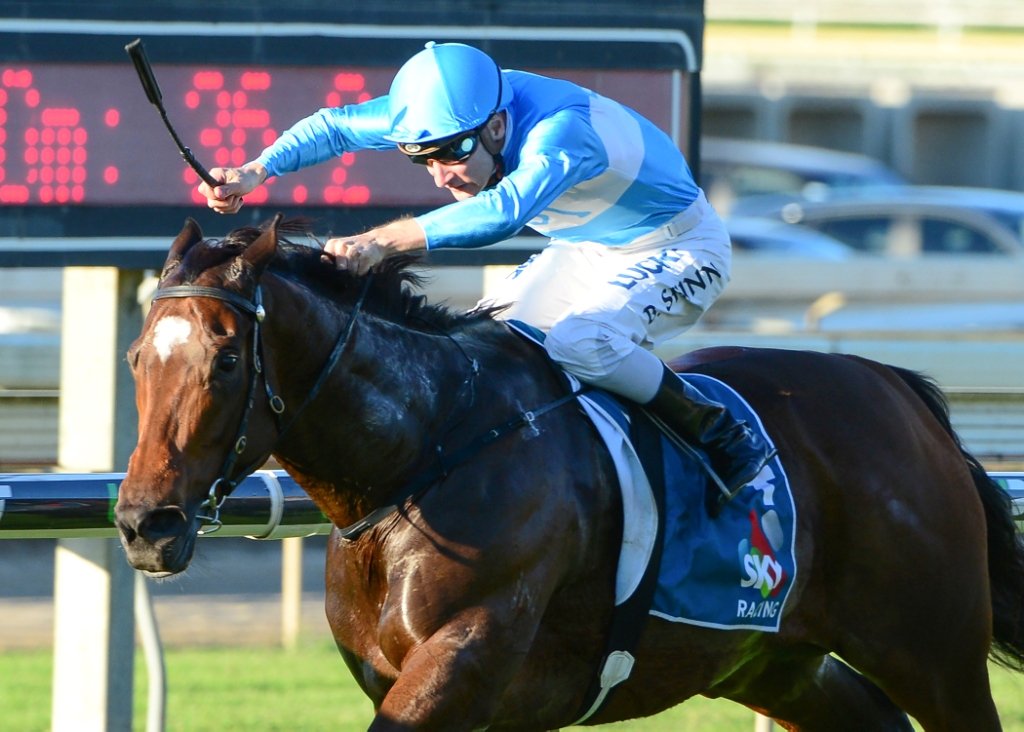 Among the 16 mares lining up for the Tiara were Super Cash and Champagne Cuddles, second and third respectively in the Stradbroke two weeks earlier, Miss Wilson, Invincibella and Savanna Amour – stakes winners at their most recent outings – plus March’s Group One Coolmore Classic victor Daysee Doom.

However, it would be the Gai Waterhouse/Adrian Bott trained Prompt Response who would be sent out favourite for the race at $4.20. And deservedly so.

The 4YO mare is a three time Group Two winner – the Emancipation, Breeders Classic and Dane Ripper – along with the Listed Twilight Glow in Melbourne, but had twice been edged out at Group One level, including a neck second to Tycoon Tara in last year’s Tiara.

Prompt Response wasn’t to be denied this time around though, opening up a break with 250m to go and holding on strongly to win with over a length to spare.

The stage now appears to be set for Prompt Reponse to campaign for the $13 million The Everest in October.

“It’s been a terrific season for our 2YOs – 13 individual winners so far which equals last year’s benchmark – but Prompt Response’s Tiara is really special,” Blaxland points out.

“Ron Hamer, who bred Prompt Response, was my very first client when Blue Sky started back in 2006 and I ended up buying Prompt Response’s dam, Prompt, for $45,000 on Ron’s behalf at the 2011 Magic Millions National Broodmare Sale.

“Her first foal for Ron was a Statue of Liberty that raced in Hong Kong and won six races, while her second, Prompt Return, was a colt by Beneteau and the full brother to Prompt Response.

“Blue Sky was a part-owner of (2YO Group winner) Beneteau, as was Ron, and he’d actually purchased Prompt to send to the stallion. Unfortunately, Beneteau only stood the two seasons, but his two matings with Prompt produced a (Group Three) Maribyrnong Plate winner (Prompt Return) and now a Group One winner.

“Prompt was later sold privately to Newgate Farm, but full marks to Ron who has bred from just two mares. He was also a part-owner of, and raced, Diana’s Secret, which, like Sunlight, we also bought as a yearling from Widden Stud. Diana’s Secret would go to produce 5-time Group One winner, Dissident, which Ron had kept a 10% share in after the horse was sold to Peter Moody for $210,000 at the Gold Coast Magic Millions.

“Incredible … from two mares he’s bred and raced a Horse of the Year in Dissident and a Group One winner in Prompt Response.

Prompt, meanwhile, had a yearling colt by Dissident sell to George Moore Bloodstock for $525,000 at the 2018 Gold Coast Magic Millions Yearling Sale and is currently in foal to Capitalist.