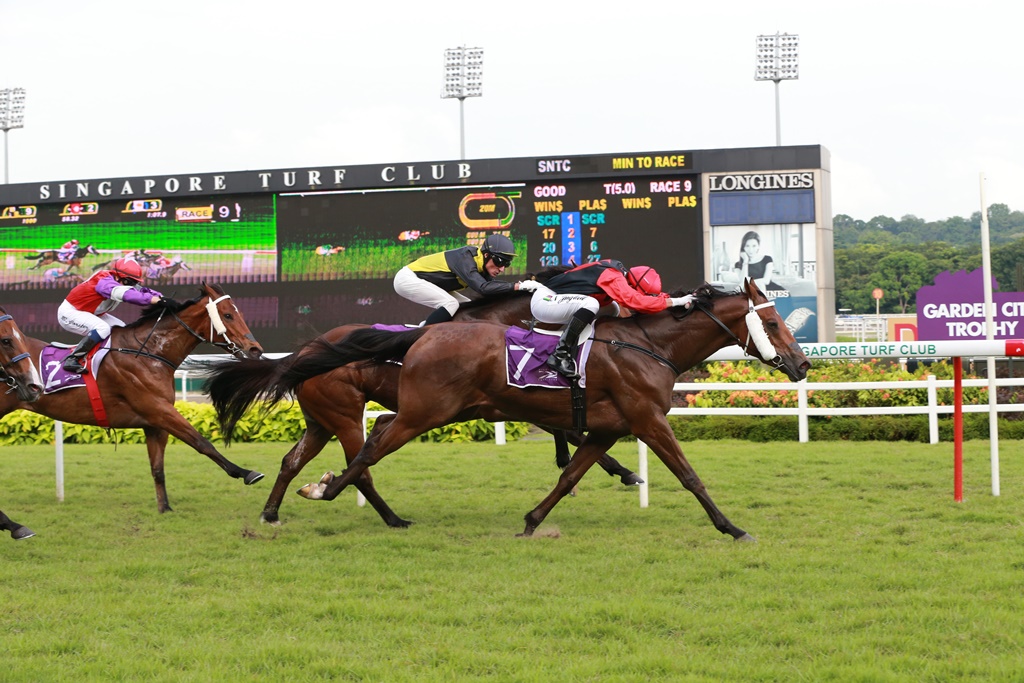 “He’s getting better day by day,” winning jockey Nooresh Juglall said after the gelding chimed in to score by a half-length.  “I thought he was in with a big shout and he was suited behind the fast pace.  He a special horse to me – I’ve ridden him in all his seven wins.”

Trained by Pat Shaw for leading owner Alf Crabbia, Rafaello is by Mungrup Stud’s champion sire Oratorio (Aus) and was a $47,500 graduate from Yarradale’s draft at the 2014 Perth Magic Millions.

“We’ve always rated him a decent horse,” Shaw added.  “If anything, he probably needed the run today and he will be better going out to 1400 metres.”

The Group 3 Committee’s Prize (1400m) will be his next assignment on September 18.

Yarradale Stud owner Ron Sayers bought his dam Born Bold (Exceed And Excel) for $110,000 from Darley at the 2007 Inglis Easter yearling sale.  She is a half-sister to Sydney stakes winner Citirecruit (Citidancer) but didn’t win in two starts with David Hayes.

“Ron bought her back home and I can remember taking Rafaello down to the Magic Millions,” Yarradale manager Bernie Hamill said.  “Andy Williams bought him and he was a typical Oratorio – not overly tall but solid.

“Born Bold has a War Chant colt that we will catalogue for next year’s Magic Millions and she is in foal to Gingerbread Man.  It will be a late foal so we will keep her at home and send her back to Gingerbread Man or City Place.”

2010 Garden City Trophy winner Rocket Man also has a WA connection in addition to being owned and trained by Crabbia and Shaw.