Rangipo Flies The Flag In NZ 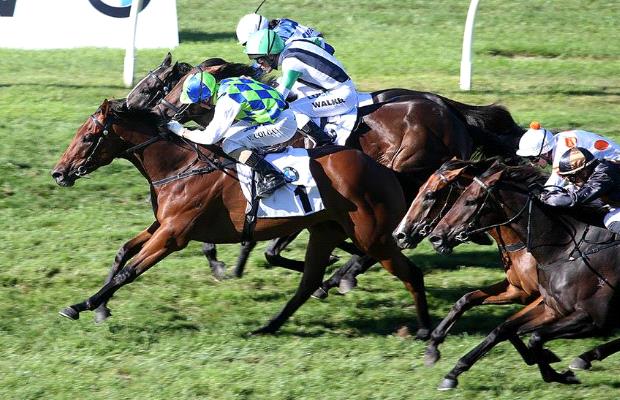 When Rangipo stuck his head out just far enough to win the Group 1 New Zealand Derby at Ellerslie on Saturday he joined an honour roll that is longer than that of the Melbourne Cup.

The win placed Rangipo among the cream of New Zealand racing, alongside such Derby winners as Balmerino, the subsequent Cox Plate winners Bonecrusher, Surfers Paradise and The Phantom Chance.

He also gave his rider Vinnie Colgan a sixth win in his country’s richest unrestricted race and trainer Tony Pike his first.

And he continued a trend that made the gelding a flag bearer for the Australian thoroughbred industry and helped balance a scorecard that previously favoured New Zealand.

Rangipo, a son of Stryker, is the fourth Australian-bred NZ Derby winner in the past 10 years and the second in succession after 2015 winner Mongolian Khan (Holy Roman Emperor), following on from the victories of Redoute’s Dancer (Redoute’s Choice) in 2007 and Coniston Bluebird (Scenic) in 2009.

The Derby win came on the same card as the win of Australian-bred Sacred Star (Flying Spur), a dual Group 1 winner in New Zealand, in the Group 3 Darley Plate and a week after the Australian-bred trio Heroic Valour (Fastnet Rock), Mongolian Flacon (Fastnet Rock) and Gasoline (Pluck), were the first three home in a Listed 2yo race at Matamata.

It also followed January’s Karaka Premier Sale at which the Australian-based and bred sires Fastnet Rock and Snitzel topped the averages.

The latest surge of success on the track continues an established trend.

In 2013/14, Australian-bred horses made up a mere seven per cent of runners in New Zealand. But they won 12% of the stakes races and 23% of that country’s Group 1s, a statistic that translates into five Group 1 wins.

Last season the results were even better. From a pool of runners that again stood at seven per cent of the starters in NZ, the Australian-breds won 15% of the stakes races and, from among those, another five Group 1s.

While New Zealand-bred horses have always been a strong presence in Australia – their recent results cannot match those statistics.

In the 2013-2014 season, New Zealand-bred horses made up six per cent of Australia’s racing population, they comprised 11% of runners in stakes races and, correspondingly, won 11% of those races.

The figures from 2014-2015 show a similar pattern. From six per cent of the Australian horse population, NZ-breds made up 10% of the stakes-race fields and won nine per cent of them. At group one level they accounted for 10 per cent of winners.

Prominent breeder and Aushorse chairman Antony Thompson points out that the relative success of Australian-breds is particularly satisfying given how few horses trained in Australia are sent to compete across the Tasman.

“It’s very pleasing for Australian-bred horses to be enjoying great success internationally, not only in New Zealand,” Thompson said.

“But the win in the Derby as well as our other successes there (New Zealand) are particularly satisfying because, unlike their Kiwi counterparts, who send teams of their best over for each of the carnivals, Australian owners and trainers very rarely go over to New Zealand chasing success.

“Given the strength of our prize-money in Australia, we are always going to have overseas based runners targeting our big races and that depth of competition is one of the great things about our racing.”

Rangipo is from the first crop of Stryker (Fastnet Rock) who stands at Three Bridges Farm in Victoria where the Derby winner was born and raised.

“From the time he was born he was something special,” said Three Bridges proprietor Peter Liston.

“His owners took him over to New Zealand when he was about 18 months old and now he’s shown that he really is a special horse.”

He has also produced the stakes-placed filly Miss Nymeria from among 64 runners, from which have come 25 individual winners.

Liston is now looking forward to renewed interest in Stryker (pictured) who stood at a fee of $11,000 last season which will rise only modestly, Liston says.

“That dropped to 70 and 80 since then, while people are working out where they’ll run or not.

“But I’m sure we’ll be back over 100 mares this season and we’ll give everyone a good chance.

“We won’t be putting the price up exorbitantly because now he’s proved he can leave a Derby horse.”

And like Rangipo, their top-seller is headed, at least temporarily, to New Zealand.

Trainer Lance O’Sullivan paid $340,000 for the colt by Teofilo who he described as “the perfect type of horse to race in Hong Kong” where he is likely to be trained by his brother Paul.