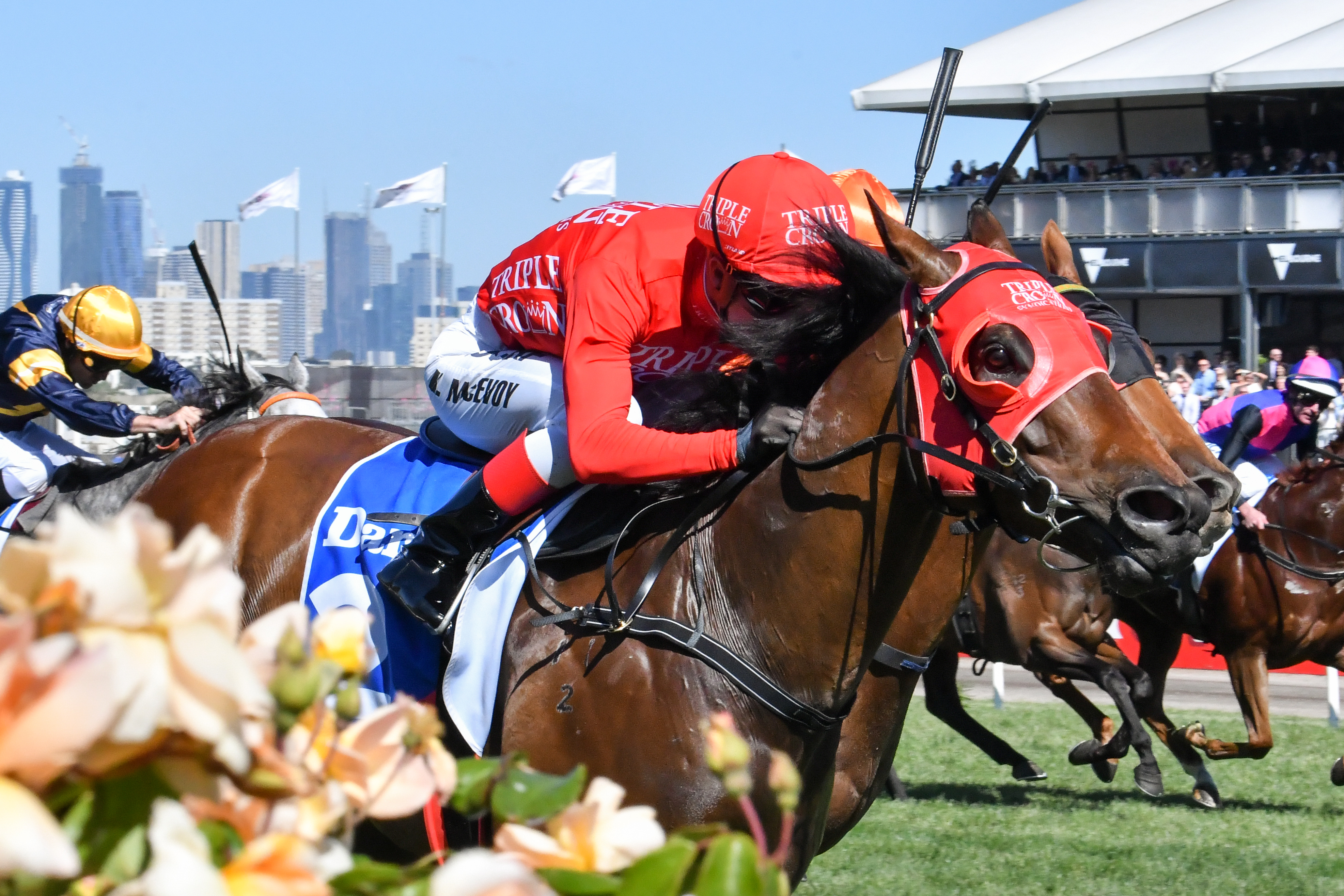 Somersaults in the winners’ enclosure … really?

The 2017 Melbourne Cup Carnival has added another colourful chapter to Australia’s racing history with the ‘treats’ rich and varied.

Varied? There were four Group Ones on Derby Day, but perhaps the show was stolen by a 70 year old, Udyta Clarke and her homebred sprinter, Rich Charm … Tuesday saw a sixth Melbourne Cup crown for Lloyd Williams, but did we also catch a glimpse of next year’s Golden Slipper winner in Setsuna, another ‘cheapie’ from Darby Racing? … Day three gave Gai Waterhouse her first VRC Oaks winner in Pinot, but it also introduced leading North American player, Aron Wellman, who was racing his first horse in Australia.

And then of course there was last Saturday … anything but an anti-climax given Redzel’s crushing victory in the $1 million Group One Darley Classic down the Flemington straight.

What a performance … there is something really special about that Flemington ‘six’.

The sheer imagery of our prize sprinters leaving the gates – often spreading out across the track – as they come thundering toward us in a bolt of colours, just as the all-red Redzel did on Saturday.

Courtesy of his journey along the grandstand rail, there are several wonderful, close up photos of Redzel as he’s about to cross the finish line, framed by the many flowers that are so synonymous with the carnival. And, in Redzel’s case, somewhat analogous to his blossoming career.

The Darley Classic, while only his second Group One victory, was Redzel’s sixth win in succession and follows hot on the hoof of his success in the $10 million The Everest in October. The current streak began with the Group Three Hall Mark in April, followed by his initial win at racing’s elite level in the Doomben 10,000. Still, he hasn’t finished further back than second since Derby Day last year and the Darley takes his record to 11 wins, four seconds and a third from just 21 outings. All up, a massive $7,797,750 in prizemoney.

It certainly makes you wonder if connections were thinking that they’d be gracing the game’s biggest stages when Redzel lead throughout to win on debut – as a 2YO – over 1100m at Warwick Farm in March 2015. Talk about meteoric rises!

An elated Chris Ward, who purchased Redzel as a yearling with brother Michael before syndicating the now 5YO under their Triple Crown Syndications banner, confirmed Redzel would be heading for a spell, with a likely return for the Melbourne autumn.

“He (Redzel) clearly deserves the break,” Ward enthused. “That win on Saturday really franked the Everest win and puts an exclamation mark at the end of it all.

“We’ll sit down with (trainers) Peter and Paul Snowden over the next few days and map out some likely 2018 targets, but at this stage we’re thinking the big sprints (eg. Lightning, Oakleigh Plate, Newmarket) in February/March and then the $2.5 million Group One TJ Smith in Sydney.

“Ultimately, we’d be looking to defend his Everest crown, but a trip to Royal Ascot could also be on the cards.”

Ward said both he and Michael were approached by representatives from Royal Ascot immediately following the Darley Classic and they would have to give that due consideration.

“The people from Royal Ascot were keen to get us over there and invitations like that are hard to pass up. Prizemoney is fantastic in Australia but the chance to race against Europe’s best sprinters and for the owners to experience the whole Royal Ascot thing definitely puts it on the radar.”

Prior to Saturday, Redzel hasn’t appeared on the published Longines World Rankings, but Racing Victoria Chief Handicapper and Longines committee member, Greg Carpenter, believes the Darley winner will be allocated 122 courtesy of his latest performance.

(Godolphin’s July Cup and Haydock Sprint winner, Harry Angel, is currently the highest ranked sprinter [125] in the world, while Chautauqua is on [123] per the most recent release of the rankings earlier this month).

“That was a tremendous run by Redzel in both the Darley and the Everest and we’ll be submitting to Longines a figure of 122,” Carpenter reveals. “The slate is wiped clean at the end of every calendar year but there will clearly be much focus on Redzel when he returns in the autumn.”

HOOFNOTE: As for the (probably) unprecedented somersault in the Flemington enclosure from a clearly excited Redzel part-owner, Damien Yates, we only give it a 5 for execution but a 10 for enthusiasm. Probably the biggest question from here though is whether he’ll be able to do it in a top hat?