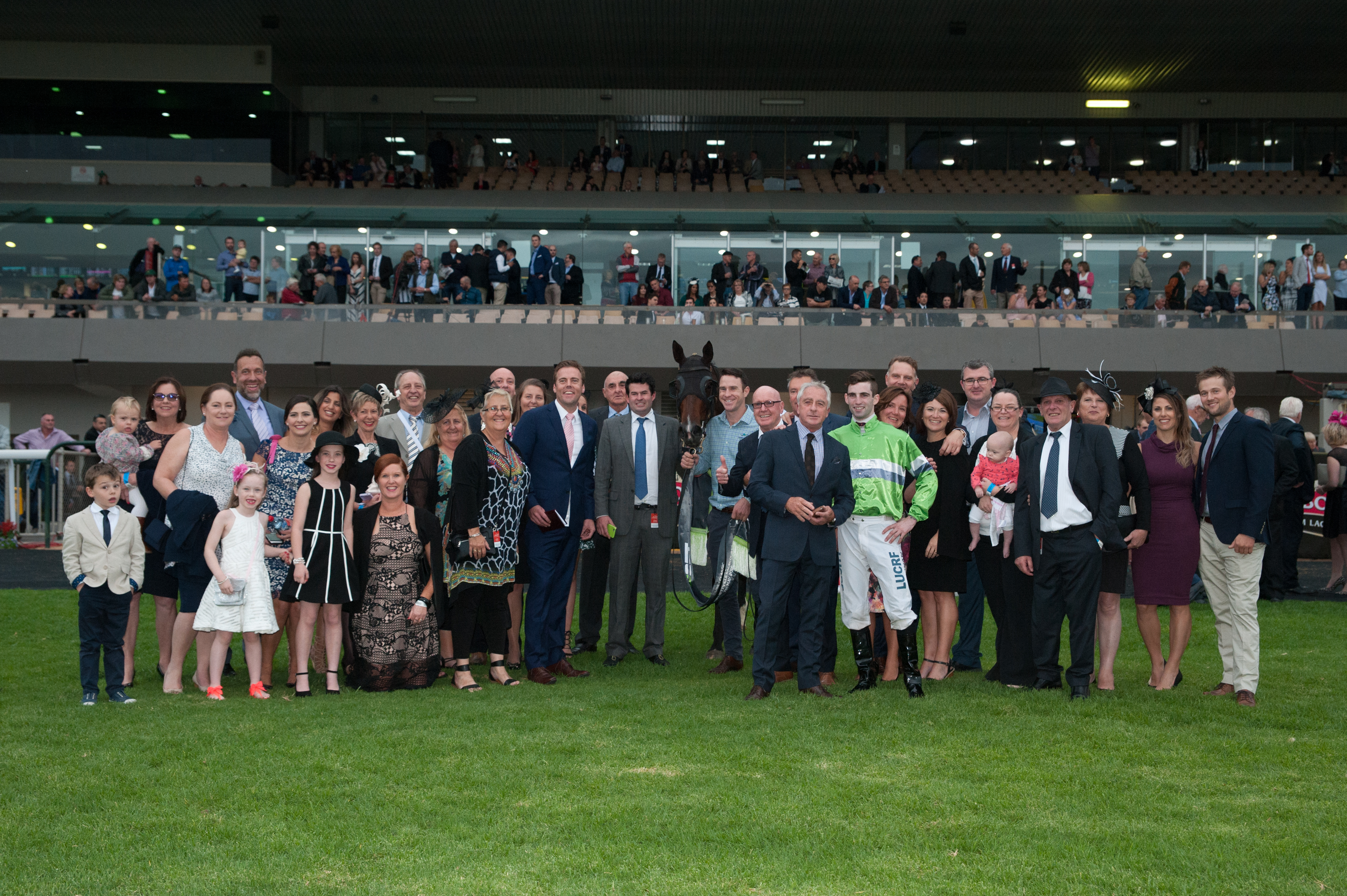 Basking in the afterglow of Precious Gem’s miraculous victory in the Group One Robert Sangster Stakes at Morphettville on Saturday, both Kerry and Byers were taking their respective partners jewellery shopping in Adelaide on Sunday morning.

Sure, winning a Group One on the eve of Mother’s Day would be questionable timing, but neither Kerry or Byers were complaining.

This was some win. After Miss Promiscuity dislodged her rider, Luke Nolen, 700m from the finish and then continued to harry other runners in the capacity field, Precious Gem came from the clouds to win by the shortest possible margin.

“We purchased Gem of Gems for $4,000 at the 2009 Great Southern Sale in Melbourne,” Kerry explains. “She was in foal to Econsul, carrying Precious Gem as it turns out, and had been owned by Denis Marks.

“We’d had a lot to do with Denis when first setting up Millford Thoroughbreds in 2008 and were familiar with the mare.”

Millford Thoroughbreds is a 320 acre property at Nagambie in Victoria and stood Marks’ Group Two winning homebred, Ustinov (by Seeking the Gold out of Melbourne Cup winner, Let’s Elope) for a season, but is now primarily an agistment and sales preparation facility.

“Jarrod and I purchased Gem of Gems in tandem with a good mate of ours, Chris Bakker, and after foaling down Precious Gem, we sent her back to Econsul, producing a colt called Happy Money that we sold in Melbourne and who ended up being Group Two placed in Singapore.”

Kerry and Byers decided to keep Precious Gem though and got a “great bunch of friends” to race the horse.

However, this has been no overnight success for Precious Gem who took her time turning into a diamond.

Finishing sixth of nine on debut in an Echuca Maiden as a December 3YO, Precious Gem won next time out but, while giving out the right signs on occasion – including a running double at Moonee Valley and a couple of black type placings – Kerry and Byers weren’t exactly dreaming that they’d be watching their mare run around in a Group One any time soon.

Indeed, Precious Gem finished last of 14 in the Anniversary Vase at Caulfield in 2015, but a change of scenery to Henry Dwyer’s stable has resulted in a Flemington win, a second in the Hareeba Stakes, a win in this year’s Anniversary Vase – Precious Gem’s first stakes win – and now, the Group One Robert Sangster.

“This was a huge result for us,” Kerry added. “We’re only a small operation – we run about 80 to 100 mares during the season and sell about a dozen yearlings in Melbourne – and so to breed and raise a Group One winner is really, if you’ll excuse the pun, precious.”

Precious Gem will now head north, ostensibly to try for some more rich pickings at the front end of the Brisbane Winter Carnival, but ultimately is destined to be sold at the Gold Coast Magic Millions National Broodmare Sale in the first week of June.

Courtesy of the Robert Sangster, Precious Gem is likely to be very popular and Kerry is already anticipating he’ll have to pay another visit to the jewellery store.