Rolling The Dice On Artie 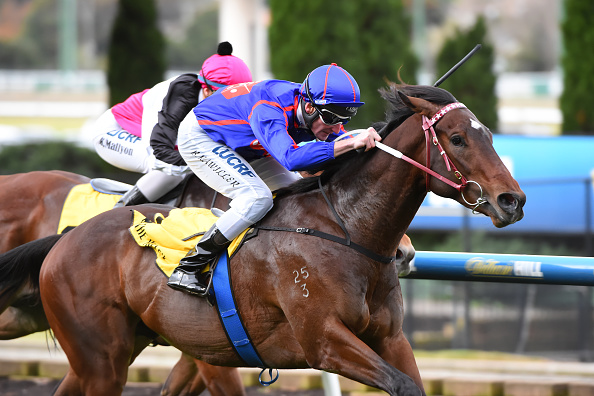 Leigh Saville would be the first to admit that things have moved quickly since licensing Roll The Dice Racing with Steve Travaglia and Rob Norton.

Not as quickly as Roll The Dice horses it would seem, but nor has there been a whole lot of time for the team to sit back and reflect either.

That’s probably the way they like it. Saville admits that even the name – Roll The Dice – is a determination on their part to be up front about what syndicate members can expect.

“You try and do your best, but most of the time you’ve got no idea how good a horse is going to be until a few weeks out from their first race. Even then you’re no sure thing.

“I’ve been involved, as an owner, with Darren Weir for a long time – 15 years or so – and he trains all the Roll The Dice horses while (bloodstock agent) John Foote and Jeremy Rogers (Weir’s Racing Manager) select them for us at the sales. We reckon it’s a formula that works: they find racehorses, not super models and we are seeing the proof on the track.

“Weiry’s motto has always been ‘under promise and over deliver’ and we operate under the same maxim.

It’s real alright, initially buying a ‘few cheapies’ for friends and family to race, Roll The Dice has upped the ante in the last 12 months or so, syndicating 11 horses, including brilliant 3YO, Mahuta, who has now won six of his nine starts – five at black type level – and nearly $1.7 million in stakes.

Winner of the Gothic, Carbine Club, Sandown Guineas, Magic Millions 3YO Guineas and Autumn Stakes, Mahuta is also racing for residual as he’s a Flying Spur colt from a decent black type family. He was sold to Weir as a yearling for $35,000.

The latest to roll the dice is impressive 2YO, Artie Dee Two, who now has two from two after posting a solid victory over 1200m at Moonee Valley on Saturday and it appears Roll The Dice will have a two pronged attack for the Melbourne spring carnival.

“He (Artie Dee Two) really surprised us. He was a late foal and initially it was thought he’d make into a lovely autumn 3YO, but he kind of jumped the gun. All the credit has to go to Darren and the team as we wouldn’t be in this position without him.”

And while Roll The Dice racehorses are eye-catching for obvious reasons, so too are the syndicate’s colours: royal blue, red seams and two whopping great dice.

You can expect to see a lot more of them.

“Artie Schiller has been full for the past two months,” Emirates Park’s General Manager, Bryan Carlson, points out. “Since we (Emirates) first acquired the stallion, Artie Schiller’s oldest are 2YOs and aside from Artie Dee Two, he’s had half a dozen juvenile winners this season and a very good 2YO in South Africa.