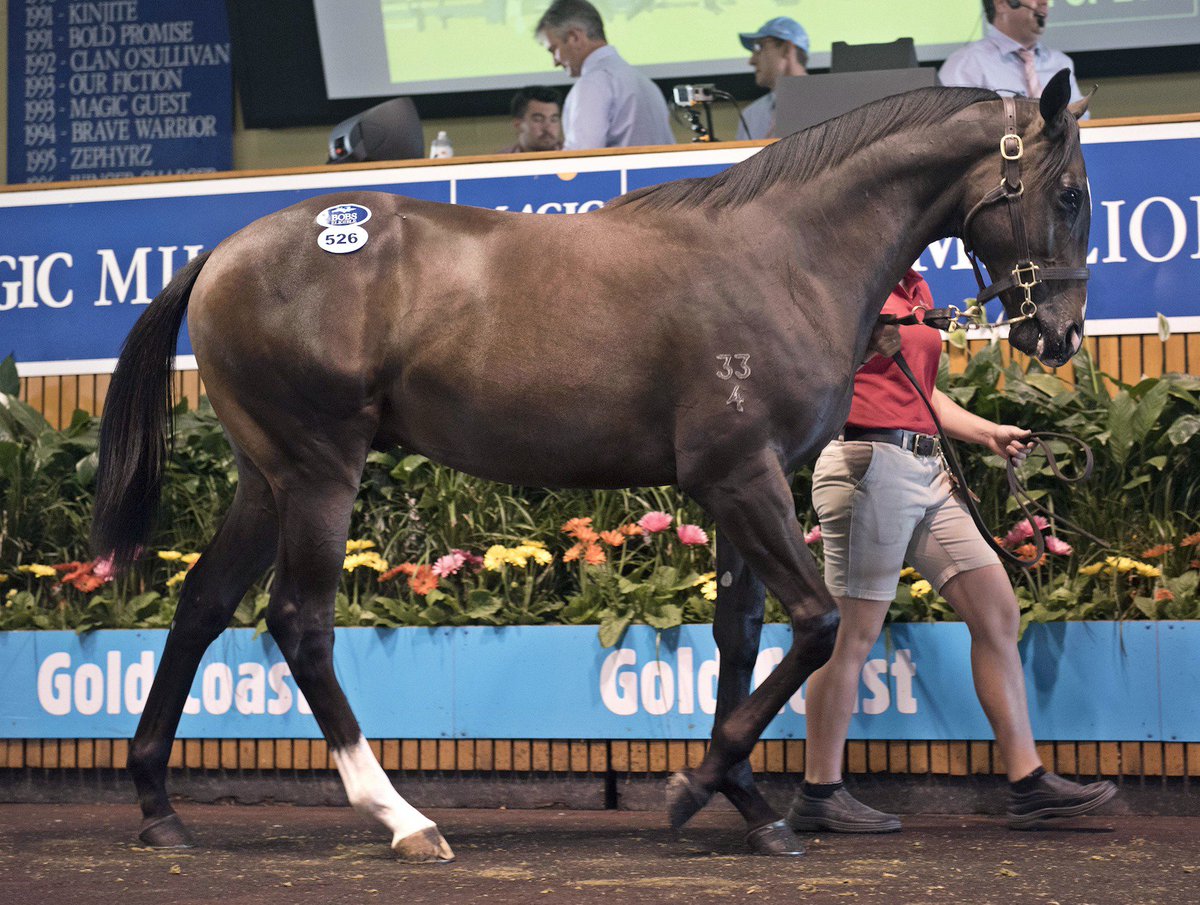 Roy Had Enough pictured as a yearling when sold to Andy Williams from World Wide Bloodstock (Magic Millions).

The success of Australian-breds in South Africa – led by reigning Horse of the Year, Oh Susanna, Group One winners Soqrat and Atyaab, plus 2019 stakes winners such as Nafaayes, High Seas Beauty, Sir Frenchie, San Fermin, Roy’s Riviera, Being Fabulous and Run Fox Run – continued at Scottsville on Saturday with Roy Had Enough capturing the Group Three Track & Ball Derby over 2400m.

Trained by Frank Robinson, Roy Had Enough is raced by one of South Africa’s biggest owners, Durban businessman, Roy Moodley (who also pays the bills for Roy’s Riviera).

Involved in ownership since the mid-90s, Moodley has had a successful association with Australian-breds, which include Harry’s Son: winner of three Group races including the prestigious Premier’s Champion Stakes and Champion South African 2YO Male of 2013/14.

Heading into Saturday’s Track & Ball Derby, Roy Had Enough had won five races – including two Listed events over 1600m – and produced a memorable performance at Scottsville, flashing home down the outside rail to score comfortably.

Courtesy of the win, Roy Had Enough is now likely to take his place in the Group One Durban July – one of South Africa’s most famous events and won in 2016 by Australian-bred, The Conglomerate.

Bred by Hutchins Thoroughbreds in Queensland, Roy Had Enough was offered by Element Hill at the 2016 Gold Coast Magic Millions Yearling Sale where he was knocked down to World Wide Bloodstock for $95,000.