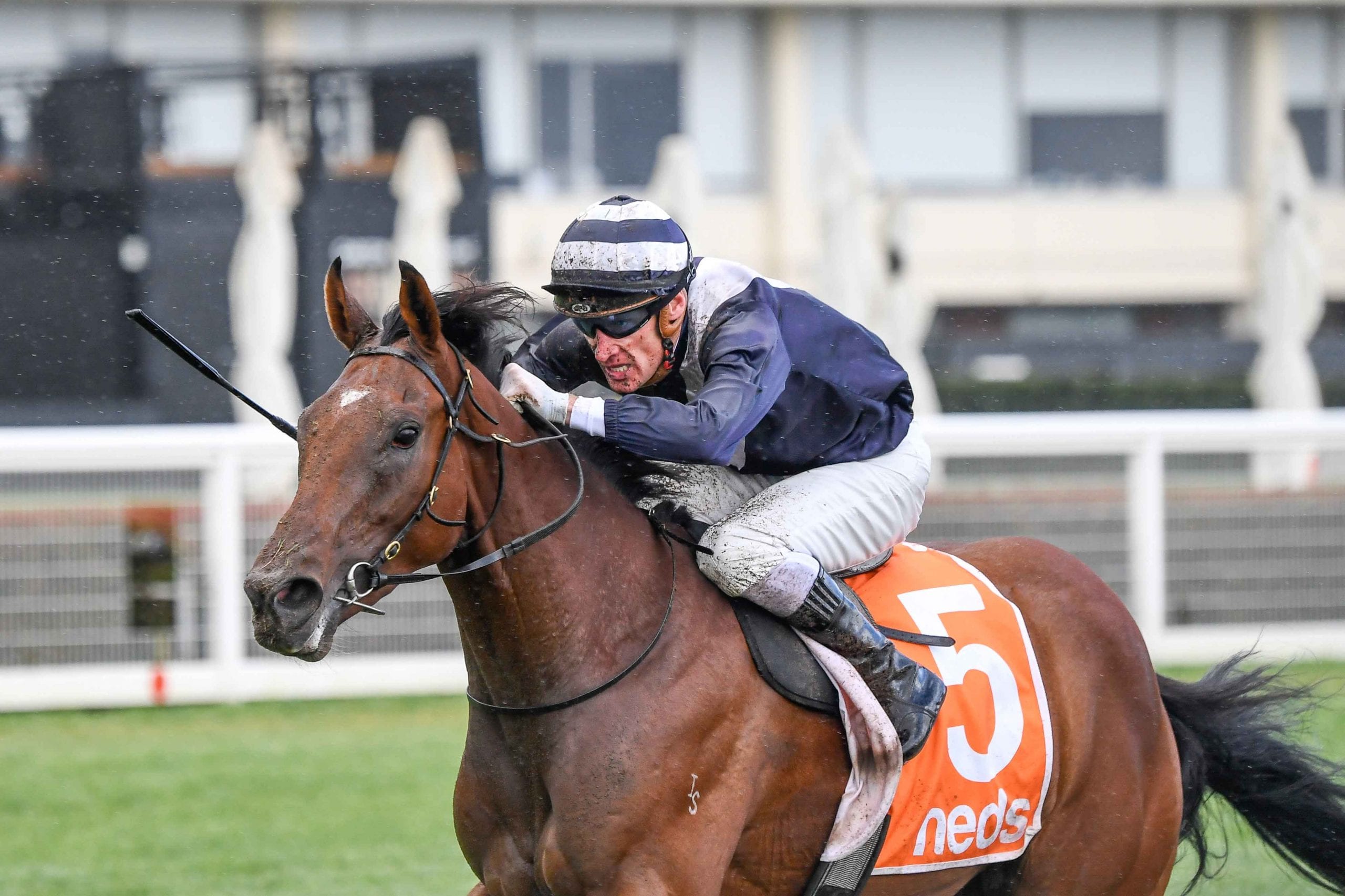 Justice is not always rendered swiftly in thoroughbred racing, but Nigel and Meredith Berry are great believers in the art of patience.

It was five years ago – to the day – that the Berrys watched on as Oncidium Ruler ran a blinder to finish a lip second in the Listed Galilee Series Final over 2400m at Caulfield.

The Berrys had bred Oncidium Ruler and raced the then 3YO with a group of mates and it was little consolation when the jockey returned to scale, suggesting he might have made his run too early.

Fast forward to Saturday though and, albeit having to cheer on from afar, the Berrys – and a similar ownership group – saw justice served when Oncidium Ruler’s half brother, Royal Crown, powered away to capture the 2020 Galilee Series Final.

The official margin was 1.25 lengths, but Nigel Berry reveals jockey, Mark Zahra, said Royal Crown “had at least another three or four lengths on them”.

With three wins and a third from six starts for $127,250 in stakes, Royal Crown is next likely to target the Listed VRC St Leger over 2800m at Flemington on Anzac Day.

Breeding for around 15 years, Royal Crown becomes the first stakes winner for the Berrys.

“I’ve had a lifelong fascination with horses – courtesy of listening to the races as a kid with my grandfather – and, with Meredith, bred sport horses and competed in three day events,” points out Nigel, who also runs a thriving GP practice. “I’d always mucked about a bit with racehorses but after the kids had grown up a bit, Meredith and I were deciding on what to do with the next stage of our lives, so I bought her a Sir Tristram mare as a Christmas present.”

The Sir Tristram mare didn’t break any records, but the decision to buy Zabeel mare, Princess Regina, for $7,500 at the 2007 Inglis December Sale in Melbourne has clearly paid dividends.

Princess Regina’s first runner, Za Za Zoom was placed in town and won four races, the next – Oncidium Ruler – won five, was four times stakes placed and banked $385,950, while 6YO Royal Order won four and over $200,000, including a win at Flemington.

Centripetal – a 5YO Hard Spun mare – hasn’t set any world records, but then along came Royal Crown, courtesy of Darley’s 3-time Group One winner Helmet.

“Meredith and I usually race the fillies we breed, while shares in the colts are taken up by friends,” Nigel explains. “We’ve had a bit of success along the way and I’d say we’ve raced about 25 horses with only three of them being non-winners.

“Since Royal Crown, we sent Princess Regina back to Helmet the next two seasons and she produced a filly and a colt. She’s currently in foal to the Sun Stud stallion Palentino, but I can tell you that after Saturday, I’ve been inundated with calls about taking a share in the full brother!”

A self-confessed pedigree buff and devotee of genetics, Nigel purchased the ‘Woodburn’ property near Victoria’s Nagambie eight years ago to accommodate the ever expanding broodmare and spelling population.

“We had a property at Plenty – Illowra Stud – which is the banner under which we call our breeding operation, but it didn’t take long before we ‘outgrew’ it,” Nigel reveals. “Woodburn has been a breeding farm since the 1930s and was owned by former Australian cricketer, Jack ‘Slinger’ Nitschke for a while.

“We only send out between five to 10 mares every spring, but have probably got 20 mares and myriad spellers on farm at any given time. We’re great advocates for the ‘Off The Track’ program and do our best to re-house the horses that come from our farm.

“Only recently, a couple of fillies we bred weren’t exactly breeding propositions so they ended up as polo horses, while the geldings often take up the role as nanny for the younger horses.

“We’ve never believed in pushing our racehorses and they quite often don’t run until autumn 3YOs. I’m good mates with (Cranbourne trainer) Mick Kent and we’re emphatic that Australia can be just as good at breeding stayers in this country as anywhere else. He calls it the ‘ANZ fightback’ and we feel it’s something of a travesty that Australia has to source so much staying talent from the northern hemisphere, especially when there is such incredible prizemoney here for our staying races!

“For instance, I think Royal Crown is only just getting going and reckon you’ll see the best of him in the spring.”

After saddling up Royal Crown at his first three starts, including a maiden win at Yarra Valley in February, the 3YO was switched to fellow Cranbourne trainer, Robbie Griffiths, last month after Kent decided to take an extensive holiday. In three starts for Griffiths, Royal Crown has notched up two wins in town.

“An expensive overseas trip wasn’t it,” jokes Griffiths. “Mick and I have been friends for a long time and, many kilos ago, I actually rode my first professional winner for him.

“Mick had the Galilee Series Final in mind for him and that’s certainly how it played out on Saturday. The horse has a lot of ability.”

HOOFBEAT: Following a career in the saddle where he rode some 250 winners, Griffiths took up training at Cranbourne in the early 1990s and has subsequently added the finishing polish to over 1500 winners: among them the 2016 Group One Newmarket Handicap hero, The Quarterback.

Griffiths is now one of Victoria’s leading trainers, but also one of the most self-effacing.

Increasing weight would plague Griffiths throughout his riding career, but his brother, Rodney, was a hugely successful jockey, booting home close to 1500 winners in a dozen countries.