Royal Symphony In Tune For Guineas 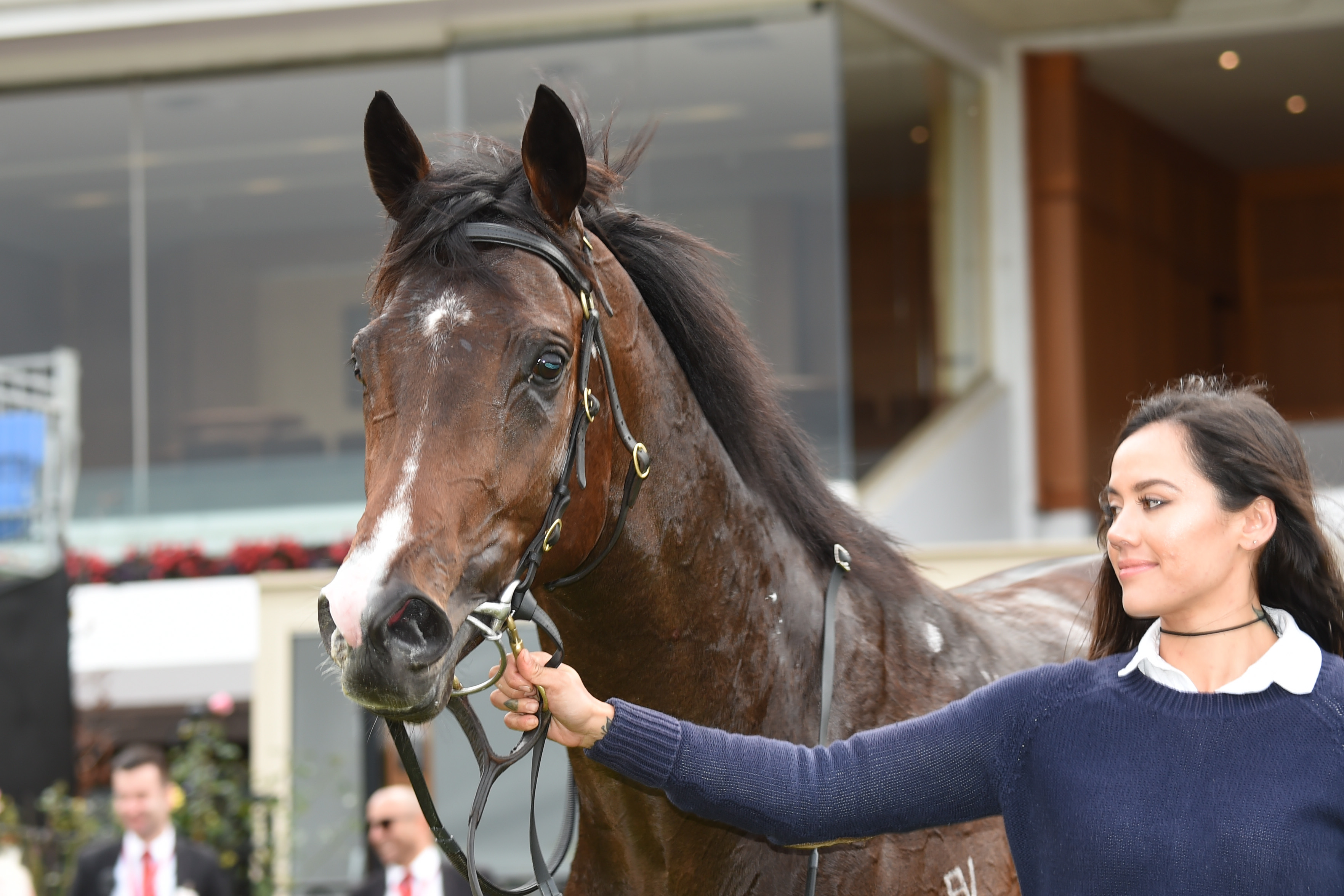 Although the Caulfield Guineas is still three months away, exciting 2YO, Royal Symphony, raced right into early favouritism for the $1 million Group One following a blistering performance in Saturday’s Listed Taj Rossi Series Final over 1600m at Flemington.

Unbeaten in two previous outings – winning at Pakenham on debut in May and a four length romp over 1400m at Flemington on 24 June – the Tony McEvoy trained youngster missed the start in the Taj Rossi and took a little while to hit his straps after turning for home, but once he got going, the son of Domesday surged clear to win by over four lengths.

Adding calibre to the effort was Royal Symphony’s impost of 59 kilos, conceding between 3.5 to 5 kilos to his 12 rivals, while his winning time of 1:35.58 almost equalled that of 5YO Tshahitsi’s in capturing the Winter Championship later in the day.

McEvoy has enjoyed an exceptional season with this 2YOs and also won this year’s Australian Guineas with Hey Doc (who ran third in the 2016 Caulfield Guineas), but Royal Symphony could be one right out of the box.

The trainer isn’t prone to hyperbole and it speaks volumes when he declared Royal Symphony to be a “proper horse”.

“It was great to see him back it up and do it again,” McEvoy points out. “He carried the penalty and he looks like a horse of real substance. We’ve seen it twice (at Flemington) now and have no problem putting him away for the spring.

“We’ll back right off, keeping him trotting and cantering … an English type prep. The Guineas is such a high-pressure, high-powered mile, I think third-up there will give him his best chance.”

The rise and rise of Royal Symphony is also a huge boost for boutique Victorian property, Wingrove Park, which bred the youngster from its Palace Music mare, Naturalist.

Wingrove Park, owned by Joe and Daira Vella, is based in Kerrie at the foot of the Macedon Ranges and Royal Symphony is one of five stakes winners off the farm, including Group winners Fair Trade and Dedicated Miss.

Purchased for $30,000 at the 2001 Inglis Australian Broodmare Sale, through the advice of  pedigree consultant, Kristen Manning, Naturalist has proven to be a boom buy for Wingrove with seven other winners aside from Royal Symphony.

Closely related to Champion 3YO, Naturalism, Naturalist’s other runners include Bendigo Cup runnerup, Hoodlum, and the 7-time winner, Just Incredible.

“He (Royal Symphony) was always a bullish colt and was the first one to the feed bin as a foal. Saturday’s win was over 1600m, but his pedigree suggests the best may still be in front of him.

“Let’s hope he becomes our first Group One winner, which would be a huge achievement for a stud of our size.”

Domesday produced his third Group One winner last month via Queensland Derby hero, Ruthven, while other stakes winners this season include Daysee Doom and Five To Midnight.