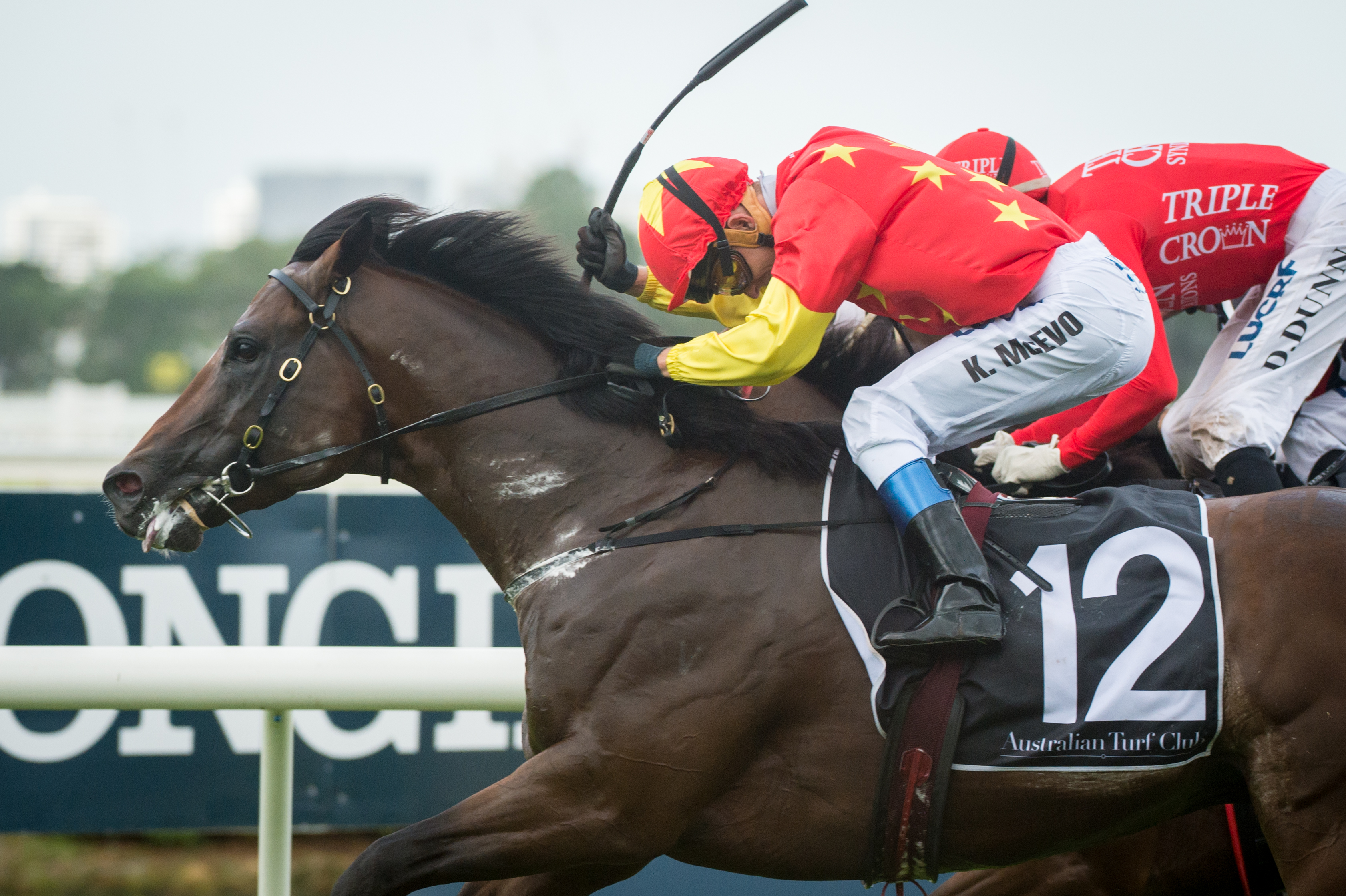 Newgate Farm’s Henry Field had good reason to be pacing nervously prior to the running of Saturday’s Group One Nathan’s Hotdogs The Galaxy (1100m) at Rosehill Gardens.

Field’s outstanding 3YO colt, Russian Revolution, wasn’t doing his owners or backers any favours prior to the gates opening and, even after the jump, no-one was rushing to be first in line to collect.

“Russian Revolution had got away from his handler on Friday and gave everyone a scare,” Field reveals. “Then, he got really wound up in the mounting yard and was a muck lather by the time he stepped onto the track. Even then, he cast a plate and had to be re-shoed behind the barriers.

“Earlier in the week they were offering $20 about the colt, then by race time, he was $2.90. However, when he was caught four wide without cover early in the race, I started to think the $20 was a more suitable price.”

Still, Russian Revolution showed himself to be a class act at the elite level and really knuckled down by the time they got to the business end, scoring by a head in an absolute thriller.

“He didn’t win by much but it was an impressive performance nevertheless. He was first up and racing on a heavy 10 against horses with a lot more race fitness,” Field adds.

“It’s difficult to emphasise just how important Group One success is for a colt like this. He had won four from five prior to Saturday – including two at stakes level – but this time he was really stepping up to the plate and showed just what a quality horse he is.

“A Group One makes all the difference in terms of the quality of mare he’ll cover when he eventually goes to stud.”

Russian Revolution may well get to add to his Group One tally in the coming weeks, but Field wasn’t in a  rush to start counting chickens.

“The horse’s welfare is the No. 1 priority for us and I know from experience that colts can be a day to day proposition, but all things being equal, he’ll next start in the Group One TJ Smith (1200m) at Royal Randwick on 1 April and perhaps, perhaps, perhaps, a chance to climb the $10 million Everest in October.

“Still, we’ll just see how he goes in the next few days,” an obviously relieved Field mused.

Bred by John Stuart Investments and a son of Snitzel, Russian Revolution was offered by Vinery Stud at the 2015 Inglis Sydney Easter Yearling Sale and eventually knocked down to China Horse Club for $320,000.

Russian Revolution races in the colours of China Horse Club but also has heavy hitters like SF Bloodstock, Matthew Sandblom, Newgate Farm and Sir Owen Glenn involved in the ownership, while Snowden Racing adds the polish.

“Full marks to Peter Snowden who is an incredibly accurate judge,” Field points out. “Peter declared him to be top notch before he had even barrier trialled and it turns out he was spot on.”

Russian Revolution’s Galaxy has capped off a remarkable week for Newgate Farm with the announcement on Thursday that 2016 Golden Slipper winner, Capitalist, has a full book of mares for his first season at stud, while fellow Group One winning 3YOs, Extreme Choice and Flying Artie were both retired from the track and will be heading to Newgate’s Aberdeen property.

At least after Saturday, when Russian Revolution is finally sent to stud, he won’t be daunted by the company.