Russian Toward A Life At Stud 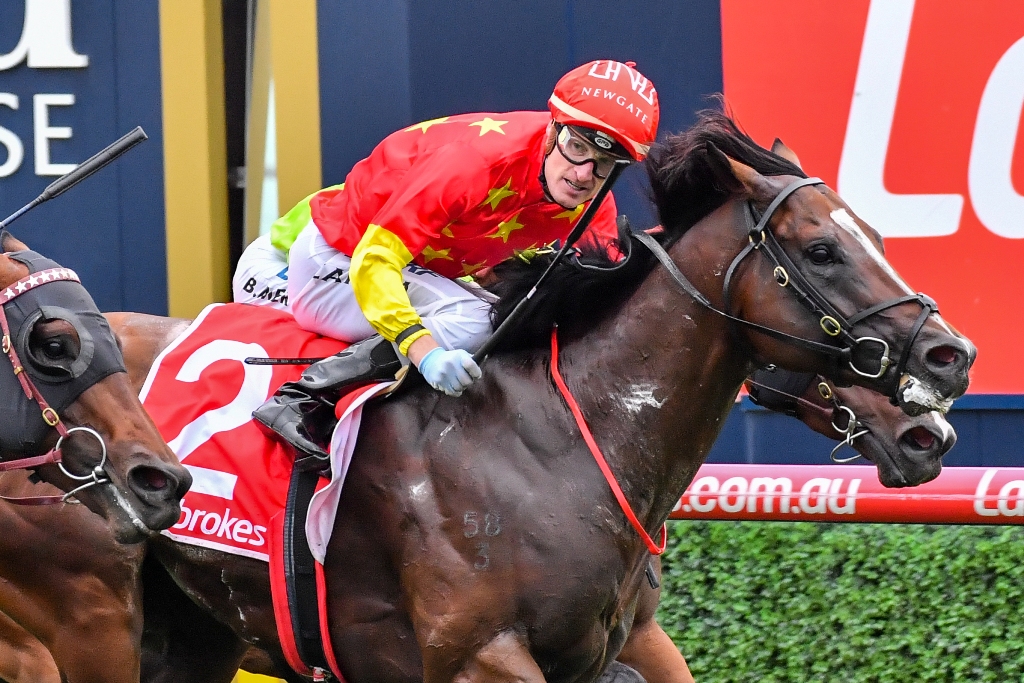 You say you want a Revolution?

Well, racing fans (not to mention prospective breeding fans) got one served up on Saturday in the Ladbrokes Oakleigh Plate over 1100m at Caulfield with Russian Revolution notching up his second Group One victory.

Henry Field, whose Newgate Farm is a major shareholder in the 4YO entire, was naturally over the moon at Russian Revolution’s ‘double’, particularly as the horse is gearing up to stand at his Hunter Valley property this spring.

“He (Russian Revolution) is a remarkable racehorse … blistering speed,” Field points out. “There are not exactly a heap of those 1000m, 1100m Group Ones and to win both the (Group One) The Galaxy (last March) and now the Oakleigh, is really special. A lot of good stallions have won those races: Snippets won them both, while you also have Bletchingly, Luskin Star, Snitzel, Fastnet Rock and Starspangledbanner up on the honour board.

“Russian Revolution has only been beaten the once over 1000m – and that was in a Group One – and he sat four wide on Saturday with top weight, so it solidifies what a class horse he is.

“There would be very few horses quicker over 1000m. He won a trial by six lengths in January and track watchers at Randwick told me they couldn’t remember anything going so fast.

“Full credit to (trainers) Peter and Paul Snowden … I would have been happy to retire him last year after the Galaxy but he came back in the spring with a Group Two in the McEwen Stakes and now the Oakleigh Plate.”

A delighted China Horse Club Bloodstock & Racing Manager, Michael Wallace, said a decision on Russian Revolution’s immediate racing future would be made in the next few days.

“It was a brilliant performance and we’ll sit down with Peter and Paul and the other partners and see where he goes from here,” Wallace reveals. “One way or another he’ll be heading to Newgate this spring.”

Russian Revolution is one of 13 individual Group One winners for China Horse Club in the past five years, which include North American Champion 3YO Filly for 2017, Abel Tasman.

“China Horse Club has shares in about 65 horses in Australasia, which include the 20 or so yearlings we’ve purchased in 2018,” Wallace adds. “The Club also has around 80 mares and shares in about 10 stallions, so it’s grown fairly substantially in recent times.”

Yet another shareholder in Russian Revolution is John Stuart Investments Pty Ltd, the racing ‘pseudonym’ for Brian and Noela Backshall who bred Russian Revolution and sold the colt – through the Vinery Stud draft – for $320,000 at the 2015 Inglis Australian Easter Yearling Sale: wisely deciding to keep a share.

Another of their mares, Noela’s Choice sadly had to be destroyed last year but the pair managed to purchase a half sister, Hot Summer Night, at last year’s Gold Coast Magic Millions National Broodmare Sale for $160,000.

Talk about swings and roundabouts! Hot Summer Night produced a Written Tycoon colt last November, was then given the season off, and will be covered by Russian Revolution this spring.