Russian To Success … Another Stakes Win For Monsieur Backshall 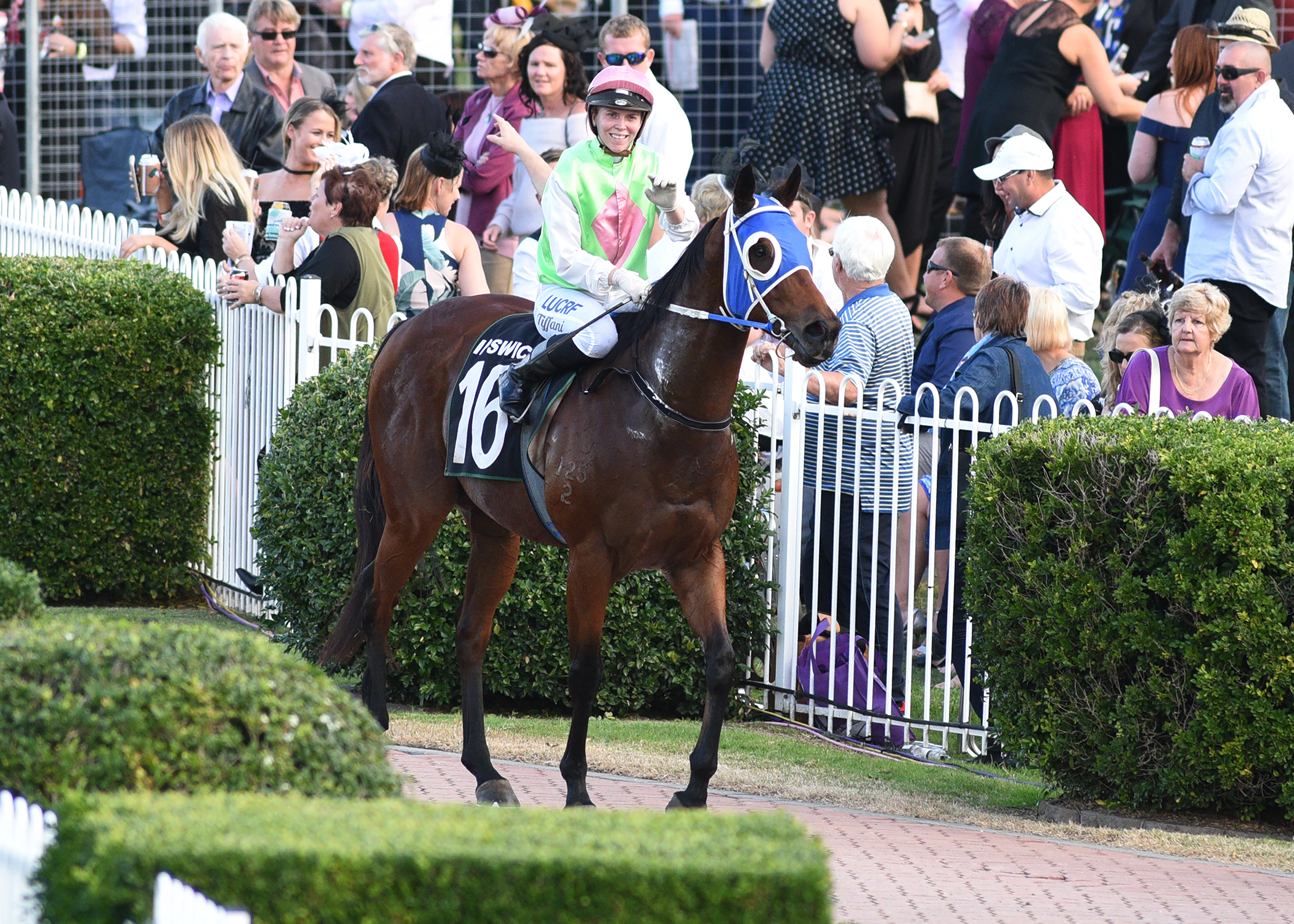 Brian Backshall can laugh at the irony of it all.

Involved with horses for “most of my life”, Backshall is the breeder of both 2017 Group One The Galaxy hero, Russian Revolution and Saturday’s Listed City of Ipswich Eye Liner Stakes (1350m) winner, Monsieur Gustave.

“My wife Noela and I used to have around 10 to 12 mares, but costs were starting to get prohibitive so we sold them, including the dams of Russian Revolution (Ballet d’Amour) and Monsieur Gustave (Saigon Moonlight),” Backshall reveals. “Not that long after, Russian Revolution started winning plenty of races and now along comes Monsieur Gustave with a stakes win. Don’t tell me you can survive in this game without a sense of humour!

“Anyway, the upside is that when we sold the mares, we still had two fillies in racing with Darren Weir. One is Turbo Miss, who was a Group winner in Melbourne in March and a half sister to Russian Revolution, while the other is Noela’s Choice, who has won three in town and is from a half sister to Redoute’s Choice and the dam of Rubick.

“It’s amazing how this game has turned around though. Since selling our broodmares, the industry has come back stronger than ever and so we purchased a couple of mares at the recent Magic Millions National Broodmare Sale and they’ll join Turbo Miss and Noela’s Choice at stud this spring. Gee, it was tough on the Gold Coast though. Prices have gone through the roof.”

Operating as John Stuart Investments – “they were my father’s christian names” – Backshall has bred numerous top line horses, including Grey Song, a 3-time Group winner who was runner-up to Mummify in the 2003 Caulfield Cup and third behind Elvstroem and Makybe Diva a year later, along with Group winner, Tonz More Fun.

Agisting and foaling down his mares at Vinery Stud, the Hunter Valley nursery sold Monsieur Gustave for $34,000, on the Backshalls’ behalf, at the 2014 Gold Coast Magic Millions Yearling Sale.

“He was a nice type of horse, but like most Al Mahers, just looked as if he needed some time,” Vinery’s Adam White explains. “It’s a wonderful pedigree and Brian and Noela spend a lot of time on their matings, so it’s great to seem them rewarded as breeders.”

Monsieur Gustave’s dam, Saigon Moonlight, is now with Armidale Stud in Tasmania where her Needs Further yearling was sold for $22,000 at the 2017 Tasmanian Magic Millions and was covered by Tough Speed last spring.

Meanwhile, Monsieur Gustave’s Eye Liner victory was also a huge thrill for Sunshine Coast trainer, Darryl Hansen, albeit having to cheer on his sprinter from afar.

“Due to some transport issues, I ended up drawing the short straw and my partner Amy Bowden took Monsieur Gustave to Ipswich, while I trucked another of our horses to Kilcoy,” Hansen explains. “I didn’t mind though … the country race meetings are terrific and I got to watch Monsieur Gustave on the big screen anyway. Love it when my horses win those good races.”

Hansen, training since 1993, has saddled up plenty of winners over the years – including Le Chef (2015 Magic Millions 2YO Classic), Essington and Vo Heart – but prefers to limit his stable to “around 15 to 20 horses” and ensure he keeps it “hands on”.

“I was fortunate enough to get Monsieur Gustave into my stable back in March of last year after Jason McLachlan gave training away and he’s been a very good horse for us, winning four races since,” Hansen adds.

“Great bunch of owners too and a couple of them have other horses with me as well.

“At this stage Monsieur Gustave will race in the Listed Glasshouse Mountain Sprint on the Sunshine Coast in a fortnight and hopefully he can make it two stakes wins in a row.”

Monsieur Gustave’s win on Saturday takes his record to five wins and three placings from 14 starts for $230,400 in prizemoney.

Monsieur Gustave also becomes the 33rd individual stakes winner for Aquis at Emirates Park’s Al Maher, whose other stars include Group One winners Delicacy, Fat Al, Almalad and Diamond Drille. The Danehill stallion will stand this season at a fee of $13,200.