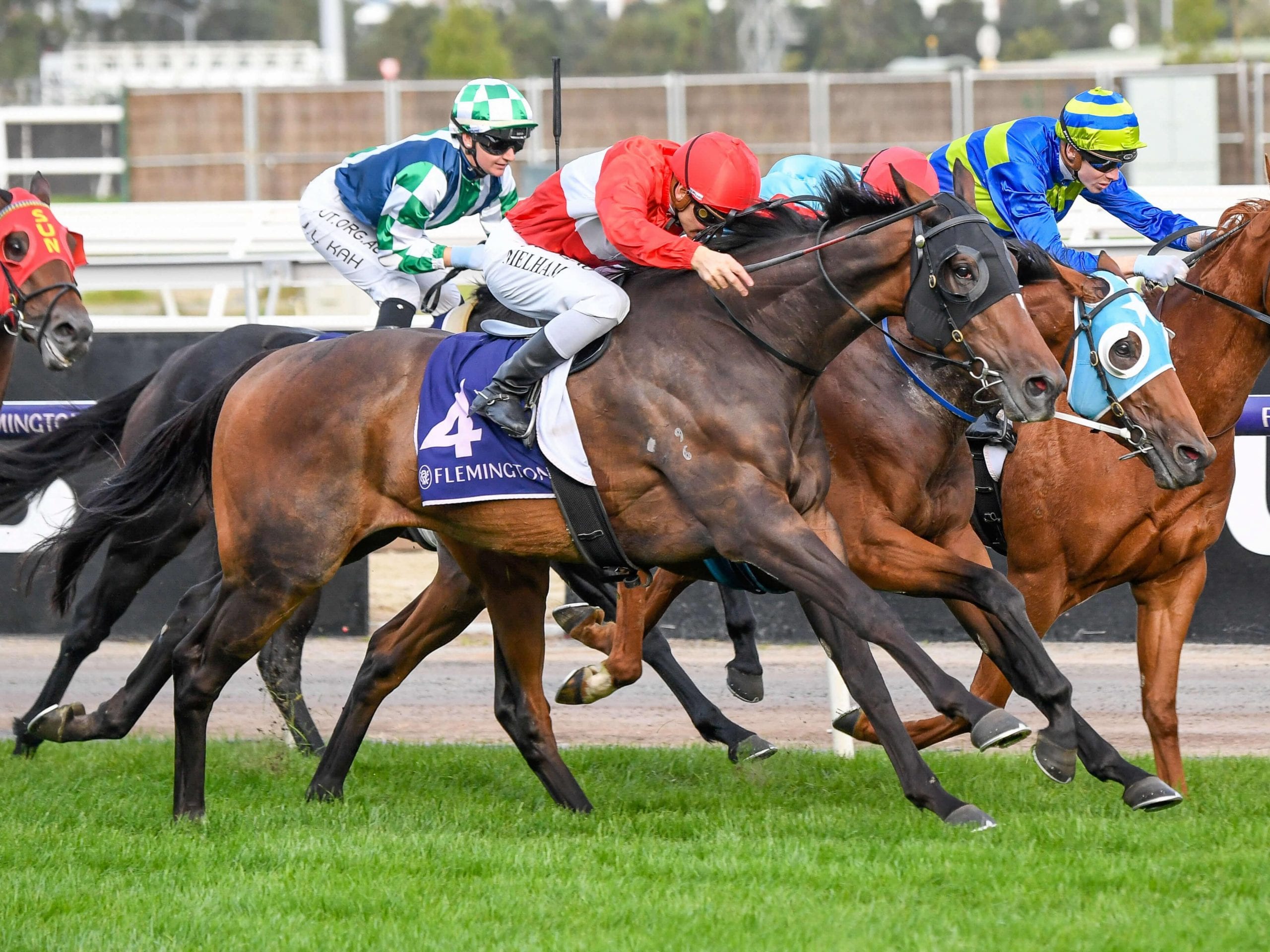 Michael Ramsden and his family have raced many stakes winners over the years, but few would have produced a tighter finish than Sacramento in Saturday’s Listed VRC St Leger Stakes at Flemington.

At the end of the 2800m epic, it was only a “flared nostril” that separated Sacramento and Saint Eustace and, even then, the final verdict was only confirmed in the stewards’ room.

The win also provided Gai Waterhouse and Adrian Bott with their third successive St Leger winner, while Waterhouse can lay claim to five of the last eight, but the victory had special significance for the Ramsden family too.

Michael’s late father, Andrew Ramsden was a long-time administrator in Victorian racing, serving as chairman of the Victoria Racing Club and pivotal in the formation of Racing Victoria Limited.

A devotee of staying races, Andrew Ramsden would race such notables Melbourne Cup winners Gurner’s Lane and Brew, while Sky Heights thrilled race crowds in the late 90s with successes in the Caulfield Cup and Australian Derby.

Courtesy of their Cup winner, the Ramsden family race under the Gurners Bloodstock banner, with recent successes including sprinter superstar, Chautauqua and last month’s Group winner, Master of Wine, while Michael is also involved with the William Street Syndicate which pays the feed bills for 5-time Group One winner, Santa Ana Lane.

“That was a huge thrill to win the St Leger, although it would have been easier on the nerves if he’d won by a slightly larger margin!,” Ramsden points out. “Dad won the St Leger in 1982 with Gurner’s Lane and he went to win the Melbourne Cup later that year. So, it’s almost 40 years between drinks in terms of the St Leger.

“Dad was a huge fan of distance races and the VRC re-named the 3200m Duke of Norfolk Stakes the Andrew Ramsden Stakes in his honour. He used to joke and say it was the first time they’ve ever downgraded a race by changing its name!

“He was really chuffed though when Niwot won the race in 2011.

“The distance has subsequently been reduced to 2800m and that’s possibly where Sacramento will head to next (16 May) and, I have to say, it would be a huge thrill for all of the family to win that.

The 23rd stakes winner for Coolmore’s Pierro, Sacramento is from the Group winner, Alzora and was sold by Supreme Thoroughbreds to Paul Moroney Bloodstock for $160,000 at the 2018 Inglis Melbourne Premier Yearling Sale.

Sacramento’s victory on Saturday was his third from 12 starts, along with two placings, for $174,605 in stakes. However, the 3YO’s form this campaign has been close to flawless, registering all three wins and a city second since February.

And it’s not only Sacramento’s timing which has been impeccable.

“We’ve purchased quite a few horses through Paul Moroney in the past and had them trained by his brother, Mike, but the irony is that we didn’t buy a share in Sacramento until earlier this year,” Ramsden reveals.

“We’ve also got Mr Dependable with Gai (Waterhouse) and she phoned to say a couple of the original owners in Sacramento had dropped out and was I interested in taking their shares. After Saturday, I’m pretty glad I said yes!”

Sacramento was bred by Rob Crabtree’s Dorrington Farm who raced the dam, Alzora, to success in the Group Three Vanity Stakes and Listed Ethereal Stakes in Melbourne after he had purchased the Redoute’s Choice mare for $115,000 – through Mark Pilkington – at the 2011 Gold Coast Magic Millions Yearling Sale.

Racing and breeding since the mid 80s, Crabtree’s distinctive red and white checks have been carried by Group One winning sprinter and successful Sun Stud based sire, Magnus – whom he also bred – while three years ago he had the distinction of winning a Group One double, 40 minutes apart, when Catchy won the Blue Diamond, followed by Sheidel in the Oakleigh Plate.

“We retain the good mares we race like Catchy, Sheidel and, of course, Alzora,” Crabtree reveals. “Another example is Missy Cummings who won a stakes race in Sydney for Anthony Cummings, while her first foal is last year’s multiple Group winner, Mizzy.

“Sacramento was a lovely foal and well done to Paul Moroney. She (Alzora) has a superb colt by Almanzor and is currently in foal to Impending.”