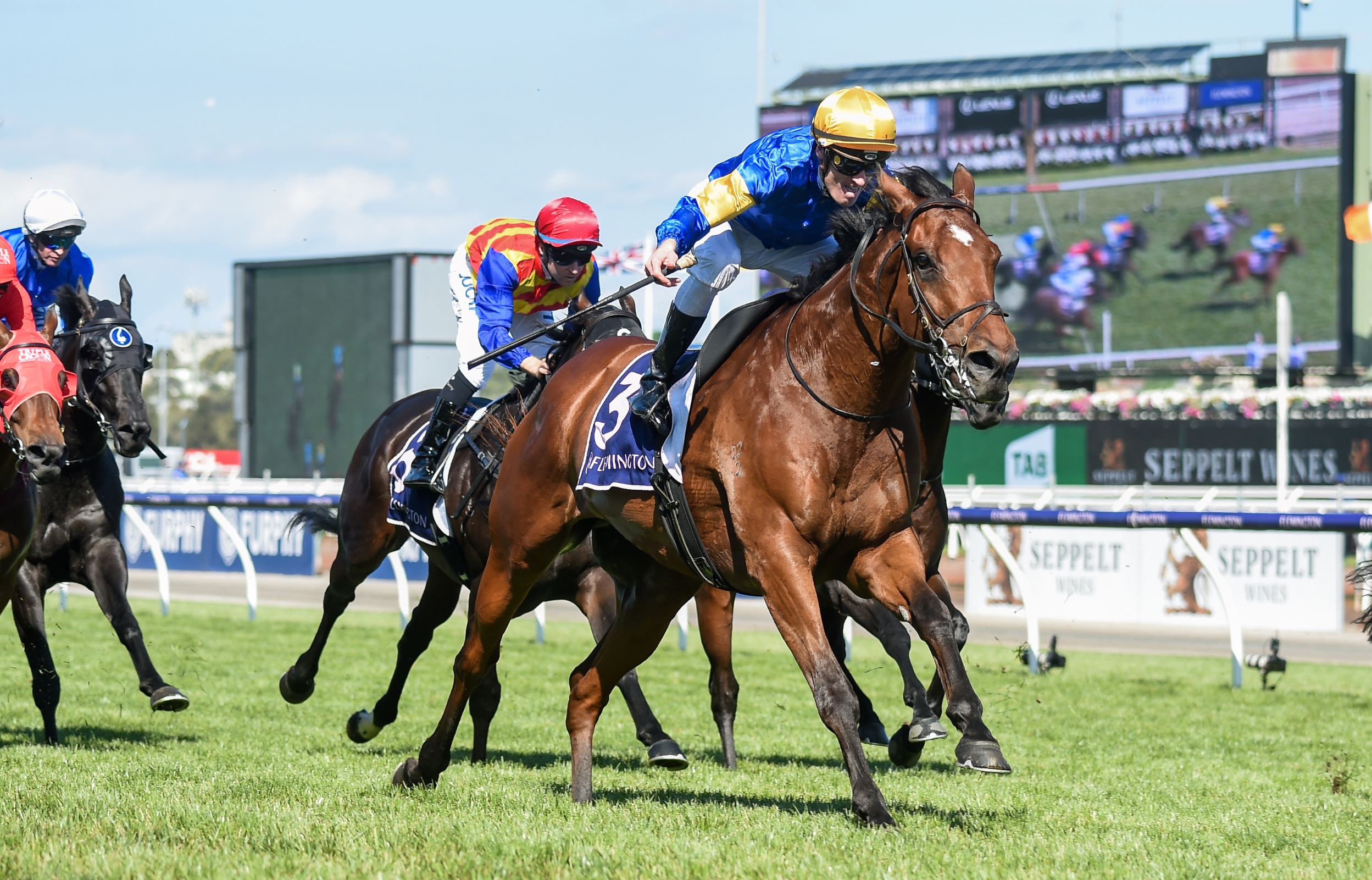 Top hats at the ready?

It was hardly surprising that much of the talk, after Santa Ana Lane produced a withering burst to capture Saturday’s VRC Sprint Classic at Flemington, was focused on whether the now 4-time Group One winner would head to Royal Ascot next year.

Trainer Anthony Freedman was having an each-way bet post-race, suggesting lack of prizemoney was as good a reason as any to stay home, but quickly added: “if the guys say ‘we want to go to Ascot’, I’ll listen to them”.

William Street Syndicate’s Michael Ramsden, who – along with Michael Clemenger – co-manages Santa Ana Lane on behalf of the 30 plus owners, is quick to point out that a lot can happen between now and June 2019, but believes there is “definitely a chance and we’d all like to go as a bit of fun”.

“He (Santa Ana Lane) is heading for the paddock and we’ll sit down and make some plans in the next month or so,” Ramsden reveals. “He’ll probably get a big weight in a race like the Newmarket, so weight for age options later in the autumn, such as the TJ Smith Stakes, could be more suitable.

“Who knows, the Chairman’s Sprint in Hong Kong might work as well before heading on to Royal Ascot? This is horse racing after all and you need to take it one stride at a time.”

Following the VRC Sprint Classic victory, Santa Ana Lane has won nine of his 31 starts with a further six placings for $3,473,961 in stakes and his rise and rise would be considered quite remarkable in any year without Winx.

Winning three of his first four outings as a 3YO, including the Group Three Zeditave Stakes at Caulfield, Santa Ana Lane didn’t salute again for 15 months (13 starts) – albeit with three stakes placings – eventually capturing the Listed Wagga Town Plate in May last year.

However, in the last 12 months alone Santa Ana Lane has won the Rupert Clarke, the Goodwood Handicap and the Stradbroke Handicap – all at Group One level – and, in late September, the Group Two Premiere Stakes in record time. Of the eight-strong field in the Premiere, five would back up two weeks later in the $13 million The Everest, which was eventually won for the second year in a row by Redzel.

Santa Ana Lane would finish sixth in the Everest but clearly failed to handle the heavy surface.

“He’s been largely underestimated,” Ramsden points out. “Santa Ana Lane was a bit immature as a 3YO and it took a while to work out his optimum distance. The 1000m is probably too short, while he tends to overrace at 1400m to 1600m.

“In the early days he was also jointly trained by Lee and Anthony (Freedman) and while they have different styles, Anthony certainly appears to have worked out his measure.”

The William Street Syndicate has been one of Victoria’s most successful ownership groups over the past 40 years, originally directed by Ramsden’s late father Andrew (formerly Chairman of the Victoria Racing Club and Racing Victoria) who raced spring stars such as Gurners Lane (Caulfield and Melbourne Cups) and Paris Lane (Caulfield Cup).

“We usually race one or two at a time and have had quite a lot of fun along the way,” Ramsden adds. “Justin Bahen purchased Santa Ana Lane on our behalf for $80,000 (from the Rosemont Stud draft) at the 2014 Inglis Melbourne Premier Yearling Sale and we’ll probably buy another one at next year’s sales.

“Everything we race has ‘Lane’ in the name and we’ve got a Starspangledbanner colt with Anthony coming through called Trump Lane.”

(Ramsden failed to mention that, like Santa Ana, he is hoping Trump Lane wins ‘bigly’).

Aquis was looking to repeat the dose from a week prior when, having earlier bought up a controlling interest in Extra Brut, the colt dutifully went on to lift the $2 million AAMI Victoria Derby. However, Brave Smash had no luck whatsoever in the Classic and was held up for a run several times over the concluding stages.

It was far from doom and gloom though as the big spending Aquis had astutely secured Santa Ana Lane’s dam, Fast Fleet, for $200,000 at the Magic Millions National Broodmare Sale in June.

“It’s been a terrific carnival for us overall,” Aquis Farm CEO, Shane McGrath points out. “Extra Brut followed up his Derby win with a tremendous third in Saturday’s (Group One Seppelt) Mackinnon Stakes, Chicago Bull ran a brilliant race on debut in the Maribyrnong Plate and Fundamentalist was third in the old (Group One) Myer Classic, while the win of Santa Ana Lane certainly boosts the stocks of his dam, who produced a cracking foal by (3-time Group One winner) Frosted in August and is in foal to Zoustar.”

Widden Stud-based, Zoustar, was a highlight on Derby Day when his first crop runners – Sunlight, Zousain and Lean Mean Machine – ran 1-2-3 in the Group One Coolmore Stud Stakes.

HOOFNOTE: Prior to Saturday, Albury-based part-owner, Dick Sloane, had only seen Santa Ana Lane win two of his races, including the Wagga Town Plate.

“What a terrific racehorse he is and it’s been an incredible ride with a great group of people,” Sloane enthused. “Ironically, I missed his win in the Stradbroke because I was in England at the time so I could go to Royal Ascot!”

Might be worth your while to dust off the morning suit, Dick.