Scone’s Lad Is On a Roll 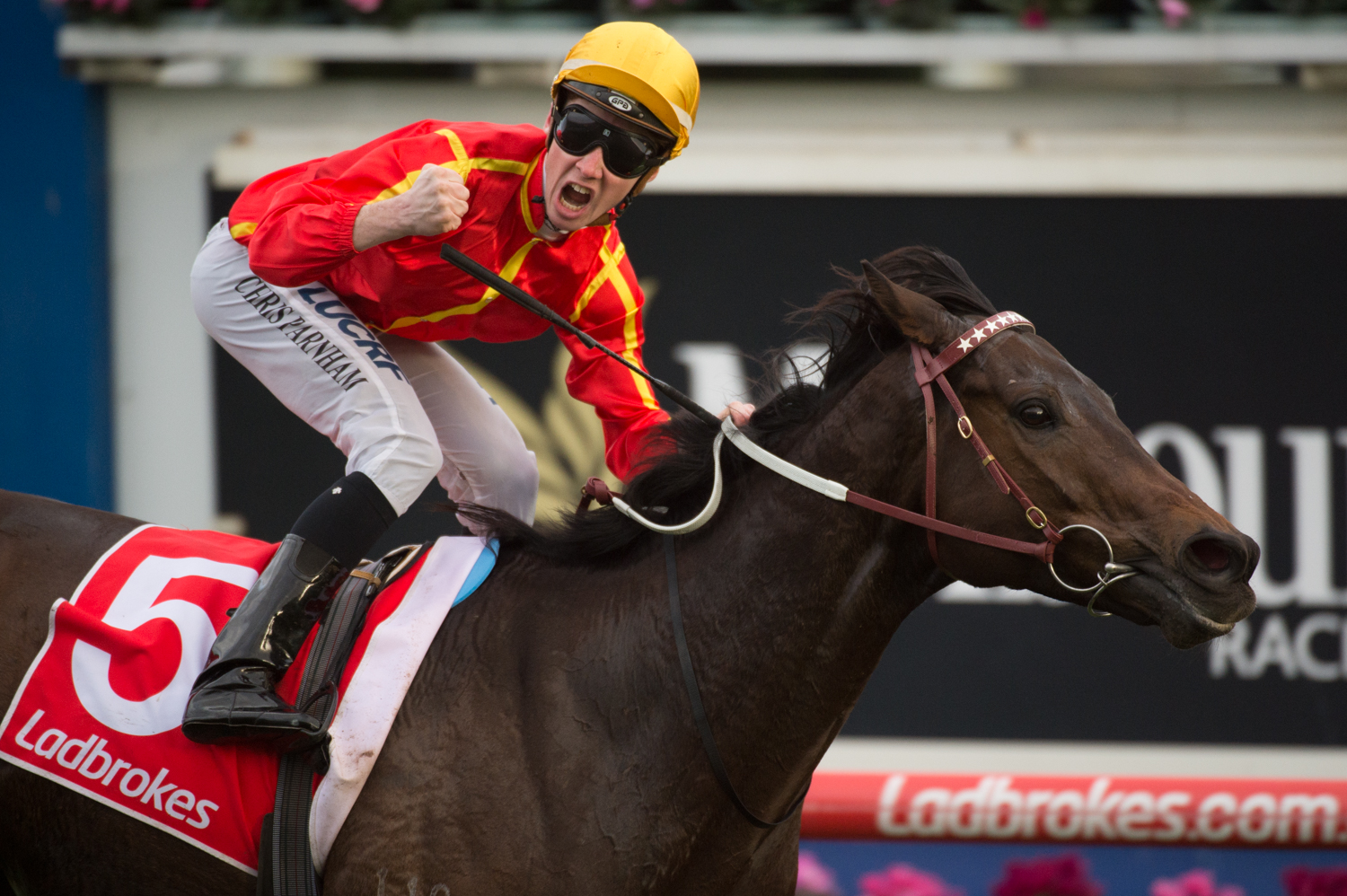 Noel Leckie recalls Segenhoe Group owner, Kevin Maloney, coming up to him at the 2013 Inglis Scone Yearling Sale and asking why he was selling the I Am Invincible colt from the Gilded Time mare, O’Fortuna.

“I don’t really want to, but I need to pay the bills Kevin,” was Leckie’s response. “Service fees, agistment, prep, farrier …”

This being a family publication, we can’t print Maloney’s retort, except to say the first four letters contained: B-U-L-L.

Eventually, Maloney said he would bid on the horse if Leckie kept a ‘leg’.

Leckie agreed and, while anticipating more than the $36,000 that said colt made in the ring, he was happy to be racing the horse with Segenhoe.

But not as happy then as he is now. On Saturday, the colt – now a 5YO gelding by the name of Voodoo Lad – won the Listed Regal Roller at Caulfield and stretched his earnings to $417,160 from his relatively light racing career.

“That was a terrific result,” Segenhoe racing manager, Bill Mitchell, enthused. “He’s from the first crop of the I Am Invincibles and that’s why we managed to pick him up so cheaply I suppose.”

“The plan with Voodoo Lad was to win the Scone Challenge with him, but he’s done that and then some,” Mitchell adds. “The Regal Roller was his 14th run but he’s never been out of a place … seven wins, seven placings.

“We’ve had to be patient with him though. He’s had his problems along the way and he probably didn’t have enough of a spell last time, but he’s really thriving on the beach at Warrnambool. Darren Weir has done wonders with the horse.

“It has really shaped as a terrific year for Segenhoe, both on the track and in the sale ring.”

Leckie watched the Regal Roller from his lounge room and told his wife at one stage that he thought the horse wouldn’t fill a place after overracing.

“He likes it at Caulfield though. He just doesn’t seem to handle the straight at Flemington – his sire was a bit like that too,” Leckie mused. “Very happy with the way he went to the line though.

“He’s been an interesting horse … he only finished second in a four horse race at Gunnedah on debut and I remember (jockey) Robert Thompson coming up to me after the race and saying ‘sorry Mr Leckie’. I said don’t call me Mr Leckie because you’re as old as me and that he should be sorry because I had 10 grand on the horse. The look on his face! … I had to tell him I was only joking.”

Sadly for Leckie, Voodoo Lad’s dam, O’Fortuna, had to be euthanised just months after Voodoo Lad arrived on the scene.

“I purchased the mare in foal to Hussonet and, being a really nice type, it was suggested I sell the foal – a colt – as a weanling. He made $46,000 before then being sold as a yearling to David Hayes for $250,000! Still, I had sent the mare to Catbird and, on the strength of the Hussonet, David purchased that yearling for $165,000.

“Unfortunately, the poor mare developed chronic back pain and so she had to be put down. All I can say though is if she had of been OK, I would have kept sending her back to I Am Invincible.

“I’m not sure where Voodoo Lad will go from here, but now is definitely the time to have them racing.”