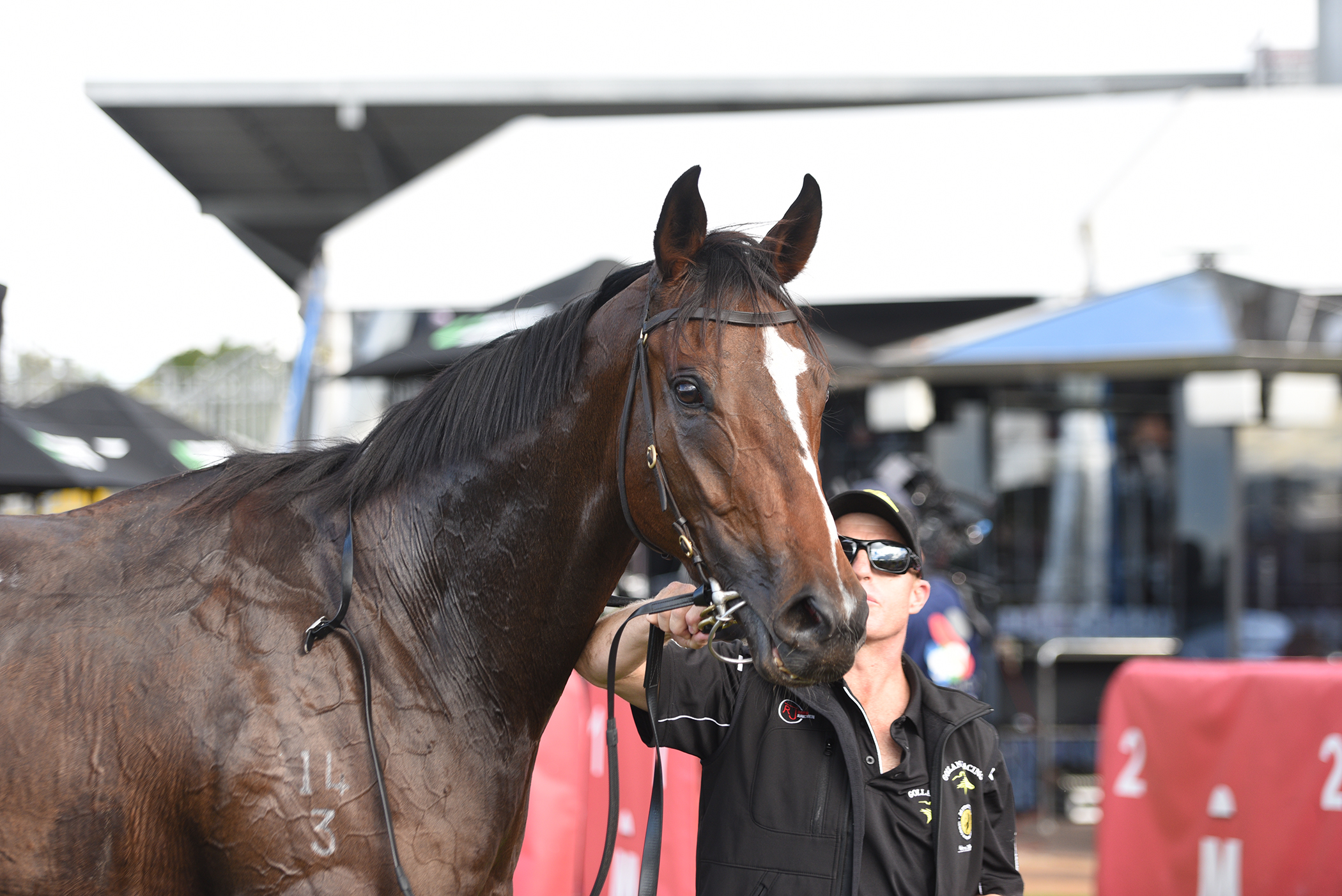 Connections of smart 3YO, Salsonic, must have had hearts in mouths shortly after the start of the Group Two Queensland Guineas over 1600m at Doomben on Saturday.

Salsonic was slowly away from the barrier and then dallied, tailing off from the main bunch until around the half way mark.

However, under the urging of champion jockey, Hugh Bowman, Salsonic found an extra gear and flew home to score by nearly a length.

Colleen Buchanan of Sefton Park Thoroughbreds had more reasons than most to cheer on the Jason Coyle trained galloper, given that she sold Salsonic for $50,000 at the 2015 Inglis Sydney Classic and has a weanling half sister (by Stratum) to sell on Sunday at the Inglis Great Southern Sale in Melbourne.

“That was a terrific result in the Queensland Guineas,” Buchanan enthused. “Salsonic was bred by John Gatfield and was one of three nice colts I put through the sale that year.

“Salsonic’s dam, Salsify, has produced seven winners from seven to race, including the Stratum gelding Kirinata, who has won eight and is stakes placed in Sydney.

“I bought the mare from John when she wasn’t in foal, sent her to Widden and got the Stratum filly out of her, then put her in foal to Foxwedge, and she was sold last week at the Magic Millions National Broodmare Sale to breeders from Western Australia.

“I guess it’s a pity the sale wasn’t on this week, but the weanling is a lovely, athletic type, a real eye catcher just like Salsonic was when he was young and she should sell well in Melbourne.”

Spread over 150 acres at Scone in NSW, Sefton Park prepares around 10 yearlings, and a few weanlings, for sales annually and foals down approximately 30 mares each year for clients: “I like that personal attention I can give the horses on my farm”.

Selling under the Sefton Park Thoroughbreds banner for the last four years, Buchanan points out that Salsonic is the pick of the bunch at this stage, but other farm graduates include smart Hong Kong galloper, Bad Boy, winner of three in Hong Kong and originally a winner in Adelaide for Lloyd Kennewell, while Adventurer, by Nicconi, is also an impressive performer in Hong Kong.

“I reckon there are some exciting times ahead for Salsonic, along with some of the other young horses off the farm which are now in training,” Buchanan adds.

Naturally enough, Yarraman Park’s Harry Mitchell was cheering on Salsonic in the Guineas as it gave resident stallion, Hinchinbrook, his 11th stakes winner, joining the likes of multiple Group One winner, Press Statement (who won the JJ Atkins two years ago), Whispering Brook, Derryn, Diamond Tathagata, Spright and The Virginian.

With his oldest progeny rising 5YOs, Hinchinbrook’s yearlings sold up to $1 million in 2016 and his fee this spring has been set at $44,000.

A Group winning 2YO and multiple Group One placed at three, Hinchinbrook originally stood at a fee of $16,500.

“He (Hinchinbrook) has covered some terrific mares over the last two seasons,” Mitchell reveals. “We’re pretty excited because he’s done a lot already … he can produce outstanding 2YOs and older horses, while his stakes performers to runners is very good (over 12%).

“He’s also doing well in Hong Kong where he has five winners from as many runners this season and is high up on the 3YO Sires’ chart too.

“We don’t overtax the horse … his book is full for this spring and he’ll cover around 130 mares … some real quality among them. There’s a lot to look forward to.”