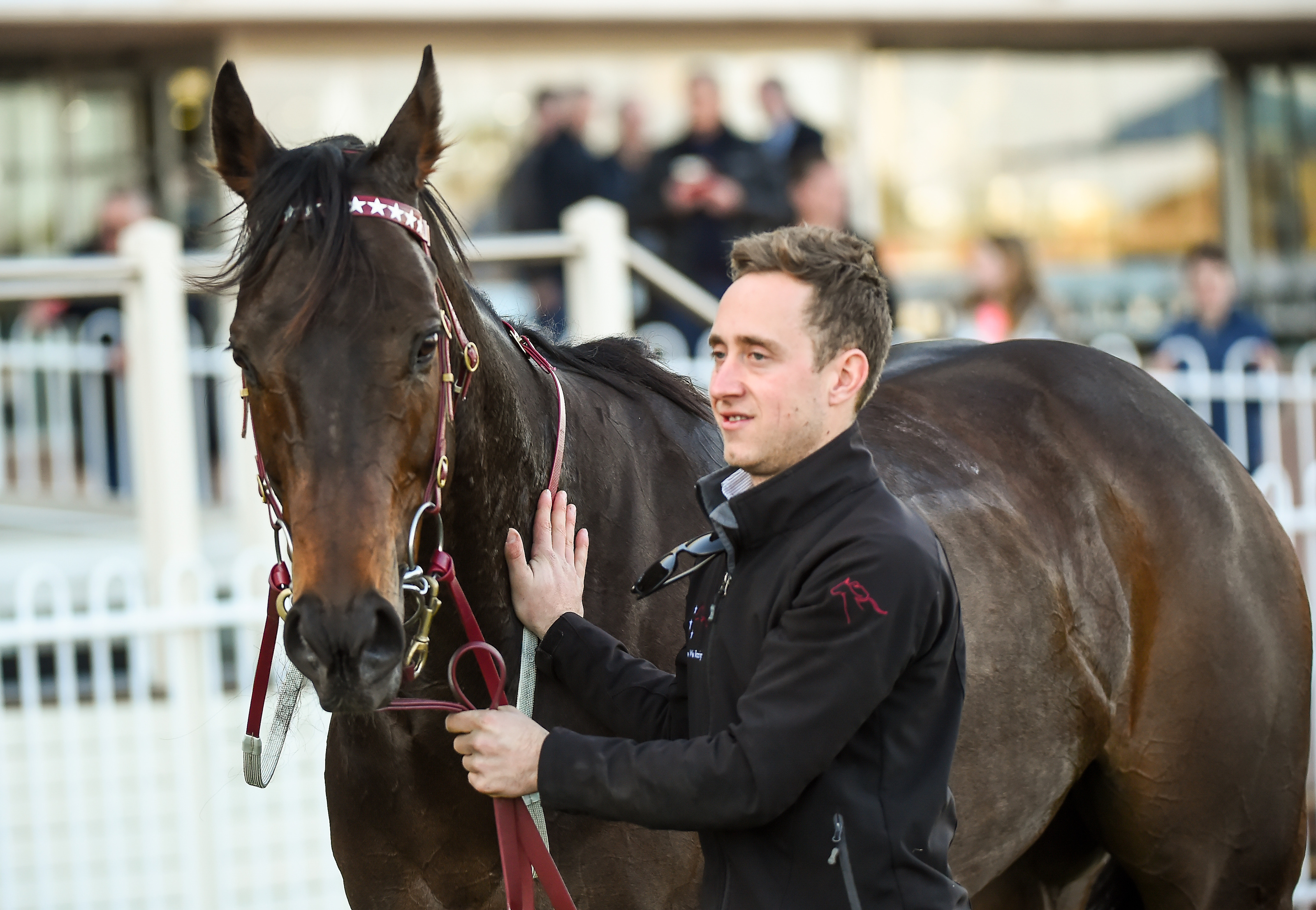 In his role as racing manager, Bill Mitchell, has purchased a number of outstanding gallopers on behalf of Segenhoe Stud.

Northern Meteor’s Group Two Furious Stakes winner, Bound For Earth, is a particular favourite after being snapped up for $290,000 at the 2012 Inglis Australian Easter Yearling Sale.

Another is Villiers Stakes winner, Ninth Legion, who won over $1 million in stakes after being sourced from the 2011 Inglis Easter for $110,000, while Granny Red Shoes – a dual stakes winner at two this season – was a $280,000 Magic Millions Gold Coast Yearling Sale buy.

However, for sheer value, Voodoo Lad is hard to go past. Bred by the late Noel Leckie, Voodoo Lad was offered at the 2013 Inglis Scone Yearling Sale and eventually knocked down to Segenhoe for just $36,000.

On Saturday, Voodoo Lad won his fifth black type race by running away with the Group Three Sir John Monash Stakes over 1100m at Caulfield and, courtesy of six other wins and nine placings, the Lad has taken his earnings to $1,117,410.

“That was a super run in the Monash and he’s very hard to beat when fresh,” Mitchell points out. “I’ll have a talk to (trainer) Darren Weir over the next couple of days, but a race like the (Group Three) Bletchingly Stakes (over 1200m) at Caulfield in two weeks should suit him down to the ground.”

Aside from disappointing performances in this year’s Goodwood Handicap and Stradbroke, Voodoo Lad has been an incredibly consistent performer and aside from his black type victories, has also run second – beaten a neck – in the Group One Sir Rupert Clarke Stakes and second to Redkirk Warrior in the Group One Newmarket Handicap.

Voodoo Lad is raced by Segenhoe in partnership with the estate of Noel Leckie who sadly passed away in January last year.

Interviewed shortly after Voodoo Lad’s initial stakes success in the Listed Regal Roller Stakes at Caulfield (where Voodoo Lad now boasts a record of four wins and a Group One second from five starts!), Leckie recalled the events surrounding the sale of the horse: “(Segenhoe owner) Kevin Maloney came up to me and asked why I was selling him. I said ‘Kevin, I don’t want to sell him but I need to pay the bills … service fees, agistment, prep, farrier’. Kevin’s response was not what you would print in a family publication, but agreed to buy the horse if I kept a leg.”

Saturday’s victory continues the legacy of an astute breeder, owner and well-liked figure from the Hunter Valley fraternity.

Meanwhile, another clear attraction for Mitchell in the selection of Voodoo Lad is that the now 6YO is one of 32 stakes winners for I Am Invincible, who is based at Yarraman Park – run by Mitchell’s brothers Arthur and Harry.

“Voodoo Lad is from the first crop of the I Am Invincibles and naturally I had been taking a close look at his progeny from very early on,” Mitchell explains. “I thought the $36,000 was excellent value then and, given what’s happened since, I’m not about to change my mind.”

Voodoo Lad is the final foal of Gilded Time mare, O’Fortuna – closely related to 8-time Group One winning sprinter, Schillaci – who has produced four winners from as many to race.