What A Run By Hermitage 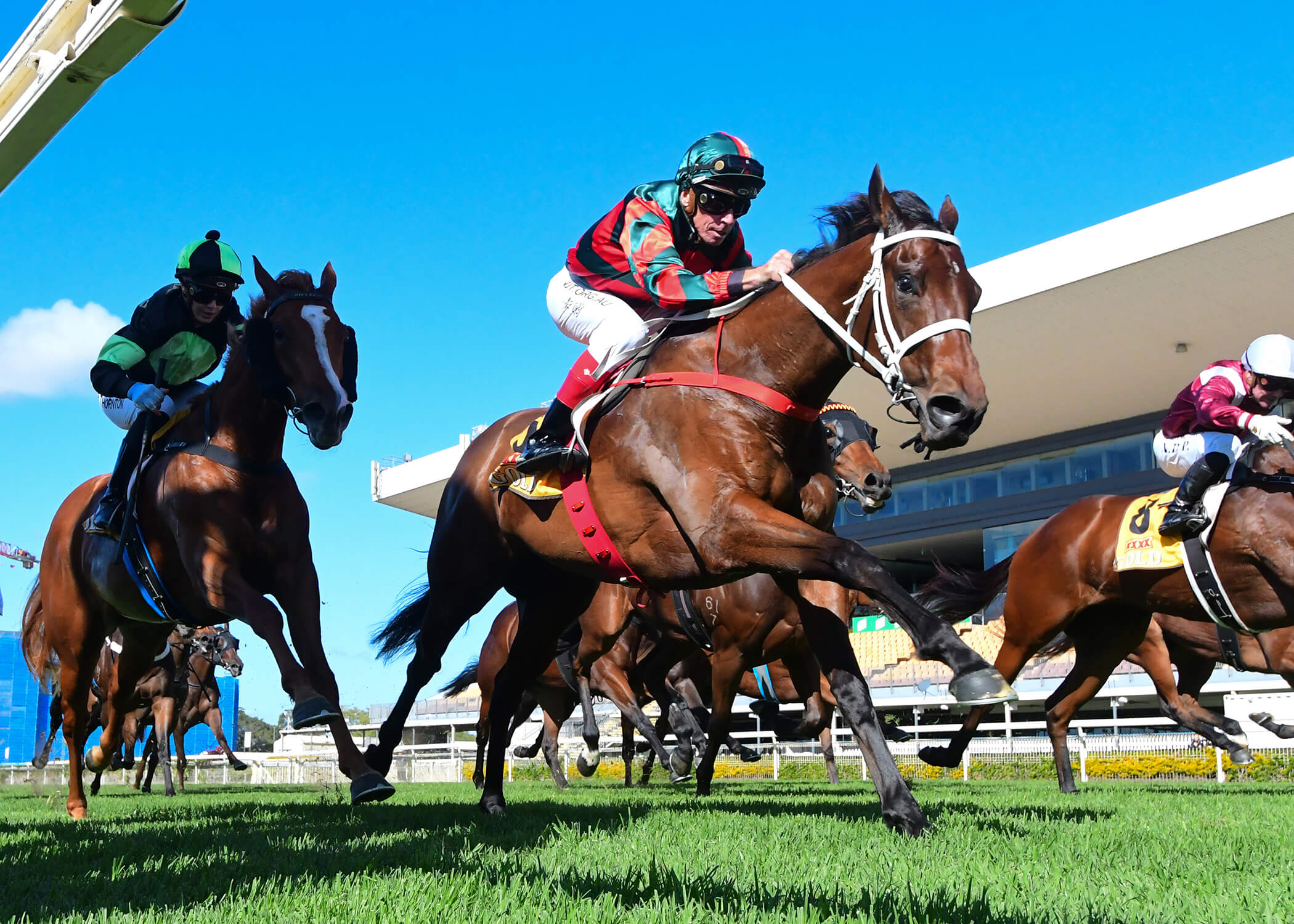 By any definition, it has been truly remarkable 12 months for Hong Kong owned Hermitage Thoroughbreds.

Dragon Leap, another Easter purchase, won a pair of Group Twos in New Zealand earlier this year and he will now, potentially, seek further riches in Hong Kong.

Other Group One winners in relatively recent times to carry the distinctive dark green and red silks include the Australian-bred, Kiwi Group One winner, Summer Passage and dual Group One Oaks winner, Egg Tart.

However, it was on Saturday that Hermitage notched up its first stakes double with 2YO, September Run, capturing her initial black type success in the Listed XXXX Gold Bill Carter Stakes over 1110m at Doomben, while some two hours later, Wu Gok made it stakes win #3 by taking out the Listed Lord Mayor’s Cup over 2000m at Rosehill Gardens.

Bred by Alpara Lodge and a $380,000 purchase from the Blue Gum Farm draft at the 2019 Inglis Melbourne Premier Yearling Sale, September Run becomes the 170th stakes winner for Godolphin’s Exceed And Excel and she hails from the Flemington Group winner, Pittsburgh Flyer, in turn a daughter of Champion South African 2YO, Warning Zone.

Wu Gok, meanwhile, is by the late Widden Stud stallion, Sebring (as is Egg Tart), and is a half brother to Group One winner, Levendi and Group winner Marcel From Madrid. Bred by Robert Anderson, Wu Gok cost just $120,000 at Easter ’15, but with 10 wins and 10 placings, has gone on to bank $676,535 in stakes.

“It was an incredible afternoon,” Hermitage’s Shannon Beasley enthused. “September Run is the best performed of the yearlings purchased by Hermitage in 2019 so far, but there’s a lot of promising 2YOs coming through.

“(Trainer) Chris Waller said September Run is a really honest filly and that black type will assist enormously. Hermitage has purchased some very well bred colts in the last two years (paying $1.4 million – in conjunction with Coolmore – for I Am Invincible’s full brother to Catch Me in 2019), but we buy a number of fillies too … some of them obviously with The Autumn Sun in mind.

“September Run certainly paid for herself many times over with that stakes win on Saturday.”
Fans of Yum Cha dining will recognise the name, Wu Gok (Egg Tart is another delicacy!) with Beasley claiming the rising 7YO is a stable favourite.

“We reckon he’s the most honest horse in the world and everyone loves him … at the farm and at the stables,” Beasley explains. “He’s just a lovely type and rarely puts in a bad race, especially when it’s soft underfoot.

“To win first up over 2000m is tremendous and maybe those uphill gallops at the farm have helped a lot too.

“We were fairly nervous coming into the races on Saturday, but thought each of them had a decent chance. It’s been a massive week.”

Indeed, Misty Summer won comfortably at Gosford on Thursday and with three winners in 72 hours – given there are only four Hermitage horses currently racing – it’s a very good strike rate!

Based over 250 acres at The Oaks (some 80 kilometres west of Sydney) – and ‘home’ on occasions to Winx and Nature Strip, Hermitage Thoroughbreds was established by Eugene Chuang in 2011.

Chuang – and his brother Henry – have owned horses in Hong Kong since 1997, starting out a horse called Willie Way.

Of the 14 horses the brothers have raced in Hong Kong, all bar one have had ‘Willie’ as part of the moniker, in recognition of the name of their former business.

The Chuangs best runner to date in Hong Kong is Willie Cazals who finished second in both the Group One Hong Kong Vase and Group One The Champions & Chater Cup.

According to news reports, Pierro 3YO – Dragon Leap (a dual Group Two winner with three wins from five starts) – will head to Hong Kong to tackle next year’s Derby.

Interestingly, the Chuangs most recent runner in Hong Kong is the Australian-bred More Than Ready 8YO, Willie Way – clearly named in honour of their first horse – who won five races for the brothers.