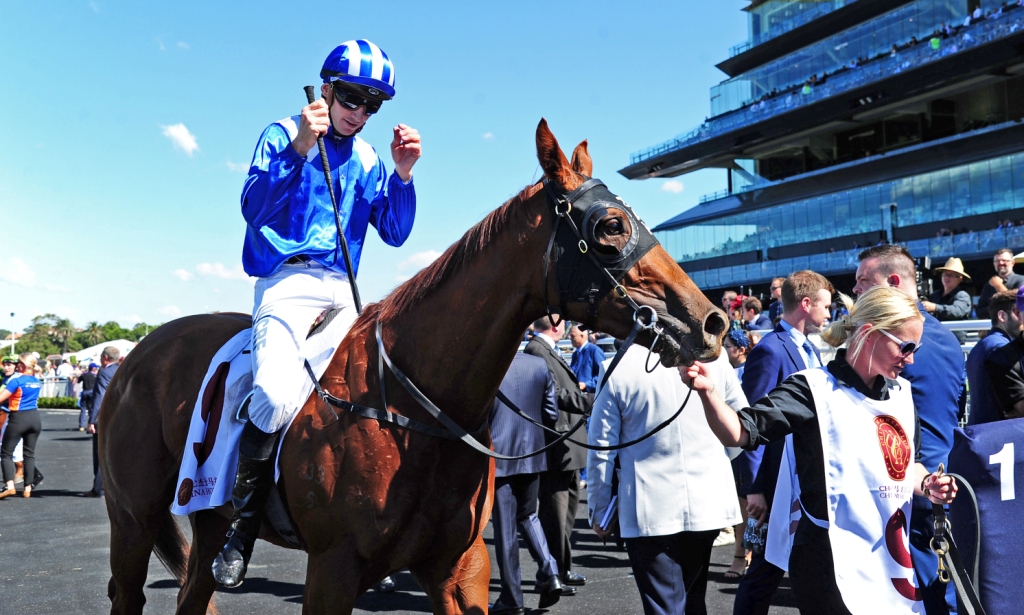 The global stretch of the massive Shadwell operation has had a major influence on Australian racing and breeding for more than four decades.

Ever since At Talaq captured the 1986 Melbourne Cup, Shadwell’s royal blue, white epaulettes and striped cap have become a fixture on Australian racetracks. It is a tribute to the commitment of Shadwell principal, Dubai’s Sheikh Hamdan Bin Rashid Al Maktoum.

Shadwell added to the honour roll on Saturday when Futooh powered home in the Listed China Horse Club Mile at Royal Randwick to secure her first black type win.

And, according to the Lindsay Park stable, she might not have long to wait before adding to it, as the Sebring filly is likely to line up in this Saturday’s $500,000 Group One Moet & Chandon Champagne Stakes over 1600m at Royal Randwick.

“Actually, Saturday was pretty good overall for Lindsay Park as we ran one-two in the China Horse Club (the Devitt/Gordon owned, Muswellbrook, finished second), we won the (Listed) Dequetteville Stakes in Adelaide with Fundamentalist, had another 2YO in Ocean Knight win impressively on debut at Caulfield, while last year’s Blue Diamond winner, Catchy, won the (Group Two) Sprint at Randwick as well.”

Futooh becomes the 39th stakes winner for Widden Stud based, Sebring – a Golden Slipper winner in his own right – and is the third foal of Dubawi mare, Golden Millennium, who won the Listed Keith Mackay Stakes as a 2YO.

Bred by Jenifer Mackay, Futooh was offered at the 2017 Inglis Australian Easter Yearling Sale through Sledmere Stud and purchased by Shadwell for $375,000.

“Full marks to Angus Gold who buys all the horses for Shadwell,” McAlpine adds.

“Out of their seven stakes winners in Australia this season, only two (Muraaqeb and Khulaasa) are home-breds, while Angus purchased the others at either Easter or the Gold Coast Magic Millions. He’s certainly got a great eye.”

Shadwell Stud and Gold were again a major presence at last week’s Inglis Australian Easter Yearling Sale, the first at the Riverside Stables and the second most successful in the sale’s history.

With the commencement of the 3-day 2018 Inglis Australian Broodmare and Weanling Sale at Riverside on Sunday, it was time for Shadwell to sit on the other side of the fence, given that the operation was selling eight of its fillies and mares through Yarraman Park.

A home away from home for Shadwell’s breeding stock, Yarraman Park has foaled down many a track luminary for the blue and white.

“It was terrific to see Futooh get up for Shadwell on Saturday,” Yarraman Park’s Harry Mitchell enthused.

“They have been tremendous supporters of the Australian industry for a long time … they’ve bred some great horses here in Australia, but as last week’s Easter Sale showed, they don’t mind unleashing on yearlings either.”

HOOFNOTE: A compelling example of the importance of international investment in Australian racing is that Shadwell’s two most recent stakes winners Muraaqeb and Futooh won races sponsored by the China Horse Club, whose own impact on local racing and breeding has been substantial.