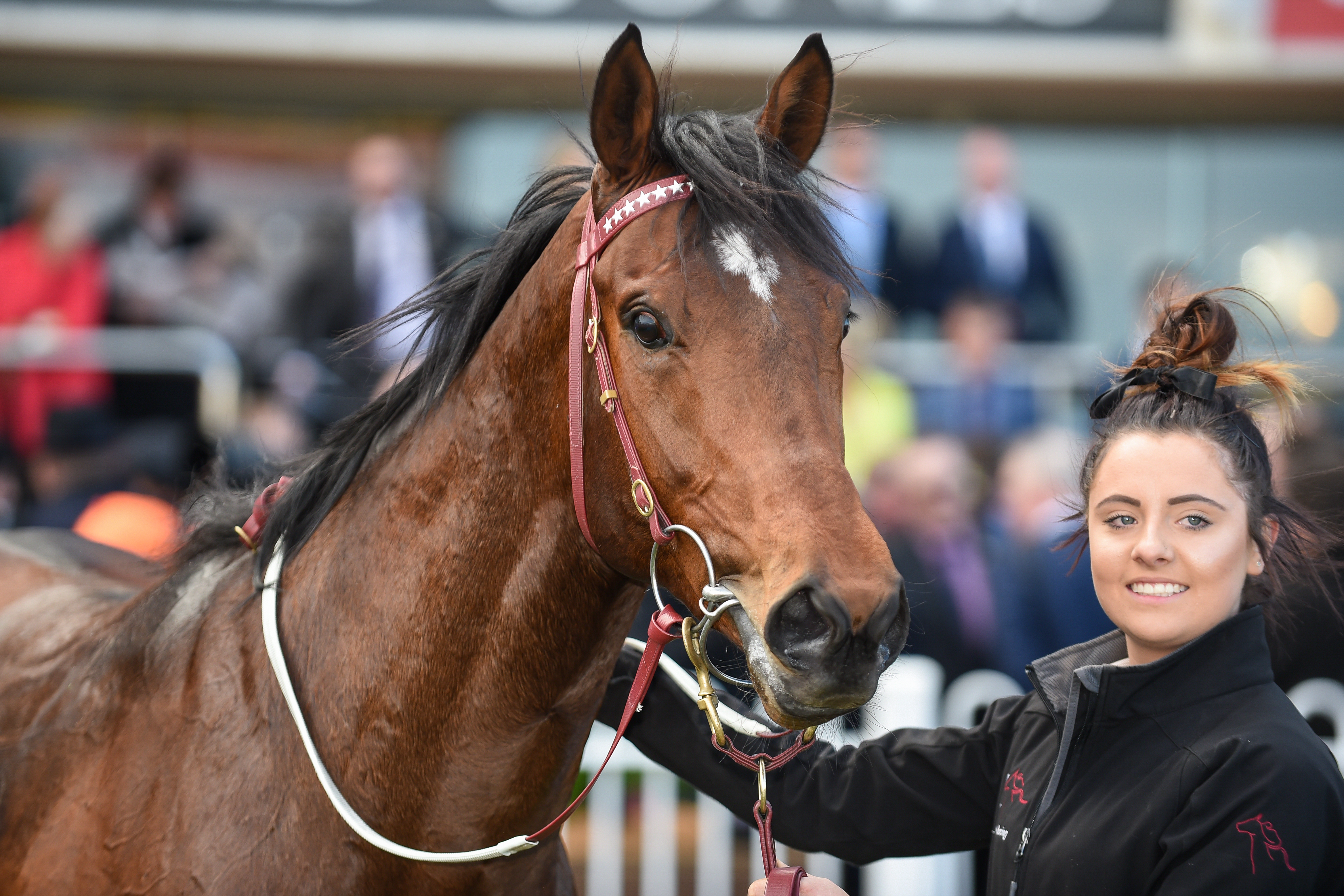 It was a wild and woolly Caulfield on Saturday with the Bletchingly Stakes program eventually abandoned due to high winds, but not before a rising star in Shamport put his stamp on the $180,000 Join Victorian Breeders VOBIS Gold Ingot over 1400m.

Stepping out for just the second time after finishing third at Echuca on 10 July, the Darren Weir trained 2YO was all business in the Gold Ingot, cruising to the line with over two panels to spare.

“This is a really nice horse,” Weir enthused. “We liked him at Echuca and he ran really well … Johnny (Allen) was very critical of his ride and said he should have taken control of the race earlier and probably would have won.

“The best part about his performance in the Gold Ingot though was that the further they got into the race, the stronger he went to the line and he did it quite easily in the end.
“I think once he gets up further in distance, as his pedigree suggests, then he’s going to be a very handy horse. He’ll go up to the farm for a few weeks on the water walker and then we’ll bring him back for the spring.”

A son of Shamardal from the Red Ransom mare, Port Providence, Shamport was bred by Rosemont Stud and sold through its draft at the 2016 Inglis Melbourne Premier Yearling Sale, where he was knocked down to bloodstock agent, John Foote, for $320,000.

“John really liked him and (Weir Racing Manager) Jeremy (Rogers) gave him the thumbs up as well,” Weir adds. “He was purchased on behalf of Hong Kong based owner, Peter Law, and Shamport is from the first lot of yearlings we bought for Peter, so it was great to see the horse get up and win a good race like this.

“Peter has made a substantial investment in Australia and to our stable … Shamport is one of six 2YOs, while we also have around 10 of his yearlings.

“He’ll eventually take some of the horses to Hong Kong to race, but I’m obviously hoping he’ll keep Shamport here for the spring.”

Shamport’s sire, Shamardal shuttled for five seasons to Australia, leaving Group One winners Delectation, Faint Perfume, Maybe Discreet and Hong Kong Horse of the Year, Able Friend, but returned to Darley in Europe at the end of 2010.

Rosemont Stud, however, was able to secure a service to the stallion for its mare, Port Providence, which the farm had purchased for £40,000 at the 2012 December Mares Sales, in foal to Champs Elysee.

“We’ve always loved Shamardal and managed to sweet talk our way into a couple of services to the stallion, to southern hemisphere time, for Port Providence and another mare of ours in Grise Leigh,” Rosemont’s Anthony Mithen reveals. “I think there were only three Southern Hemisphere covers to Shamardal that year and Widden Stud had one of them.

“Rosemont sold Shamport and we retained the filly out of Grise Leigh who is called Energies and is with Gai Waterhouse.

“She (Energies) has shown some ability but we’ve been patient with her and a late spring campaign is likely to be on the agenda, but Shamport could really make his presence felt in some of the Classic spring races, especially based on Saturday’s performance.

“It’s an unbelievable family and I wouldn’t rule out anything. Port Providence is a half sister to Persian Punch, who won 20 races and was twice placed in the Melbourne Cup. They’ve got a statue dedicated to him at Newmarket racecourse.

“But the family also has a lot of outstanding sprinter/milers too, like the Group One winner Aqlaam: so it’s anyone’s guess as how far Shamport will go.

“Rosemont sold an I Am Invincible half brother to Shamport at this year’s Gold Coast Magic Millions Yearling Sale to Gai Waterhouse for $280,000 and we retained a share in him, while Port Providence’s Sacred Falls weanling, soon to be yearling, is a chance to head to the Gold Coast (Magic Millions) or, given that Shamport sold so well in Melbourne, we might go to the Premier with him.”