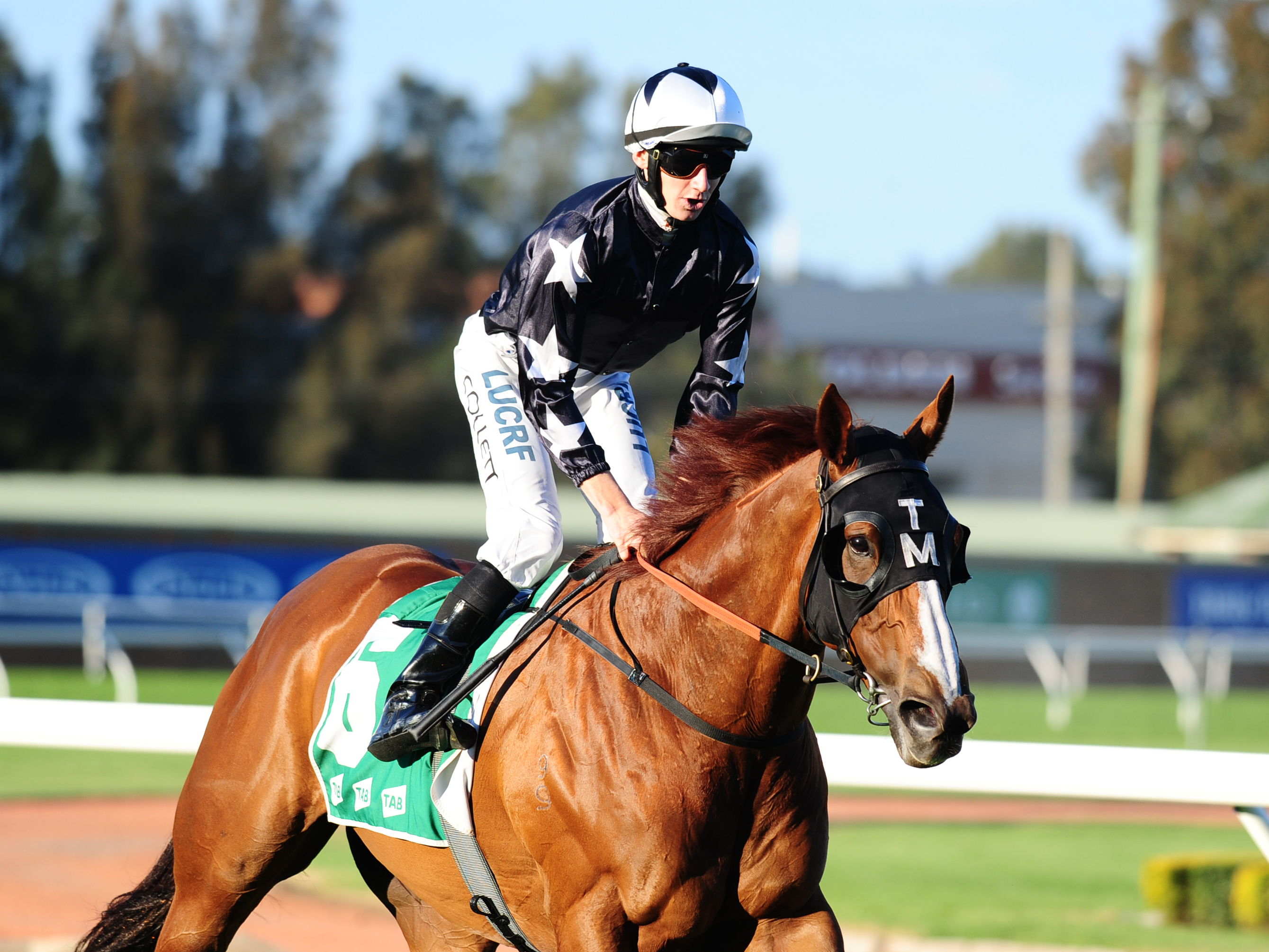 Moral Victory could probably do with a slight name change.

On the third line of betting in a seven horse field, the 7YO was hardly a ‘moral’ for the Group Two Shannon Stakes at Rosehill on Saturday, but in terms of ‘morale’ the win couldn’t have been more timely for trainer Tim Martin.

By his own admission, Martin has dropped off the radar somewhat since the halcyon days of a decade previously when the boy from Walcha in NSW burst onto the scene with a very good racehorse called Exceed And Excel.

The Danehill horse went on to win two Group Ones, including a Newmarket, was named Champion Sprinter of 2003-04 and has, subsequently, produced 122 stakes winners both here and overseas.

Further Group One winners such as Typhoon Zed and Redoute’s Dancer would follow and Martin quickly established himself as a top 10 trainer in Sydney.

But pickings have been a bit leaner in recent years and the phenomenal start (Exceed And Excel was one of the first yearlings he purchased) had become something of a slow burner.

That was until his home-bred, Moral Victory, and Group One Epsom hopeful, Heavens Above, really started to make their presence felt of late.

“That was a terrific win in the Shannon,” Martin enthused. “He’s always been a good horse and really thought he’d make the step up to Group level.”

“I’ve always bred a couple myself: usually from mares I purchased as yearlings and kept for breeding,” Martin adds. “I’ve been through a divorce and things got pretty tough for a while, but the great thing about this horse (Moral Victory) is that a lot of mates are in him.

“I bred the horse with Mark Warlters and I just decided to give the other shares away to some of my loyal owners – people who have stuck with me all the way. Effectively, they pay the training fees and tend to re-invest in other horses with the prizemoney we win.

“There’s about 15 or so in Moral Victory – quite a few of them friends from school.”

Although Martin’s other stable star, Heavens Above, only managed a midfield finish in the Group Two Golden Pendant at Rosehill, the trainer still believes she’s on target for Saturday’s $1 million TAB Epsom (1600m) at Royal Randwick.

“She (Heavens Above) pulled up well and it’s all systems go … the stable is definitely gaining some momentum.”

Not surprisingly, Martin revealed that Moral Victory’s dam, Fairy Moth, would be returning to the Vinery-based stallion, Husson, this spring.

“Unfortunately, her Husson foal died last year and she missed when covered by Fast ’n’ Famous, but hopefully we’ll have a full brother or sister to Moral Victory to look forward to in 2017.”

Moral Victory became the ninth stakes winner for Husson, a Champion 2YO and Champion Miler in Argentina by Hussonet, who will stand this season at a fee of $13,200.

“He (Husson) has been a popular horse and covered very good books,” Vinery’s Adam White points out. “It was great to see Moral Victory get up for Tim as he’s been such a great supporter.

“Husson has got some promising horses coming through and aside from Moral Victory, there is also the likes of Darren Weir’s Lucky Hussler who has won close to $2 million in stakes.”