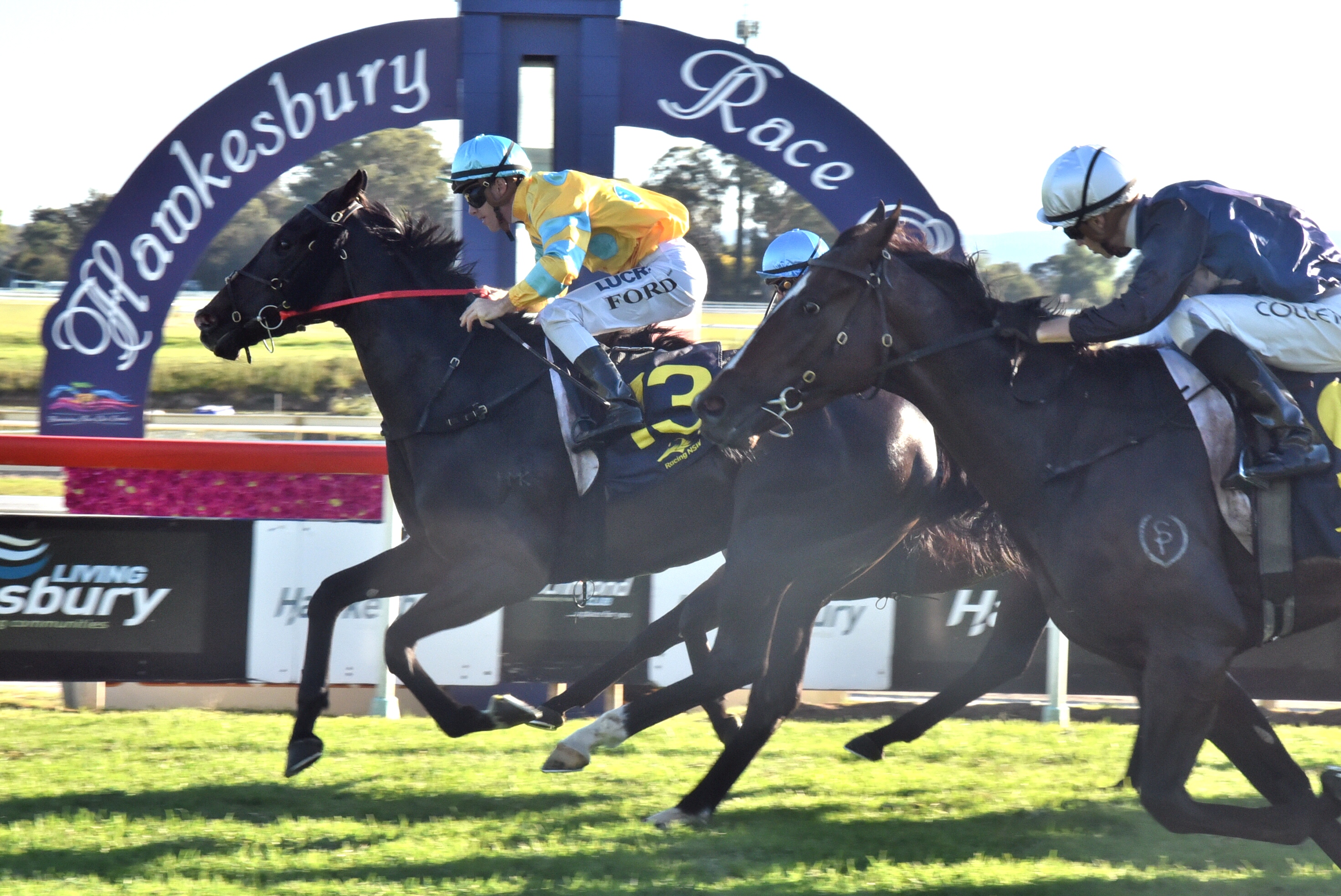 Max Kowalczuk would be the first to admit he didn’t know much about racing when he bought his first neddy back in 1974. More of a cattle man than horses.

Matter of fact, when that initial purchase – Hutari – had her first start, Kowalczuk wasn’t even sure how to get into the mounting yard. The filly won though and, by confession, the now 75 year old dental surgeon admits he swallowed the hook, line and sinker. Big time.

It wasn’t long before Kowalczuk converted his 100 acre cattle property at Silverdale in Sydney’s west to a spelling facility for racehorses and, four decades on, continues to pay the bills for around 30 gallopers every year.

One among the current crop is a home bred by the name of Shazee Lee, winner of Saturday’s Group Three Hawkesbury Guineas over 1400m in memorable fashion. Memorable?

Well, it certainly was for young Hawkesbury trainer, Scott Singleton, who notched up the biggest win of his career to date by winning the Guineas, and memorable for punters too in that the filly was – at $51.00 – on the second last line of betting.

Long odds or not, the big filly looked all class as she hit the line full of running and there could be a great deal more promise than first thought.

Singleton started training at Hawkesbury 13 years ago (his grandfather trained there) and the now 33 year old said that Kowalczuk has been a great supporter of the stable, always sending a few horses his way to complement his current lineup of around 35.

“Max has been with me all along,” Singleton pointed out as he drove a team of horses to Nowra for the Sunday races (clearly no resting on laurels for Singleton!).

“The win of Shazee Lee was pretty special from that point of view because Max was the first owner to give me a horse.”

Kowalczuk was clearly happy to have provided Singleton with a ‘leg up’: “I’ve had horses with a lot of trainers over the years: TJ (Smith), Bart (Cummings), Syd Brown, Paul Sutherland … Scott does a great job with his horses and deserves his success,” Kowalczuk points out.

“I raced Shazee Lee’s mother, a Danewin mare called Shazee, and she showed a lot of promise. Ran third and second in town as a 2YO. Trouble was, she used to really go off every time she travelled in the float and one day she kicked out a did her hock badly.

“So, I decided to breed from her and the first foal, Drawn To Me, actually won a race for Scott (Singleton). Her second foal, Persian Fable, didn’t race but she’s produced a fairly handy type in Spinning Dawn that’s also a winner in town and is trained by Scott too.

“Shazee’s also got a Written Tycoon mare, Vanishka that won three as well, but Shazee Lee turned out to be her last foal. When Shazee Lee was being born she put a hoof through the mare’s abdomen: we were up all night with Shazee but unfortunately she had to be put down.

“I’ve got all the fillies and mares, even granddaughters of, Shazee so the legacy will continue for quite a while I hope. Certainly with a bit more oomph to it after the Hawkesbury Guineas.”