And Fly She Did 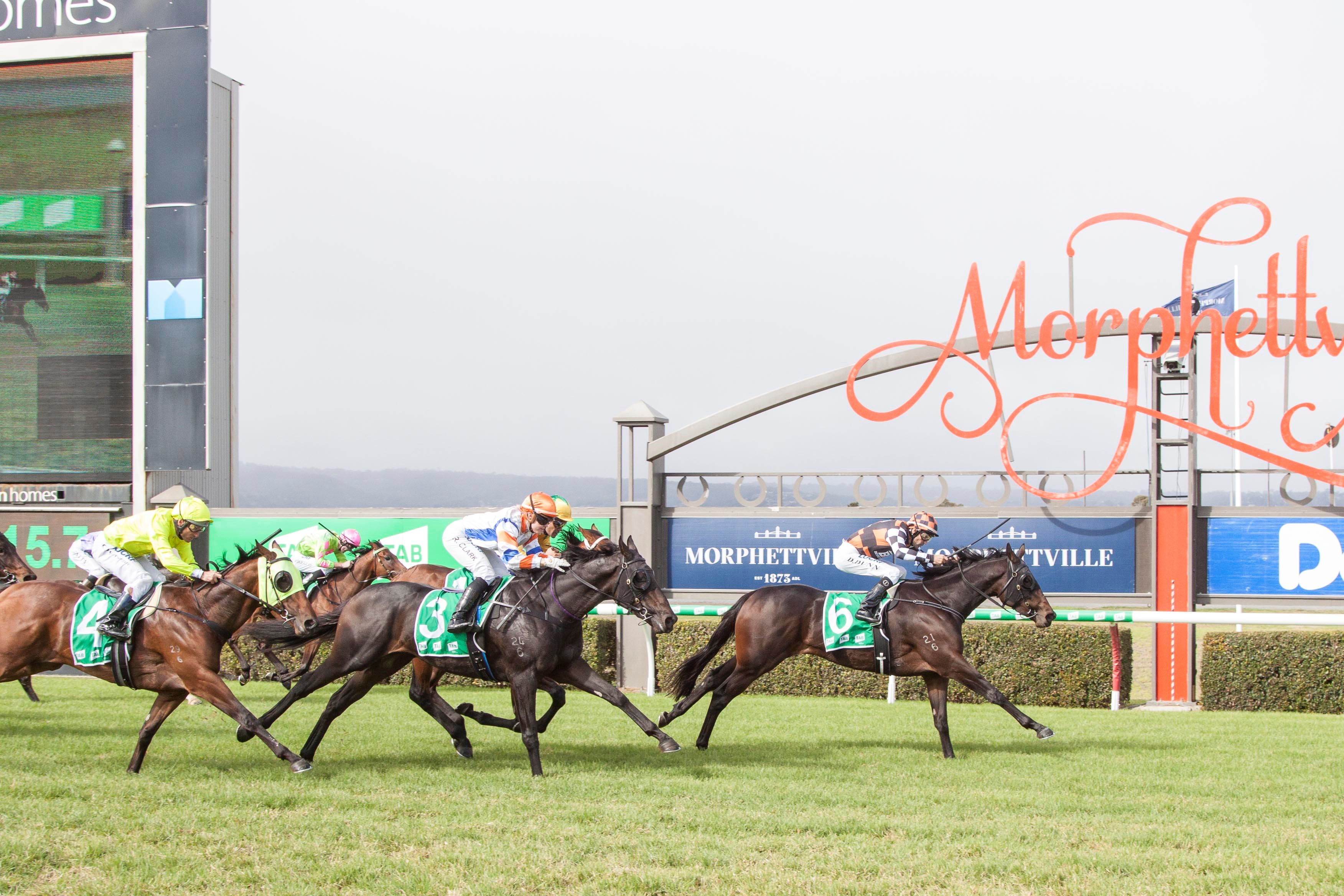 There were some very happy campers at Morphettville on Saturday following the Group Three TAB SA Sires’ Produce Stakes … not the least of them being Nathan Bennett.

She Shao Fly was purchased by Bennett last year – for $67,500 – at the Adelaide Magic Millions Yearling Sale and the Sires’ Produce takes the Epaulette filly’s record to two wins and two placings from six outings, for $151,975 in stakes.

Apart from the joy of notching up a Group victory for his fledgling ‘Bennett Racing’ syndication company, Bennett admits he was more than a tad relieved as She Shao Fly crossed the line with nearly a length to spare.

“After winning on debut (at Sandown on 29 January), She Shao Fly has been, umm, luckless, and could easily have four wins on the CV,” Bennett points out. “However, Dwayne Dunn rated her perfectly in the Sires’ Produce and it was a very good win.

“She’ll be tipped out for a spell, but I spoke to (trainer) Tony McEvoy after the race and the filly will likely be aimed at the (Group One) Thousand Guineas in the spring.”

A form analyst for a number of years, Bennett formed Bennett Racing in 2017, with one of his first purchases being the stakes placed Foxwedge filly, Goldifox.

Thus far, Bennett Racing has eight to the track for five winners, but She Shao Fly is clearly the poster girl.

“I attend all the sales with my bloodstock consultant, Phil Wells, and we mainly look at the fillies – particularly those which offer good residual value,” Bennett reveals. “There’s currently over 500 owners in our syndications with about 35 to 40 of them involved in She Shao Fly.

“We’ve purchased 10 yearlings in 2019 and they’ll head off to Tony, Archie Alexander, Leon and Troy Corstens and Anthony Freedman, plus we keep a share in all the horses we buy.

“The great thing about She Shao Fly is that some of the owners have only a 2.5% share which cost them about $2,300 to buy in. She just shows that everyone can be involved in a Group winner.”

According to Bennett, She Shao Fly really fit the bill when he and Wells began inspecting in Adelaide.

“She was a very athletic filly and had a lot of scope about her, but both Phil and I could tell there was a lot of improvement to come,” Bennett adds. “I must admit, at the time I didn’t know much about Epaulette (She Shao Fly is from the stallion’s second Australian-bred crop), but Phil said not to worry as he’d probably turn into a pretty good sire. Hasn’t he what!”

She Shao Fly, meanwhile, is a half sister to three winners – including the multiple Group One placed Samurai Blade – from a sister to Sydney stakes winner and Group One Emirates Stakes runnerup, Dao Dao.

Bred by Evergreen Stud, She Shao Fly was sold in Adelaide by the Hunter Valley’s Ambergate Farm.

“It turned out to be a really good ‘weekend’ for us with She Shao Fly and Friday’s Inglis Challenge runnerup, Longbottom, who we sold in Scone last year,” enthused Kevin Drew, who purchased the 110 acre, Ambergate, in 2007.

“We (Ambergate) have around 60 to 70 horses on farm and foal down around 25 each year. We don’t really sell at the ‘majors’ and stick mainly to Sydney Classic, Adelaide, Scone and the June sale in Queensland.

“She Shao Fly was a nice filly and Evergreen asked us to include her in our draft for Adelaide. She was a nice type and well received in Adelaide, with Bennett Racing eventually winning out.

“We’ve done alright in Adelaide, having sold (4-time winner and multiple stakes placed) Lady Pluck there the year before.”

Come October, maybe they can add a Thousand Guineas winner to the tally.