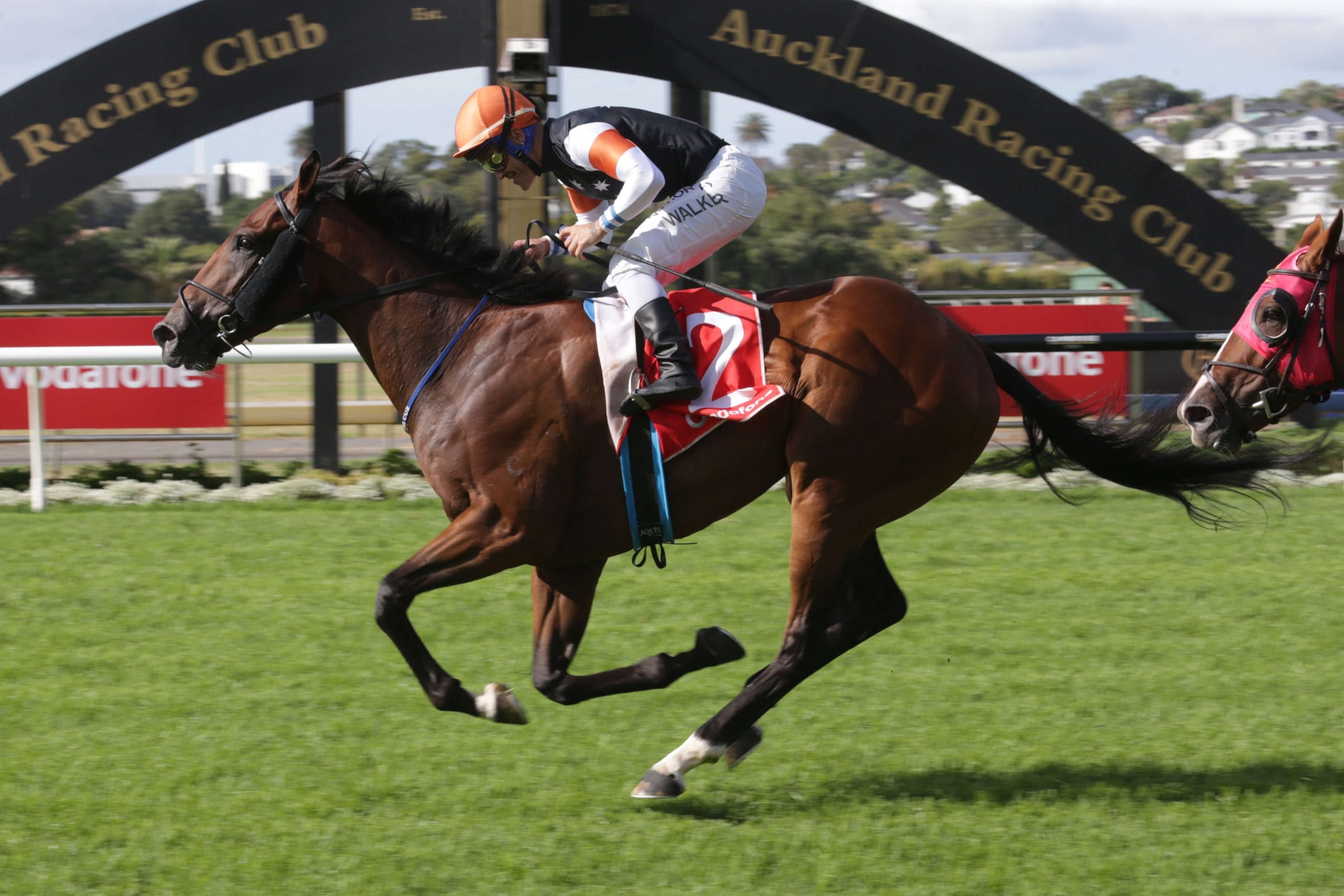 It proved to be another remarkable day across the Tasman for Australian-breds with rising star, Sherwood Forest, capturing the time honoured Group One New Zealand Derby, while Spring Heat notched up her second Group victory in the King’s Plate.

First run in 1875, it’s the second year in a row that an Australian bred has annexed the NZ Derby after Crown Prosecutor won the 2019 chapter in a thriller.

The 2020 version wasn’t short on thrills either. Queensland-bred, Dragon Leap was sent out favourite for Saturday’s Ellerslie classic – on the back of successive Group Two victories in January and February – but would eventually finish fourth.

Meanwhile, showing plenty of grit, Sherwood Forest was actually headed in the run home, but found his second wind to win in 2:26.77 – the fastest NZ Derby since 1998.

Against Dragon Leap and the highly favoured, Two Illicit, Sherwood Forest was considered something of an afterthought despite a Group victory and third to Catalyst in the New Zealand Two Thousand Guineas last spring.

“He (Sherwood Forest) just outstayed them,” said trainer Tony Pike, who won the Derby in 2016 with another Australian-bred in Rangipo (by Fastnet Rock’s sire son Stryker).

“The last few races he’s been running in have been a little bit too sharp for him, but I’ve always thought he would come into his own over 2400m. It’s a fantastic result and hugely satisfying.

“The team have put in a lot of work with him, and this season was always going to be about the Derby. It’s great when a plan comes off. The horse showed what a genuine stayer he is.”

Courtesy of Saturday’s victory, Sherwood Forest is tipped to tackle the $2 million Group One Australian Derby at Royal Randwick on 4 April.

“He’s a multiple champion sire of $190 million plus in progeny earnings and close to 300 stakes horses.

“No wonder they love him in New Zealand: Sherwood Forest is one of Fastnet Rock’s eight Group One winners across the pond, including Atlante who produced his second stakes winner in New Zealand on Saturday as well.

“Actually, six of Fastnet Rock’s sire sons – including Hinchinbrook, Smart Missile and Foxwedge – have produced Group One winners in their own right, while his daughters are really transmitting a lot of that speed too producing world class sprinters like Santa Ana Lane, Tivaci and last month’s (Group One) Lightning winner Gytrash.”

Sherwood Forest is from the Giant’s Causeway mare, Chasing Mammon, and a full brother to stakes winner Royal Ocean, who was purchased by Spendthrift Australia for $550,000 at the 2017 Gold Coast Magic Millions National Broodmare Sale.

Sherwood Forest was foaled down and raised at Coolmore Stud, subsequently selling the Group One graduate for $100,000 at the 2018 Gold Coast Magic Millions Yearling Sale.

“Coolmore has had quite a bit to do with the family,” Santry reveals. “Sherwood Forest’s second dam, Eishin Maysville, is a half sister to Danehill’s Champion 2YO, Holy Roman Emperor and his Group winning full sister, Milanova.

“Holy Roman Emperor went on to become a Champion Sire for Coolmore, leaving 84 stakes winners … including another Australian-bred NZ Derby winner (and NZ Horse of the Year) in Mongolian Khan.”

And while the Derby might not have had the desired effect for Hermitage Thoroughbreds, the owners of Dragon Leap, they did end up with an effective consolation in the shape of King’s Plate hero, Spring Heat.

The lightly raced 5YO More Than Ready mare has had just the 13 starts for five wins and two placings, capturing the Group Three Bonecrusher Stakes at three.

However, Spring Heat came into the King’s Plate fresh from a third behind fellow Australian-breds Avantage and Enzo’s Lad in the Group One Telegraph Stakes and highly favoured to win Saturday’s assignment.

Among 202 stakes winners for More Than Ready, Spring Heat was sold by Sledmere Stud for $240,000 at the 2016 Inglis Australian Easter Yearling Sale.

Winner of approx. A$900,000 – with five victories at black type level – Bold Thruster is among six stakes winners for Turffontein and was sold by Bucklee Farm for just $82,000 at the 2017 Inglis Melbourne Premier Yearling Sale.

HOOFNOTE: New Zealand success aside, 17 of the last 20 Group One Derby and Oaks winners were bred in Australia.