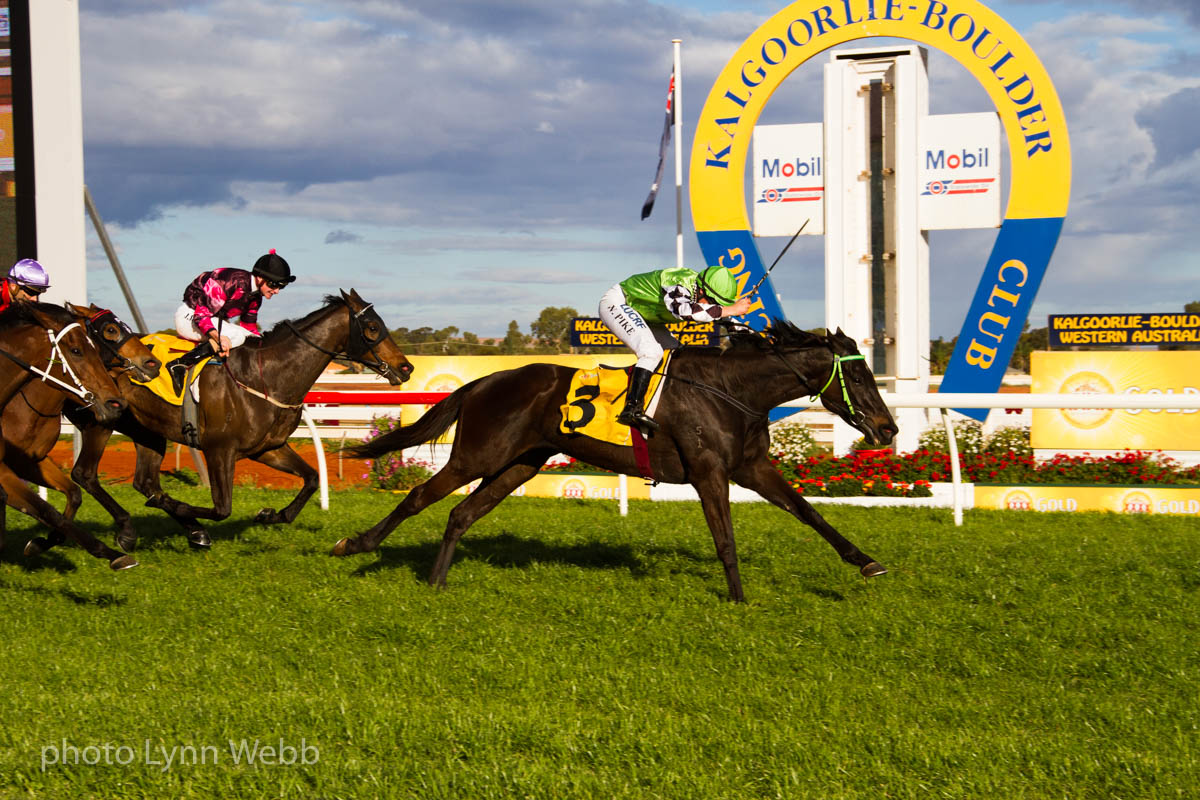 Try as he might, Neil Randall just couldn’t be in two places at the one time on Sunday. Especially when those places are 600 kilometres apart.

Randall, who played over 200 league games in the WAFL and is now a director of the West Australian Football Commission, was on hand at Perth’s Subiaco Oval for the grand final between Peel Thunder and Subiaco.

Meanwhile, at Kalgoorlie, the Sharon Miller trained, Shinta Mani – a 6YO mare that Randall bred and part owns – was lining up as $3.20 favourite for the Listed XXXX Gold Kalgoorlie Cup over 2300m.

‘Subi’ ultimately won the toss for Randall however, particularly as it was last ever game to be played at Subiaco Oval: a ground which boasts a rich history, dating all the way back to 1908.

Still, Randall was at least there in spirit at Kalgoorlie as his mare broke the track record in a race which was first run in 1897.

“It was a terrific result for Shinta Mani, Sharon and the other connections,” Randall pointed out, trying valiantly to make himself heard over the Subiaco Oval din. “That was Shinta Mani’s first win at stakes level but she’s been such an honest mare … the Kalgoorlie Cup is her eighth win from 40 starts, with nine other placings and nearly half a million in prizemoney.

“My farm (Greenfields Lodge) offered her for sale at the 2013 Perth Magic Millions Yearling Sale where she was purchased by Sharon for $12,000. It’s hardly surprising that Sharon was interested in her as Shanta Mani is by Viscount (13 stakes winners including Singapore superstar, Rocket Man) from a mare that Sharon used to train in Bonzara Gold.

“She is quite a talented mare, but has had a lot of bad luck along the way,” Miller explains. “We’ll probably give her a couple of weeks off and then head towards the ($500,000 Group Two) Perth Cup (1 January).”

Randall, who has been mine host at Perth’s popular watering hole – the Paddington Ale House – for the past 30 years, is unlikely to have any conflict of venue come new year’s day and reckons a Perth Cup would sit just nicely on the bar at the “Paddo”.

With a Kalgoorlie Cup now on her resume, Randall might just get his wish.