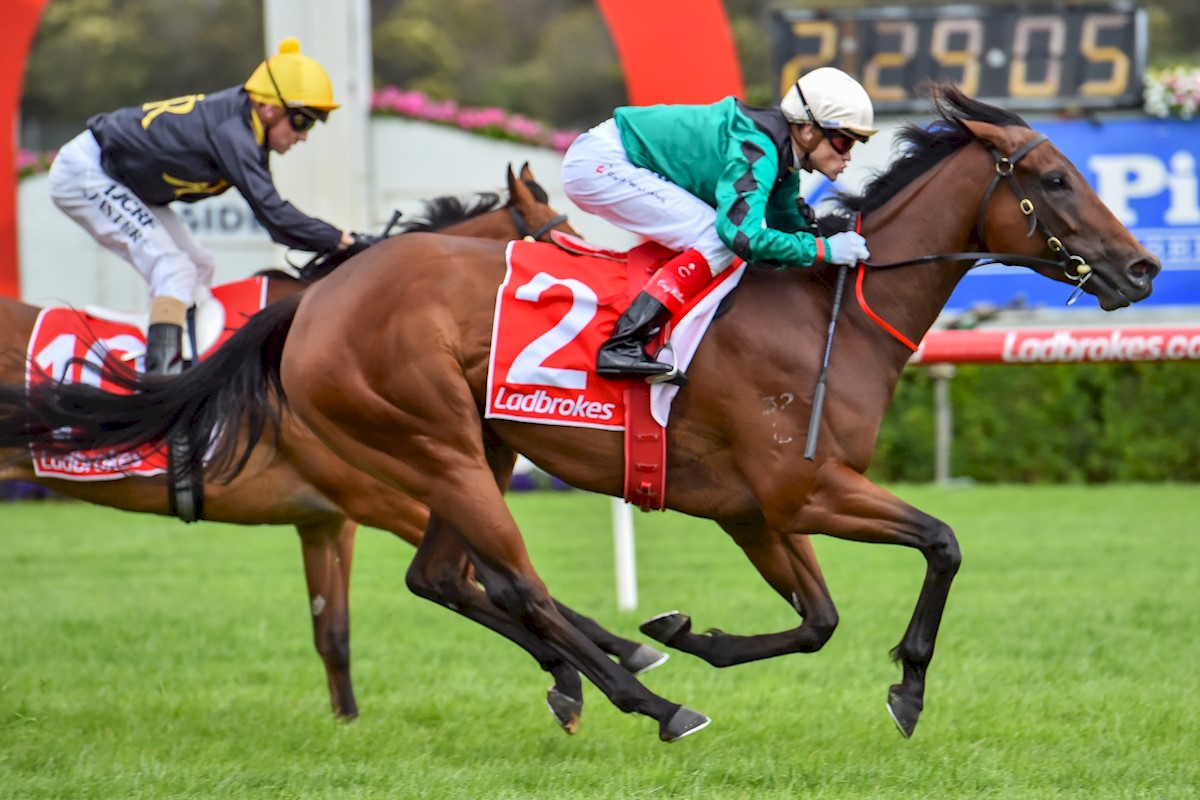 It was, by any standards, a great day at the office for West Australian thoroughbred operation, Amelia Park.

Not that Farm Manager, Sarah Brown, gets to spend too much time indoors these days. She’s usually fairly busy taking care of the rising number of horses which now utilise the myriad services at the Margaret River property, owned by successful businessman, Peter Walsh.

However, Brown did take time out to watch at least three races on Saturday: the Group Three Summoned Stakes at Sandown, along with the Group Three WA Champion Fillies Stakes and the Listed Ascot Gold Cup in Perth.

Her time wasn’t wasted … Silent Sedition, out of the Amelia owned mare, Fiorentina, won the Summoned … home-bred and raced, Samovare, proved herself the Champion Filly … and Tonto, part-owned by Amelia Park, grabbed the Gold.

“Saturday certainly was memorable,” Brown enthused. “Amelia Park has been in operation for about 10 years, but has only recently been completed and we can now offer a whole range of services for breeders, owners and trainers.

“Whereas previously it was more a private operation for Peter (Walsh) it’s now been opened up to all outside trainers.”

Brown has been with Amelia Park for two years, having earlier been stable foreman and track rider for leading Perth trainer, Lou Luciani.

“It’s really coming together very well at Amelia Park but to have such close involvement with three stakes winners – all on the one day and on both sides of the country – is really something else.

“Ellie Giles is the breeder of Silent Sedition and she is winding back her Korilya Stud operation and now has most of her horses with us at Amelia Park,” Brown adds. “Silent Sedition’s dam, Fiorentina, has a yearling colt by Gingerbread Man and foaled down a Snippetson colt this spring … she was sent to Pride of Dubai at Coolmore and we’re just waiting to hear back as to whether she’s in foal.”

In what must surely rank as one of the most astute broodmare purchases in living memory, Giles had snapped up Fiorentina for just $1,750 at the 2009 Inglis August Thoroughbred Sale.

Although unraced, Fiorentina is out of the Group One winning Barathea mare, Porto Roca, who is also the dam of no less an entity than Monterosso, winner of the 2012 Dubai World Cup. Talk about enhancing a pedigree!

Silent Sedition hasn’t done the resume any harm either … foaled in 2012, the Andrew Noblet trained galloper is now the winner of four – from 12 starts – never finishing further back than fourth, winning three black type races, and capturing a second in the Group One Schweppes Oaks.

Amelia Park also raced the More Than Ready mare, Sambar, who didn’t exactly set the world on fire with Gai Waterhouse and subsequently Lou Luciani, but has kicked her broodmare career off in auspicious fashion courtesy of her first foal, Samovare.

The lightly raced, Samovare, headed into the Champion Fillies fresh from a promising third in the Listed Burgess Queen Stakes at Ascot on Cup Day and clearly appreciated the extra 200m on Saturday.

“Samovare appears to have a promising future and is certainly special to us in that she was raised here, pre-trained here, spells here and, in a way, represents everything we’re trying to achieve at Amelia Park.

“And it was nice to finish off the day with Tonto. Peter owns a share in the horse and he’d won six races before his first stakes victory in the Ascot Gold Cup and has earnings around the $450,000 mark. Tonto also spends a lot of his time at Amelia Park when he’s not a Lou Luciani’s stable.