Single Makes It A Slipper ‘Double’ For Portelli 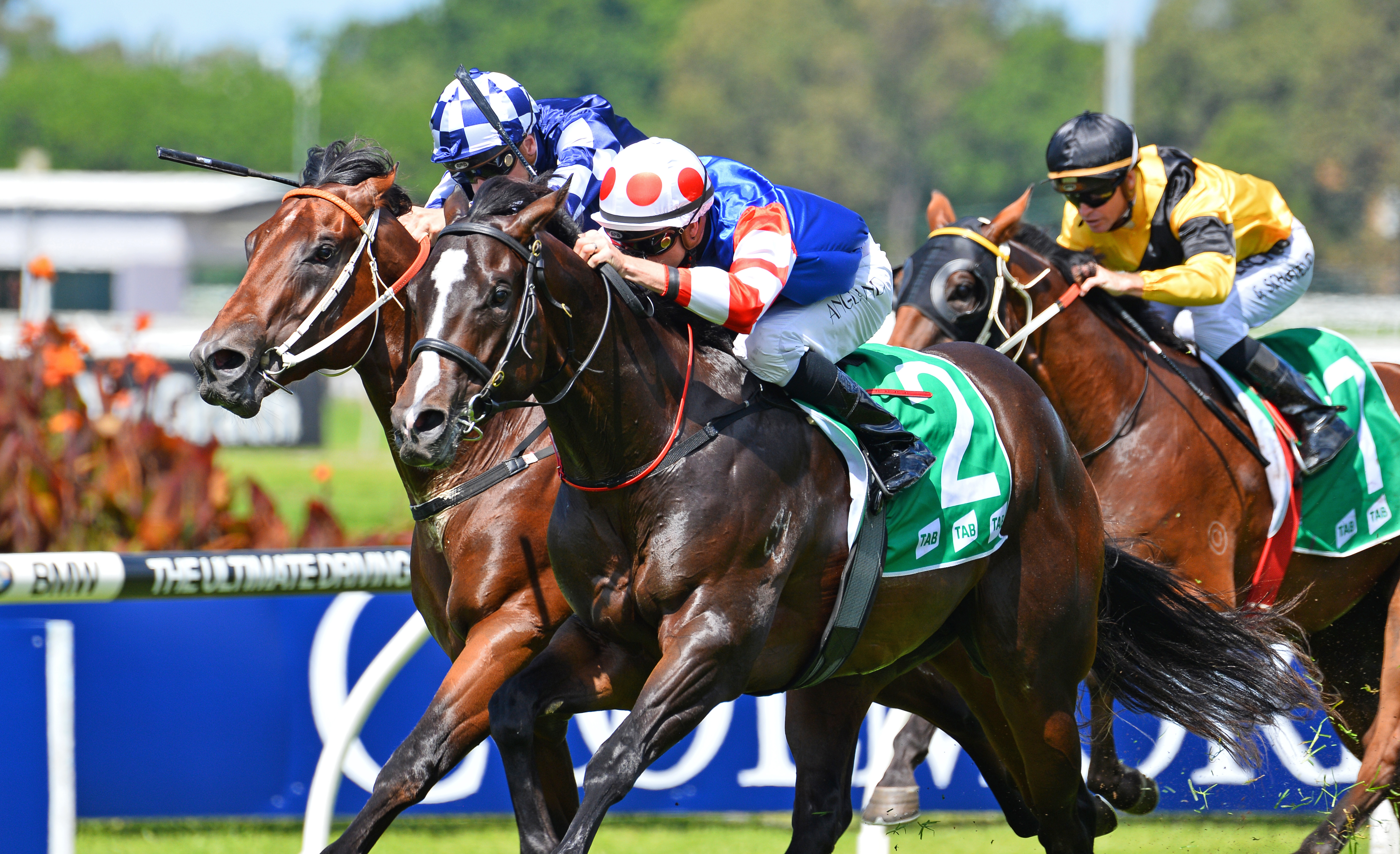 Leading Sydney trainer, Gary Portelli, will have two guns in Saturday’s $3.5 million Group One Longines Golden Slipper (1200m) at Rosehill Gardens, but he might only need a Single Bullet.

Running in last Saturday’s Group Three Pago Pago Stakes, Single Bullet earned automatic entry into the Slipper with his grinding victory over Ducimus, while Portelli will also saddle up current second favourite in She Will Reign in the world’s richest 2YO race.

“Form analysts have told me that Single Bullet would need to improve by five lengths if he’s to be any chance in the Slipper,” Portelli points out, “but there is still plenty of improvement to come from this colt.

“You never know … people might get to see what I see every morning at the track.”

Single Bullet debuted last December with a flying second behind Madeenaty but Portelli decided to bypass the Gold Coast Magic Millions 2YO Classic and opt instead for a race at Warwick Farm where the colt again ran second.

Given a freshen up, Single Bullet then finished third behind Diamond Tathagata in the Group Three Skyline on 25 February before breaking through for his initial victory in the Pago Pago.

“I’ve always thought Single Bullet would be a better horse by Slipper time and while I’m not saying we’ll win it, at least we’re in it.

“She Will Reign really needs a dry track and the wet tends to bring her speed back to them. The forecast isn’t good for Saturday at this stage and while I think she is superior to Single Bullet at the moment, if things go wrong, at least I have Plan B.”

“Certainly this is my best chance on paper,” Portelli muses. “I had two runners in Sebring’s year (2008) in Typhoon Fury and Over The Wicket, the latter in which I had a share in.

Portelli purchased Single Bullet for $150,000 at the 2016 Gold Coast Magic Millions National Yearling Sale and reckons it was a ‘no brainer’.

“I fell in love with the horse as soon as I saw him. Fantastic type … loose walker, big overstep. No way in the world was I coming home without him,” Portelli adds.

“His sire (Not A Single Doubt) is going terrific as well with a lot of Group winners in the past 12 months and, to top it all off, Single Bullet was bred by George Altomonte’s Corumbene Stud.

“You’re prepared to pay a bit more for the ones George breeds and I’ve had quite a bit of association there. In fact, less than 30 minutes after Single Bullet won the Pago Pago, another of George’s homebreds in Hutcho won a race at Newcastle for me.

“George bred a Golden Slipper winner in Sebring and hopefully he’s the breeder of another one on Saturday!”

As for Not A Single Doubt, he continues to go from strength to strength and Arrowfield’s Jon Freyer was naturally excited about the sire’s Slipper prospects: “It’s a notable achievement for Not A Single Doubt to be holding fifth on both the General and 2YO Sires’ lists because his 2013 and 2014 crops are not big. However, he’s still posted nine stakes winners among more than 100 winners for the season.

“Not A Single Doubt already has two Blue Diamond winners on his record, and he’s had a runner in each of the last six Golden Slippers. Gunnison and Single Bullet will likely give him his first two-hander and they’ve both found top form in time to give it a good shake.”