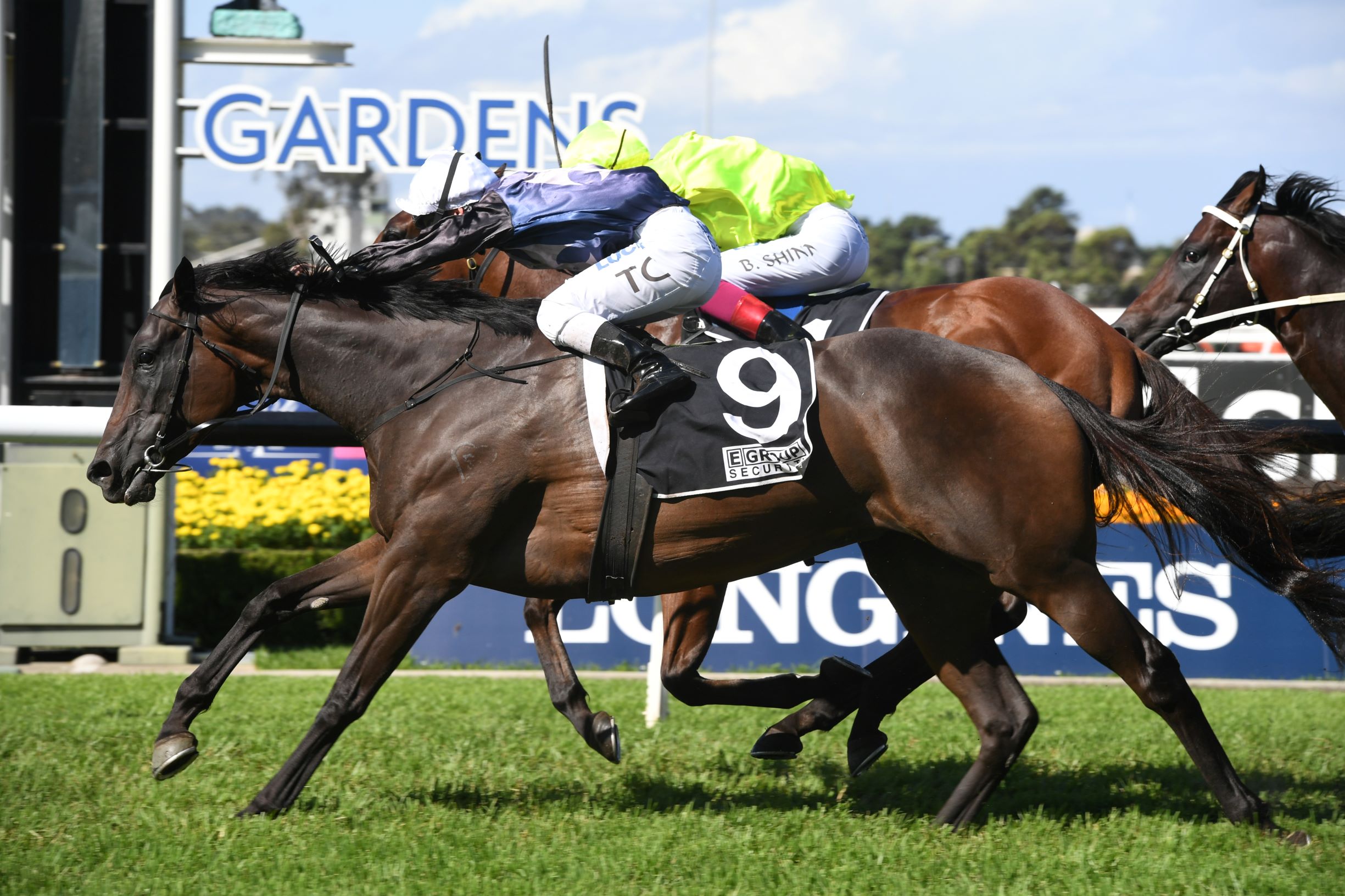 Someone had a very good Saturday.

Heading into the Group Three E-Group Security Star Kingdom Stakes – the fifth race on the star studded Rosehill Gardens program – many would have considered the chances of Siren’s Fury somewhat forlorn.

After all, the 5YO mare had been absent from the winners’ enclosure since capturing the Group Three Dark Jewel Stakes at Scone 11 months earlier and, given that the first four races at Rosehill had gone the way of on pace runners, it’s little wonder they were offering as much as $20 about noted ‘back marker’ Siren’s Fury.

However, at least one punter clearly had faith in the Jason Coyle-trained sprinter – given that the odds had tightened to $8 by the jump – and were rewarded in full when Siren’s Fury flew home from near last at the 400m mark to win by a whisker.

“She (Siren’s Fury) wasn’t really travelling that strong and only just keeping in contact with the leaders by mid-race,” Coyle recalls. “I wasn’t all that confident at that stage, but she’s always good late and, as (jockey) Tim Clark said before getting legged up, a lot of these races were very much tempo related. So, if the tempo was on here, she was going to be the horse who ran over the top of them.”

And run over them she did, much to the delight of her trainer and the rest of the ownership group who cheered on as the Myboycharlie mare made it six wins from 23 starts – with a further five placings – for $475,275 in stakes.

De Chorus has produced five winners to date including Storm Siren, an Excites filly who was likewise trained by Coyle.

“Storm Siren was a pretty handy type who won four races for the stable,” Coyle reveals. “I bought her for just $12,000 at the Inglis Classic Yearling Sale.

“Anyway, I went to Torryburn to have a look at Siren’s Fury and liked her so much I bought her out of the paddock. I was interested in Siren’s Fury’s year younger half brother too when he was offered at the Sydney Classic in 2016, but thought he was a little expensive for a Denman at that time and was knocked down for $90,000.”

The Denman turned out to be multiple Group Two winning Hong Kong sprinter, Hot King Prawn, who has since won over A$2.3 million: “Turns out he wasn’t that expensive after all,” Coyle adds with a laugh.

Not that Siren’s Fury’s other owners are complaining about the horse they ended up with!

“This is our best racehorse by a long way and it was a huge thrill to watch her win again on Saturday,” enthused Elizabeth Spratt, who forms ‘Spratt Racing’ with mum, Phyllis, and brother, Anthony.

“We’ve been racing horses together for around 12 years and had some with Jason for about nine of those years. We’ve got a couple with Jason, three with Mark Newnham and one with Lindsay Park.

“This is the most we’ve had at any one time and it certainly makes it all worthwhile when horses like Siren’s Fury come along.”

Both Elizabeth and Anthony are accountants by trade – following in the footsteps of their accountant father – but the interest in horses definitely throws to the female side of the pedigree.

“Mum’s brother Arthur Ward (inducted to the Hall of Fame in 2007) was a jockey and trainer, another brother was a trainer, while yet another brother used to train greyhounds and trotters,” Spratt points out. “No wonder we enjoy racing!”

Torryburn also has a yearling filly by The Factor, an unraced 2YO colt by Your Song – named Deauville – with Peter and Paul Snowden, plus the 3YO Smart Missile filly, The Soloist, who has won three from five for Richard Freedman, including a win at Goulburn last Monday.