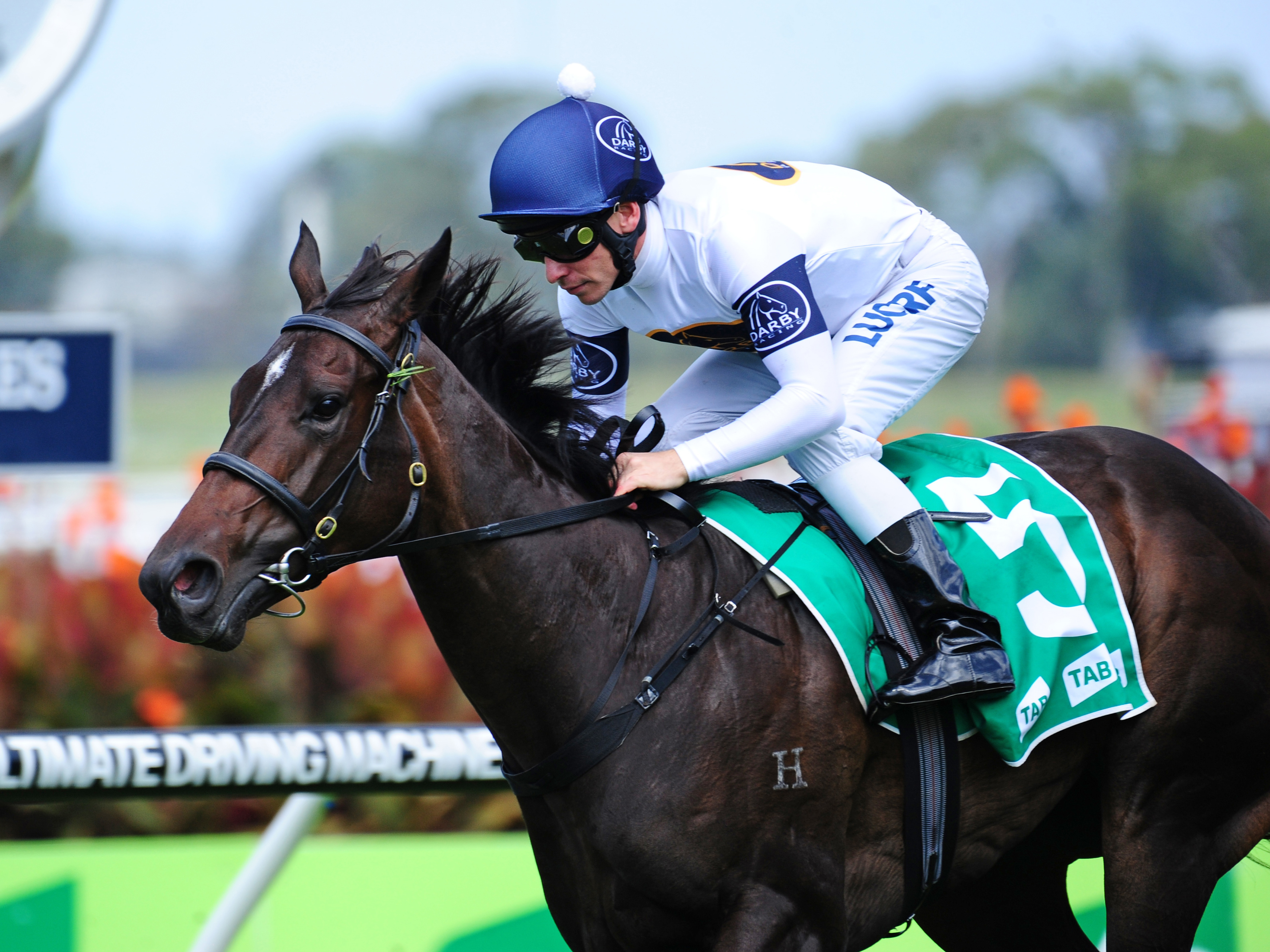 Scott Darby wasn’t admitting to how many times he had watched the replay of She Will Reign winning the Group Two TAB Silver Slipper Stakes (1100m) at Rosehill, but it’s fairly safe to say it was at least twice.

“She (She Will Reign) was just so relaxed on Saturday,” Darby points out, who also sourced and syndicated another outstanding filly in Yankee Rose. “There was all the talk about She Will Reign missing the start but she settled well and is just so switched on.

“Both Yankee Rose and She Will Reign have quiet natures, but She Will Reign is really aware of all that is going on around her and knows where the finish line is. Even at track work, Gary (Portelli) tells me that she pricks her ears, grits her teeth and just goes for it.”

That will to win certainly served the 2YO filly well in Saturday’s Silver Slipper and following her performance, was immediately vaulted into favouritism for the $3.5 million Longines Golden Slipper on 18 March.

Darby is the founder and managing director of Darby Racing, which has built up an enviable syndications record since opening shop and has the distinction of ‘finding’ two of Australia’s best juveniles in successive seasons: Yankee Rose and She Will Reign.

Both fillies were sourced from the Inglis Sydney Classic Yearling Sale, with the former costing $10,000, while the latter was knocked down for $20,000.

Yankee Rose has subsequently compiled $2.1 million from her nine outings, which include victories in the Group One ATC Sires’ Produce and Champion Stakes, while She Will Reign’s three from three has seen her bank $458,650.

“Our syndicate members are pretty pleased,” Darby understates. “She Will Reign’s syndicate is a totally different ownership to that of Yankee Rose. We had bought around 10 yearlings at the Classic in Yankee Rose’s year and about the same number in 2016 when we got She Will Reign.

“We knew quite a bit about She Will Reign before we purchased her. For starters, her sire Manhattan Rain, is also the sire of another of our buys in Scarlet Rain (a Group winning 2YO who was purchased for $100,000 at the 2015 Gold Coast Magic Millions Yearling Sale). By the time She Will Reign came along, Scarlet Rain had won her first two starts.

“What’s more, She Will Reign’s dam Courgette was originally broken in by Darby’s Racing Manager, Mark Holland, and after she finished racing, was sent to Manhattan Rain on a foal share by long-time client, Gary Bachell. She Will Reign was raised at Middlebrook Valley Lodge, with whom we have a close relationship as well. So, we knew a bit about her by the time she got into the ring.”

Darby purchased another 10 yearlings at the 2017 Inglis Sydney Classic but admitted it was tougher going this time around: “The average was way up this year and where we spent $20,000 previously, we had to go double that this time around, but if there’s another Yankee Rose or She Will Reign among them, we won’t be complaining!”

Phil Campbell isn’t complaining either. Campbell secured Manhattan Rain for his Blue Gum Farm in Victoria’s north east earlier this month and said the phone hasn’t stopped – even before She Will Reign’s Silver Slipper.

“I couldn’t be happier,” Campbell enthused. “We (Blue Gum) originally made a play for the horse before he was retired from racing and tried again last year.

“Anyway, his owners (Teeley Assets) were keen to re-locate him to Victoria and we were very keen to stand him. He’s a lovely type with good fertility and has settled in well since arriving two weeks back. It’s worth remembering that the horse is only 11 years old and there’s so much upside.

“Apart from She Will Reign, Scarlet Rain ran second at Rosehill on Saturday, giving the colts around six kilos in the process, and she has now won four from six; Whisky Baron won South Africa’s premier Group One event – the Sun Met – at the end of January ; Promise to Reign was Group placed in January; Wild Rain is a 4-time stakes winner; Tango Rain is due to return soon …