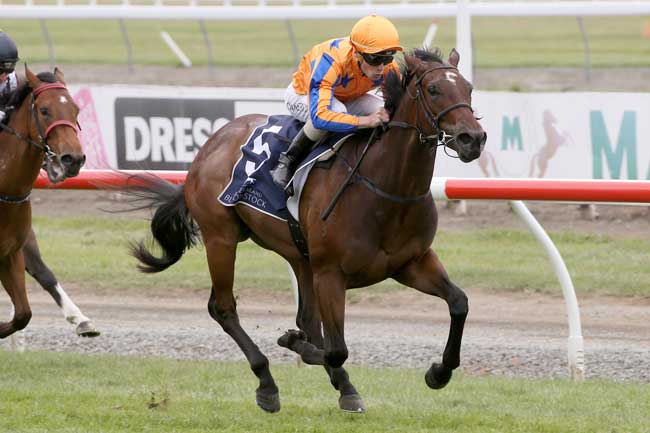 With her breeders Arrowfield Stud sending her Redoute’s Choice half-brother to the 2016 Inglis Premier Yearling Sale, any further success by the unbeaten filly will only add further gloss to her well-bred sibling.

Purchased from the draft of Arrowfield Stud at the 2014 Inglis Easter Yearling Sale by David Ellis’ Te Akau Racing, Sassy ‘N’ Smart made her racetrack debut on October 24 where she recorded an impressive three-quarter length victory.

Heading to stakes level for her next outing, the filly once again dominated her opposition, clearing out for an almost three length performance.

With the well-bred Redoute’s Choice colt heading to the Inglis Premier Yearling Sale, National Bloodstock Director Jonathan D’Arcy was suitably impressed by the colt upon his last inspection.

“He is a well grown powerful colt with great depth.”

When comparing the two siblings, D’Arcy stated, “The filly was similar with plenty of length and a lovely deep chest. Looking at her as a yearling you would have predicted she could be even better as a 3yo.”

“The yearling this year is an above average colt that will be at the top end of the Premier Sale and it would be fair to say given his grand dam was a group one winning daughter of Storm Cat.”

Bred by Cloros Bloodstock and Arrowfield Stud, Sassy ‘N’ Smart is out of the Panorama Ridge, herself a Group 1-winning daughter of Nebraska Tornado.

Panorama Ridge foaled a Snitzel colt in September and was sent back to the Group 1-winning son of Redoute’s Choice.