SNITZEL POISED TO TAKE THE CROWN 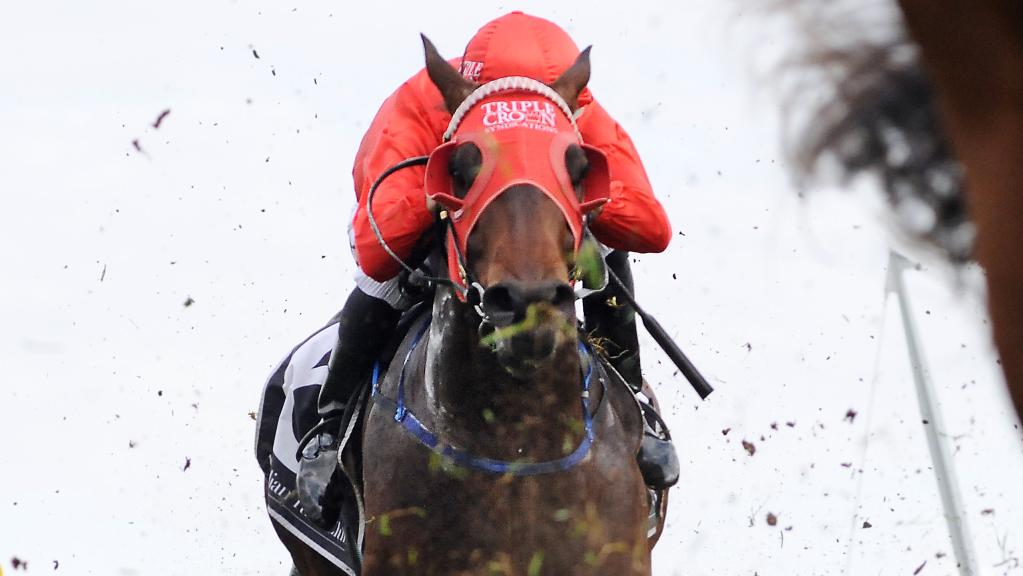 Redzel - Image from the Daily Telegraph

Suggesting that Chris Ward is a fan of Snitzel would be something of an understatement.

Running the successful Triple Crown Syndications in tandem with his brother, Michael, Ward won’t confess to having posters of the stallion plastered all over his walls, but is quick to acknowledge the impact that Snitzel has had on his company in recent years.

On Saturday, Triple Crown produced a Snitzel double with Randwick stakes winner, Redzel, winning first up at Canterbury in the July Sprint, while first starter, Bukzel, won on debut over 1150m at Newcastle, becoming Snitzel’s 30th 2YO winner for the season and notably equalling Without Fear’s long-standing record in the process.

“I’m glad we were part of that,” Ward enthuses. “That record has stood for a very long time and Snitzel has had a remarkable year.

“We jumped on the Snitzel bandwagon early in the piece. After all, he was such a terrific racehorse and you can’t fault the sireline … Danehill, Redoute’s Choice.

“The thing we like most about him though is that they’re precocious, yet train on. It’s important for us, as syndicators, that owners get an early run at it, but of equal significance is the horse’s longevity.”

Snitzel, in some ways, provides a parallel to the rise and rise that is Triple Crown. They’ve made an early run of it too and are settling down for the long haul.

“I can’t contemplate doing anything else,” Ward adds. “Both Michael and I have been around horses for a long time now, but we really decided to make a go of it in 2004 and set up Triple Crown.”

The new business was involved in the ownership of Group One (Flight Stakes and Myer Classic) heroine, Lotteria, at that time, so they were out of the barriers quickly and haven’t looked back. In just the last six years alone they have banked a remarkable 16 Group race winners.

“I had been involved in the finance industry and frankly, was tired of it. I had sorted out a couple of syndicates between a few friends and found that I was really enjoying it … so, I decided to follow my passion and get into it seriously.

“We’ve been fortunate enough to have quite a bit of success over the years with horses such as Peggy Jean (Sires’ Produce), Charlie Boy (Danehill Stakes), Cavalry Rose (Thoroughbred Club Stakes), Gold Symphony (Vain Stakes), Patronyme (Birthday Card Stakes) and the like. The Mossman horse, Dothraki, for instance, only cost $45,000 as a yearling and has now won $992,060.

“Triple Crown now purchases around 15 to 18 yearlings a year and, yes, a lot of legwork and study goes into it. Long days out there at sales complexes, but when you get a good one it’s all worthwhile.

“Strike rate aside, the most satisfying result for us at Triple Crown is the number of new people introduced to the industry. Without our owners, none of this would be possible. We’ve currently got about 400 owners on our books but reckon we’ve brought in close to 2000 new clients over the years. It’s vitally important that we first entice these people to the industry, but it’s also an imperative to keep them.

“It’s been a few years now and quite a few winners since I organised those initial syndicates with mates, but the thrill of winning never goes away. It’s incumbent upon all of us to make sure people know just how good racehorse ownership can be.”

Naturally enough, Arrowfield Stud was over the moon with Snitzel’s record equalling effort with Bloodstock Manager, Jon Freyer, adding: “Snitzel has put a lot of smiles on a lot of faces this season and it’s great to see him making history again, two years after his father-son premiership quinella with Redoute’s Choice.

“Congratulations to Triple Crown for bringing up the milestone, because Chris and Michael Ward have bought Snitzel’s progeny since his second crop. He’s on fire now and has been our first horse booked out for several years, but it’s easily forgotten that Snitzel was something of a slow burn in the early stages of his career.

“However, Chris and Michael backed their judgement, kept buying Snitzel’s yearlings and their clients have reaped the rewards. Picking a top stallion early is one of the best  skills anyone can have in this industry.”