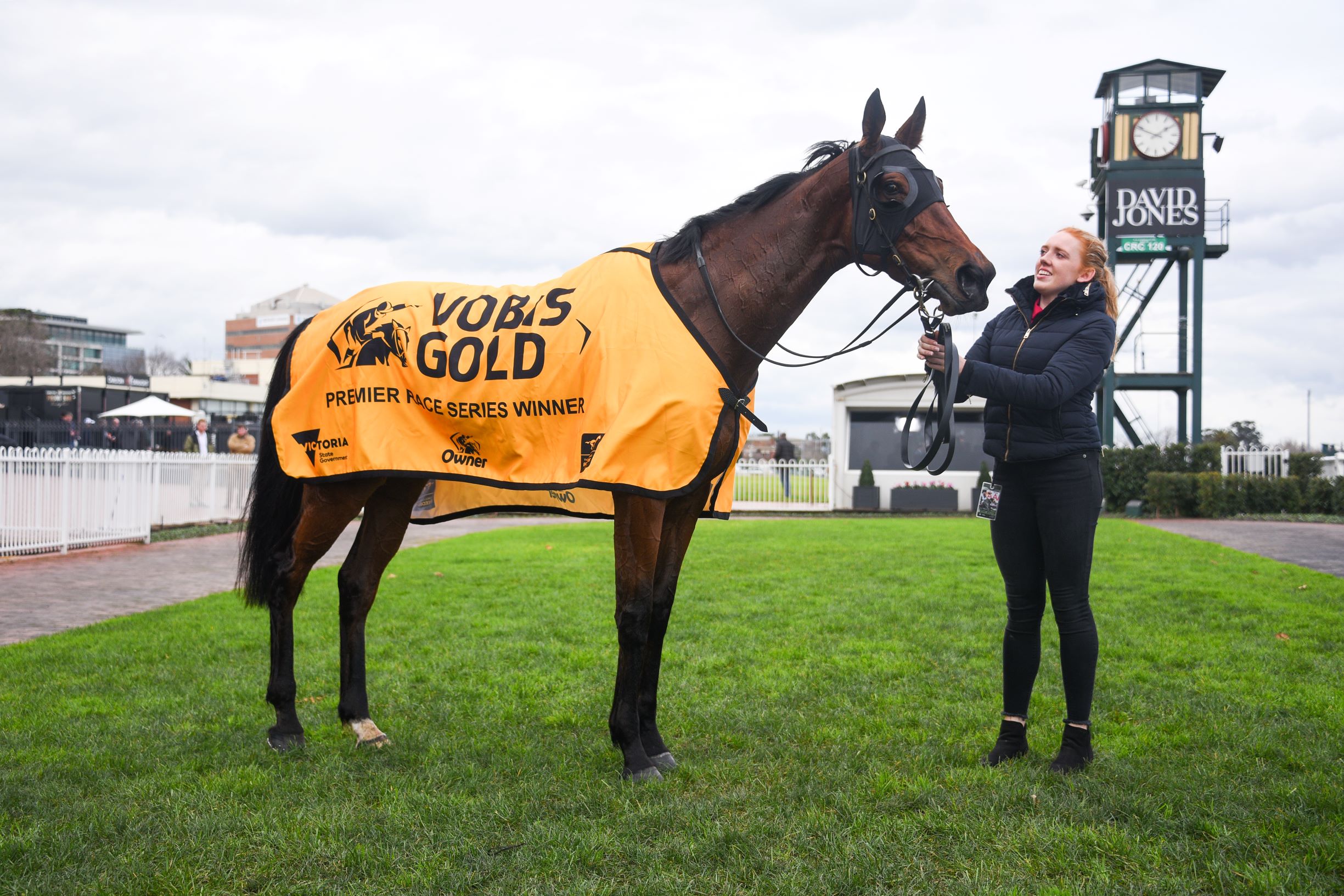 Nothing quite says goodbye like a victory. Racing in the $150,000 VOBIS Gold Stayers over 2400m at Caulfield on Saturday, the Ciaron Maher/David Eustace trained, Sopressa was considered a strong chance to farewell racing on top.

Somewhat remarkably, Sopressa hadn’t made a visit to the winners’ enclosure since May 2018 – 15 starts previously – when capturing the Group One Schweppes Oaks over 2000m at Morphettville.

“She (Sopressa) ran a decent race in the Warrnambool Cup in May and hasn’t looked back since,” co-trainer, Maher explained. “She takes a bit of maintenance but the muscle guys and manipulators have done a really good job with her. She’s a big, raw mare that gets a few little niggles and that was a great way to finish off.”

Sopressa might not be the highest profile mare heading to the breeding barn this spring, but the thing is, this horse has meant so many things to many. To Danny Molloy, who purchased the So You Think filly for $70,000 at the 2015 Inglis Great Southern Sale in Melbourne, to breeders Ken Dean and Cathy Webb, to Bucklee Farm which sold Sopressa and to Oaks pilot, Harry Coffey, a popular jockey who has spent his life battling cystic fibrosis.

For each of them, the Oaks success was a Group One first.

A Victorian based accountant, Molloy has around a dozen in work with various trainers, along with 12 broodmares based in the Hunter Valley, and, while he’s been involved in the industry for a while, Sopressa is clearly the pick of the bunch.

“I really liked Sopressa when I saw her at the weanling sales,” Molloy recalls. “The So You Think factor had a lot to do with it, but her mum, Hidden Strings, had been a very handy middle distance horse too, winning the (Group Two) Matriarch Stakes at Flemington and the (Group Two) Marsh Classic in Adelaide. She was also multiple Group placed.

“The plan for us was to buy and race an Oaks winner and that’s just how it turned out. Yet, while it all sounds terrific in hindsight, it doesn’t often come off the way you hope! You just enjoy it when it does.”

With at least seven Molloys getting a mention in the official ownership – “kids, brother, spouses, you name it” – one can only imagine D Molloy is a popular figure at family get togethers, particularly as Sopressa retires with four wins and seven placings for $645,620 in stakes.

Dean and Webb had to learn the art of patience too. The pair, at one stage, owned 25 mares and stood five stallions – under the Victorian Stallion Partnership banner – but their Group One winner was a long time in the making.

“We’d been in the breeding industry for over 30 years, but she was our first winner at the elite level,” Webb reveals. “We had bought Hidden Strings, in foal to So You Think, and also got a Written Tycoon filly and Warhorse colt out of the mare before selling her on. It might have taken a while, but trust me, it’s never too late to get your first Group One winner!”

Meanwhile, Leeanne Smith, whose Bucklee Farm – a boutique 70 acre property at Greta West in Victoria – prepped Sopressa for the Inglis Great Southern Sale, recalls that the filly looked a lot like her mum, Hidden Strings.

“We won’t be forgetting her (Sopressa) in a hurry, but I’ve still got my fingers crossed that we get a second Group One winner with Cliff’s Edge who we sold for $60,000 at the 2016 Inglis Melbourne Premier Yearling Sale and resumed with a very good third in the (Group Three) Bletchingly on Saturday.”

As for Hidden Strings, the Weasel Clause mare was sold to Rosemont Stud for $60,000 at this year’s Inglis Easter Broodmare Sale.

“She’s in foal to So You Think and will either head back to him this spring or be covered by Shamus Award,” Rosemont’s Anthony Mithen reveals.