Bargain Reef Is Keys To Sucess 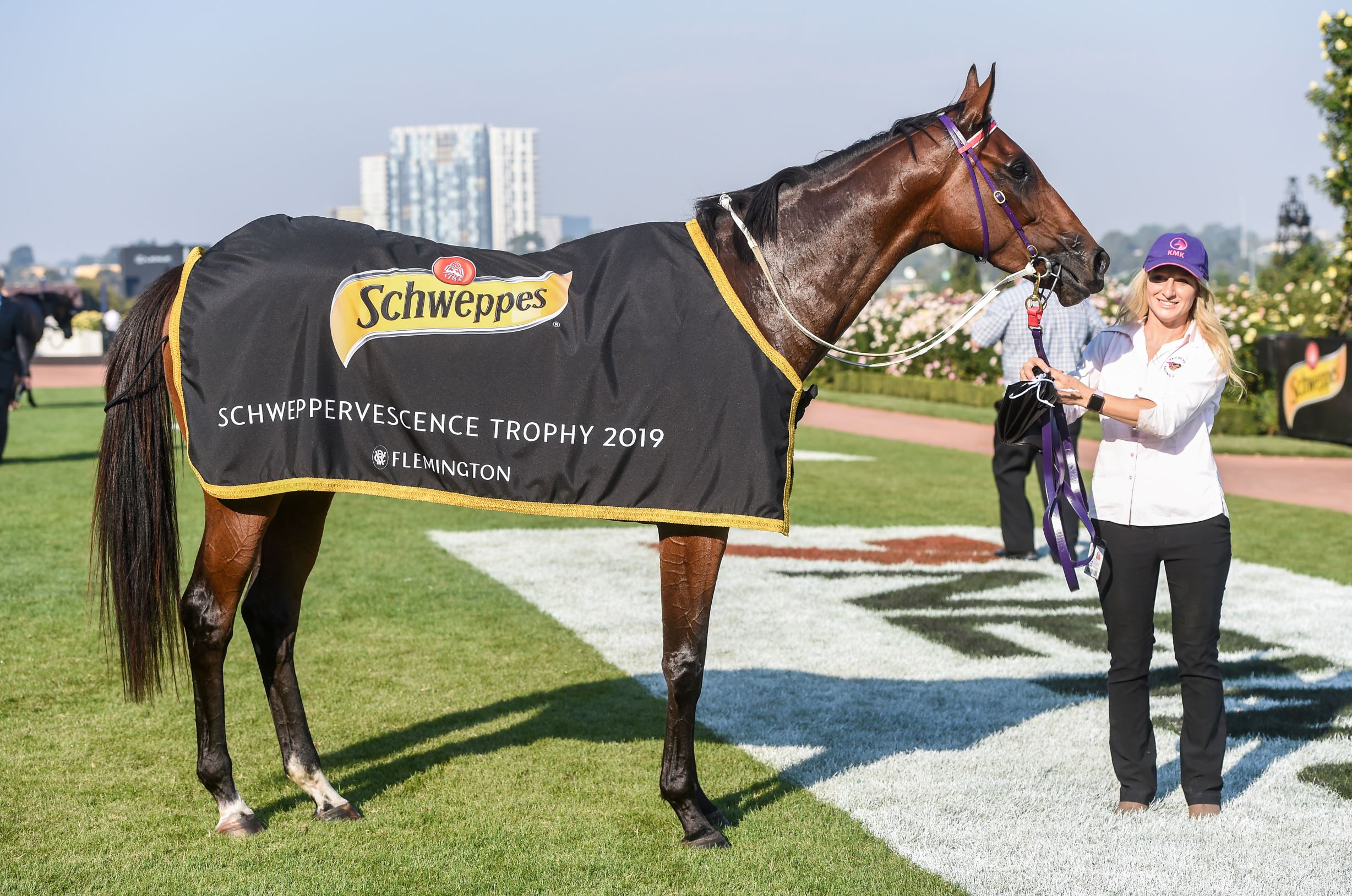 At the 2014 Patinack Farm Dispersal on the Gold Coast, Keys forked out $12,500 for a Lope de Vega filly, with his wife, Louise, keeping 75% and the remainder taken up by some first time clients of the stable.

On Saturday, that Lope de Vega – now a 5YO mare called Spanish Reef – won the Group Three Schweppervescence Trophy over 1600m at Flemington for the second year running.

With six wins and five placings from just 20 starts, Spanish Reef will next attempt to replicate her win in the Group Two Sunline Stakes at Moonee Valley on 22 March, a race she won by nearly three lengths in 2018.

“Pretty good isn’t it … I should do that every year,” the laidback, Keys, quipped.

All jokes aside, Keys has a habit of turning paupers into princes (and princesses) on a regular basis. With only around 20 in work at his Devon Meadows base, near Cranbourne racecourse, Keys has previously purchased such bargains as : Flushed, another Sunline Stakes winner, who would bank $316,050 after being purchased as a yearling in Melbourne for $7,000, plus 2017 Pakenham Cup hero, Like A Carousel, who was snapped up for $10,000 at the 2011 Tasmanian Magic Millions Yearling Sales before going on win $722,230 in stakes.
Meanwhile, Keys’s best horse, Rich Enuff, was bred by Louise and, courtesy of three stakes victories (including a Group Two Danehill Stakes) would win $574,450. Subsequently sold for stud purposes, Rich Enuff stands at a fee of $12,100 and has covered 353 mares in his first three seasons.

(Rich Enuff’s sire, Written Tycoon, is also a stablemate at Woodside Park Stud and stood last year at $110,000: albeit just $6,600 at the time of Rich Enuff’s conception).

So, what attracted Keys to Spanish Reef up on the Gold Coast?

“She wasn’t a ‘stand out’ by any stretch,” Keys reveals. “Quite ‘un-special’ if anything … a plain type of filly, but a very good mover and, when I was talking to David Brideoake later, he was telling me that he’d put a bid in as well, so there was definitely something there to catch the eye.”

Originally from King Island off the Tasmanian coast and a carpenter by trade, Keys shifted to the mainland over 30 years ago where he began training.

“My grandparents started farming on King Island and I grew up there,” Keys points out. “My brother, Robert, is still on the island and trains horses too, while another brother, John, trains in Tasmania.”

While Keys – if you’ll excuse the pun – has kept things relatively low key throughout his career, his daughter Kasey is playing a much bigger role in the stable and the pair has recently purchased a Zoustar colt for $150,000 at the Gold Coast Magic Millions Yearling Sale and a Dissident filly for $100,000 at the Inglis Melbourne Premier Yearling Sale.

True enough, but what the modest Keys failed to mention though is that winning major races from a small base helps too!

The sire of 52 stakes winners, the Shamardal stallion currently stands at Ballylinch Stud in Ireland at a fee of 80,000 euros.

While Lope de Vega’s Australian-bred progeny took a while to get their act together, they have gone gangbusters over the last two years with Santa Ana Lane winning four Group Ones last season and Vega Magic capturing two Group One sprints in 2017, while Spanish Reef was joined at Flemington on Saturday by another Lope de Vega stakes winner in Spanish Whisper (Group Two TAB Kewney Stakes).