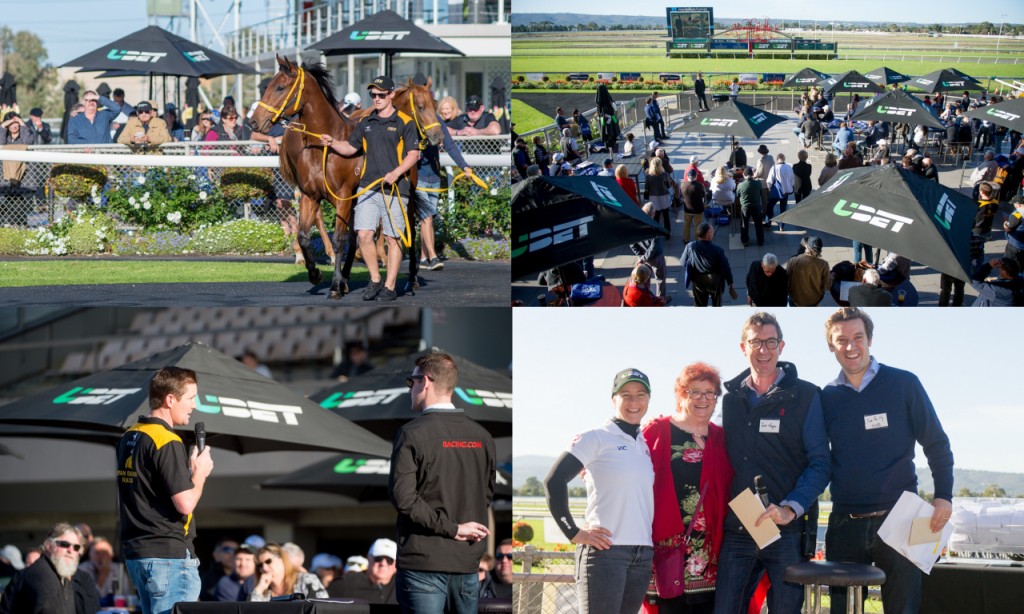 Australia has the greatest percentage of racehorse owners among its population than anywhere in the world and that number is not likely to drop any time soon. Especially when you take into account Aushorse’s Breakfast With The Stars at Morphettville racecourse on Sunday.

Aside from interviews with some of South Australia’s leading lights such as popular jockey Clare Lindop, the crowd was treated to working horses from the stables of Phillip Stokes, Leon Macdonald, Lloyd Kennewell, Ryan Balfour, Will Clarken and Chris Bieg.

Each of the trainers paraded a yearling too, including Tony McEvoy, and among the door prizes was a $5,000 voucher to be put toward one of the yearlings.

The lucky recipient was Ann Braybon, who had previously been to two Aushorse events and was going to spend the next couple of days mulling over which yearling to invest in. A tough decision based on the talent on display!

“It was a great morning with a large turnout,” Aushorse CEO Tom Reilly enthused. “The attendees were real enthusiasts, very knowledgeable and I was asked lots of questions about how to get involved in ownership.

“Aushorse’s aim is to put something on that would give people with a real interest in racing the opportunity to meet the Adelaide trainers and get a better understanding of what is involved in racehorse ownership.

“It was also a chance to drive engagement with the Autumn Carnival in Adelaide and I believe it was successful on both counts. I’ve heard from trainers who have already sold shares in some of the yearlings paraded.

“It was a collaborative effort and TRSA and SAJC, not to mention the SA Breeders, ensured the event was a triumph.”

Leading Adelaide trainer, Lloyd Kennewell was also pleased with the outcome: “It was a great initiative and ran very smoothly.

“Everyone seemed to enjoy themselves and hopefully highlighted the benefits of racehorse ownership to a few more people. These sorts of events can only get better and better. A terrific idea.”

Thoroughbred Racing SA’s CEO Jim Watters, is another fan of the concept and is definitely looking forward to future ‘breakfasts’.

“Those attending were genuinely interested and, fingers crossed, there are quite a few more new owners among them, but I was also pleased about the way it was embraced by local trainers.

“It’s usually the only morning off for a lot of them and there was a meeting at Port Augusta later in the day, but they were really enthusiastic about the whole thing. I got a lot of great feedback from both trainers and attendees.”