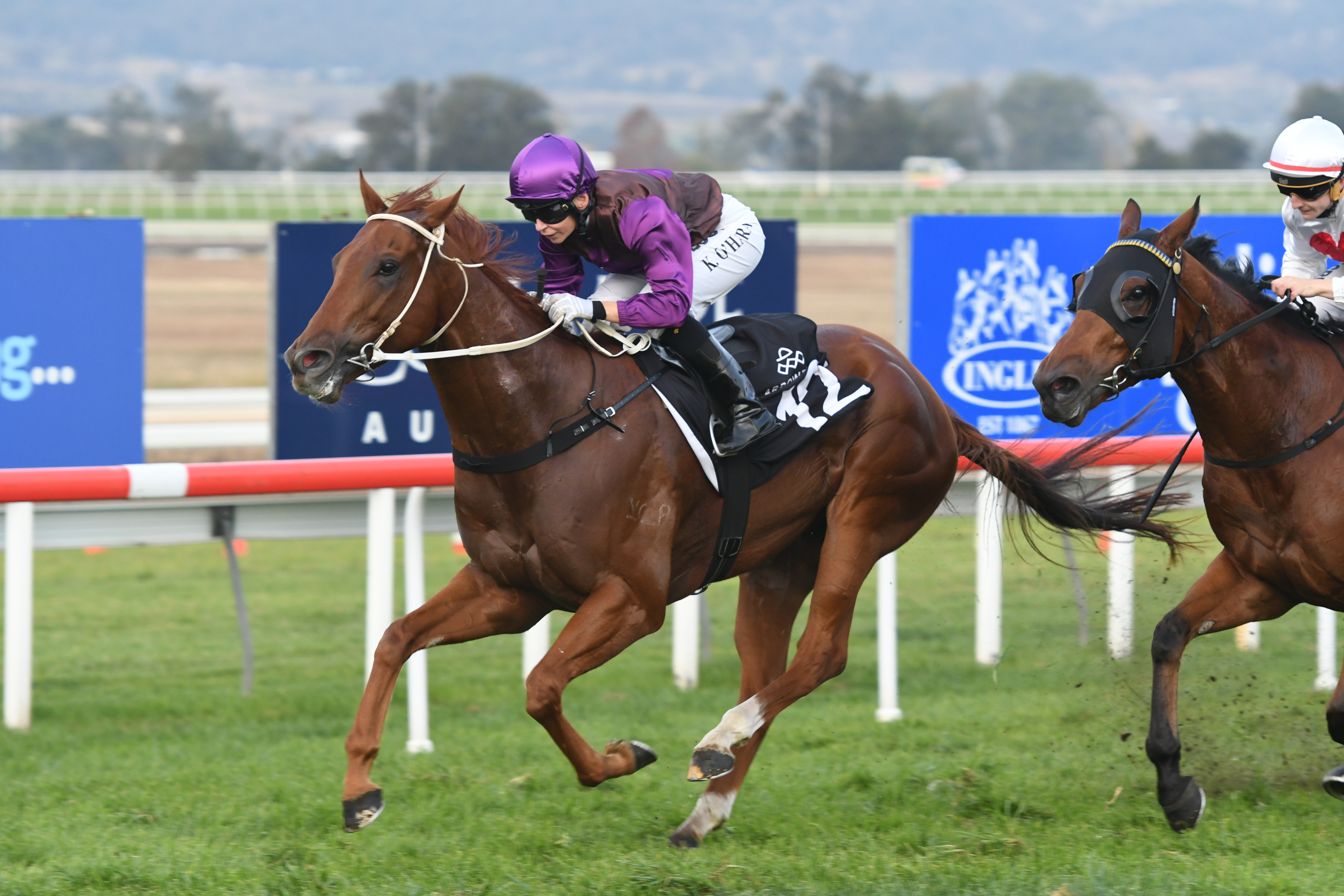 Patience is a virtue, possess it if you can …

Rob Sheahan was keen to purchase the County mare, Suzy Grey, when she was up for sale at the 2003 Magic Millions Gold Coast Autumn Weanling & Broodmare Sale, but found the $200,000 a bit too rich for his blood as she went through the ring. Consequently, the mare found a new home with leading breeder/owner, Stuart Ramsey.

It turned out to be an astute purchase for Ramsey as the mare went on to win a Glenlogan Park Stakes and Eye Liner – both at stakes level – before being retired to stud.

However, after five springs and just the sole winner (Hebron Road), Ramsey put her through the ring again, in foal to Jet Spur and this time Sheahan swooped.

Actually, it was bloodstock agent, Steve Brem, who did the swooping and paid $46,000 at the 2009 Magic Millions National Broodmare Sale on behalf of Sheahan.

“Steve reckons it was probably his best day’s work,” Sheahan recalls. “She was blind in one eye and a bit of a breeding nightmare. It could go either way.”

Still, Sheahan found gold from the jump. Suzy Grey’s Jet Spur foal – Qfighter – won five and nearly a quarter million; the next foal, Diamond Fund (by Snippetson) won six and over $200,000; while the third under his patronage, a Nicconi filly called Istimewa, only won a maiden, but a winner nevertheless.

Number four for Sheahan, however, looks to be right off the top shelf with Quatronic – also by Nicconi – winning his seventh race on Saturday (from only 11 starts) by capturing the Listed Arrowfield Ortensia Stakes over 1100m at Scone.

“Matt Dunn has done a great job with this horse and he (Quatronic) flew home in 33 seconds, so it was always going to be hard for them to catch him,” Sheahan adds. “Matt reckons Quatronic can run around 32.5 seconds at home on the track and I reckon he’s fairly underrated.

“Quatronic was also entered to run at Doomben and based on his effort on Saturday, I wouldn’t have put it past him to win the (Doomben) 10,000!”

Racing and breeding horses since the early 1990s, Sheahan only dabbles here and there and had a “small share” in the Group One Doomben Cup winner, Mr Bureacrat, who was trained by Warwick Hailes at Hawkesbury (where Sheahan was course doctor for 20 years before moving to NSW’s North Coast).

“I really like those County mares,” Sheahan points out. “Mr Bureacrat and All Black Gold are out of Explanation and while the County’s are often dismissed as just being speed influences, Mr Bureaucrat won a Doomben Cup (2200m) and All Black Gold a Gloaming (1800m).

“A lot of breeders would prefer to send a County mare to more of a staying sire but Nicconi has clearly worked well on this occasion with Suzy Grey … and Nicconi was an out and out flying machine.

“All credit for that mating though goes to my son, Tom, who is a real thoroughbred enthusiast and is currently doing the Equine Management course at Marcus Oldham in Geelong.

“Apart from Tom’s advice, I like the stallions at Widden along with the service you get there. I don’t pay big money for service fees and I go to horses like Snippetson and Nicconi because they’re such great value.

“I’ve got a share in Bel Esprit and I keep joking with Ryan McEvoy (Widden’s Nominations Manager) that I’m going to breed the next Black Caviar with my Snippetson mares, Diamond Fund and Little Bit of Suzy, which are both out of Suzy Grey. With the double cross of Vain, and the Snippets in there, it gives you very similar lines to Black Caviar.

“You can only hope!”

Although Suzy Grey has now been pensioned (she has a Your Song yearling which will be retained), Sheahan is delighted the mare is now back with Jacobsen Bloodstock in Queensland.

“She was bred and raced in partnership by the Jacobsens before Stuart (Ramsey) got her so it’s nice to see that she’ll live out her days at the place she was born.”

Quatronic was one of two stakes winners for Nicconi on Saturday with Tony McEvoy’s Time Awaits waiting for no-one in the Group Three UBET Sires’ Produce Stakes over 1400m at Morphettville.

While Time Awaits had previously won the Listed Cinderella Stakes at Morphettville in March, Quatronic became Nicconi’s 12th stakes winner and the dual Group One winner will stand this season at a fee of $16,500.